St. Baldrick’s Fellow Dr. Wendy Rhoades has developed a new tool that could save lives — a blood test that can detect whether a patient has bone cancer. Read on for more about her incredible work and how it could help kids with cancer. 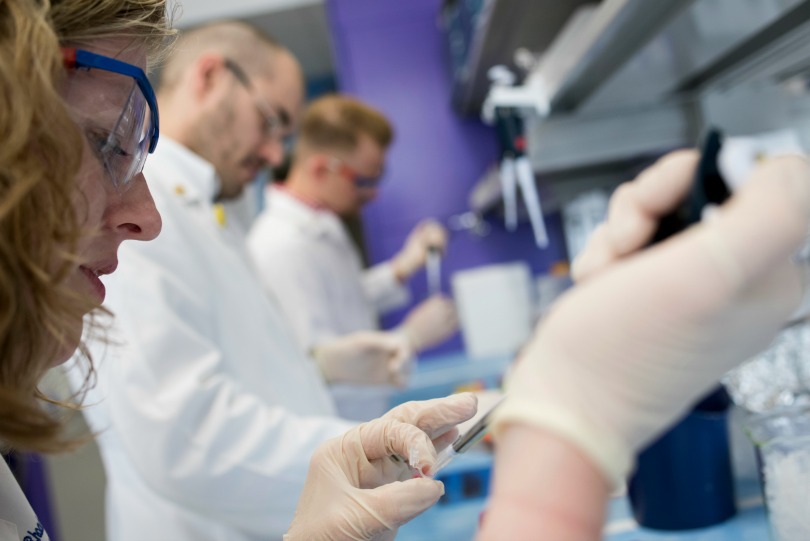 What if a simple blood test could detect childhood cancer?

That’s exactly what Dr. Wendy Rhoades is looking into with her St. Baldrick’s-funded research.

One morning in the summer of 2013, Alyssa awoke to discover she couldn’t walk. The pain was intense and persistent. What her family thought was growing pains continued beyond that morning and into the next and the next. 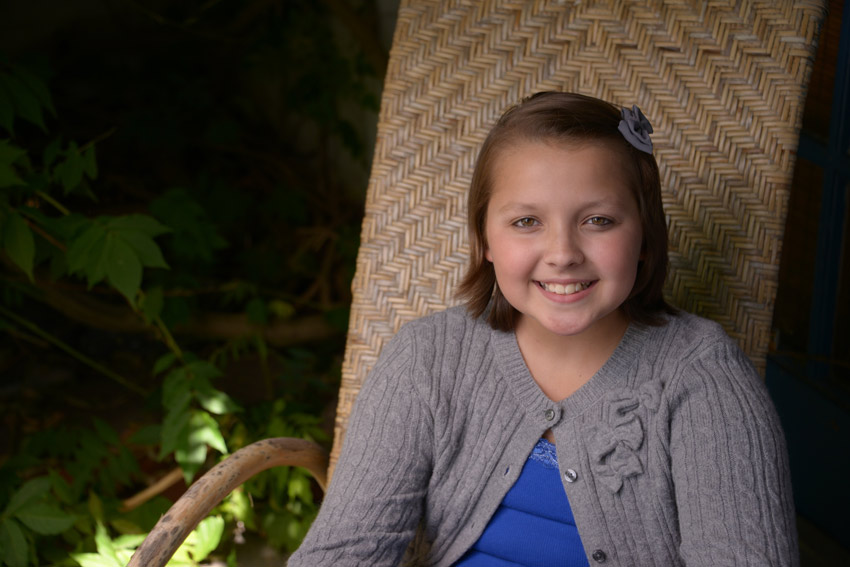 alyssa ambassadors ewing sarcoma sarcoma
Do What You Want

‘Racing for a Reason’: Alex’s Ironman Triathlon for Caroline Richards

Alex Penny is a physical therapist who recently completed a grueling Ironman triathlon. His inspiration? A former patient, Ambassador Caroline. “She gave me the courage to fight through every cramp and all the nausea and exhaustion of training this past year,” Alex writes. Read on to see how Ambassador Caroline pushed Alex to keep going — and to raise over $4,000 for childhood cancer research along the way. 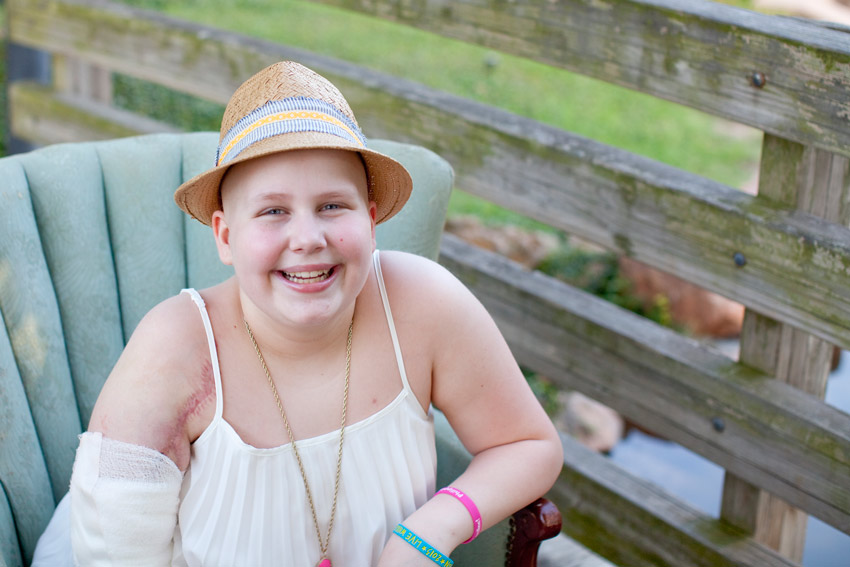 Caroline was diagnosed with osteosarcoma in January 2014 and spent much of that year in the hospital in Houston.

This past Labor Day wasn’t about long weekends, trips to the lake or backyard BBQs. I was riding my bike 100 miles on Saturday, running 18 miles on Sunday and swimming 2 miles on Monday. A typical training weekend for me, over the last year anyway.

I am a physical therapist at a major cancer hospital in Texas. I specialize in the rehabilitation of pediatric bone tumor patients, most often following major orthopedic reconstructive surgeries. This is how I met Caroline Richards and her family.

ambassadors caroline do what you want osteosarcoma sarcoma
Survivors

How St. Baldrick’s Helped Me Get Through Childhood Cancer Treatment

Nothing about fighting cancer is easy, and it doesn’t help being a lone adult in the pediatric cancer ward. As a 25-year-old diagnosed with pediatric osteosarcoma, Mina Schultz found herself sinking into depression with no end in sight — until she went to a St. Baldrick’s event. Mina shares her story. 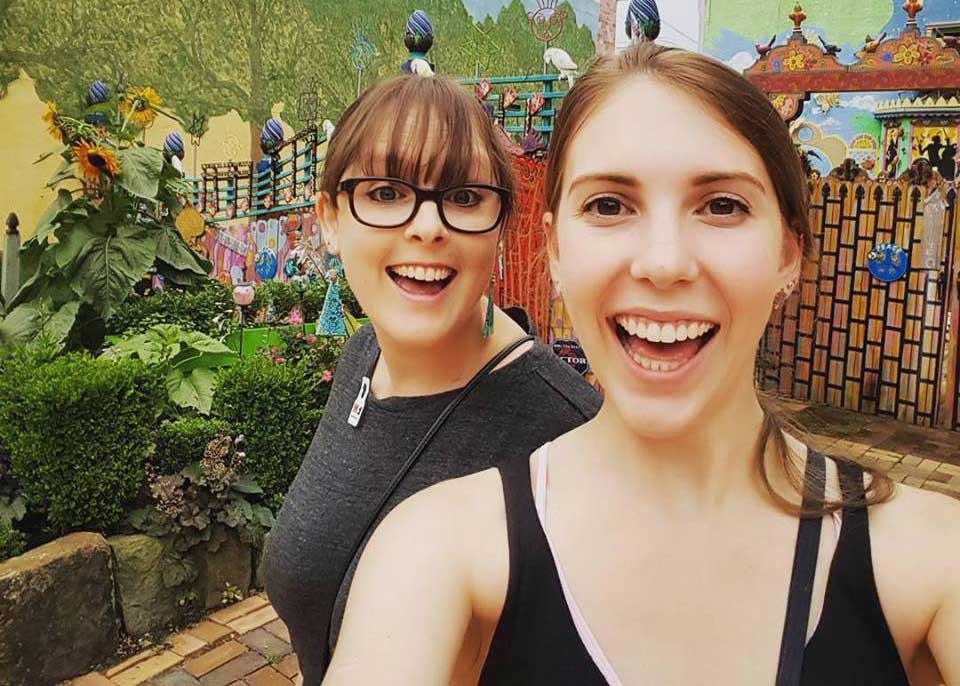 Mina, left, smiles with a friend. She is now four years post-treatment for osteosarcoma.

When I was diagnosed with osteosarcoma in June 2011 at age 25, I saw four oncologists before one said, “Sure, we can treat that.” What made this fourth doctor different was that she was a pediatric oncologist.

Honored Kid Victoria, nicknamed Tori, was diagnosed with osteosarcoma just over a year ago. Now the 9-year-old is back playing basketball with her friends, which is her favorite thing to do. “I learned a lot from her this year, just about being positive, sticking with it, trying not to let things get me down and trying to find the good in stuff,” said her mom, Erika. “She taught us all a lot, I think, just being so strong.” 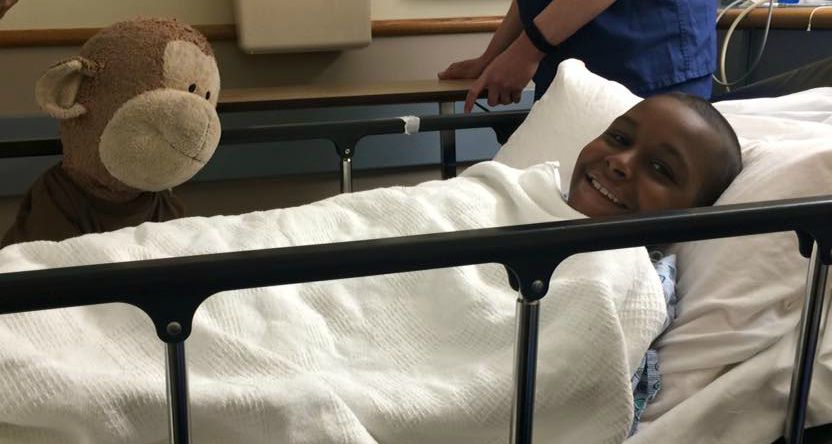 Tori smiles alongside her stuffed monkey as she’s prepped for surgery.

Armed with her megawatt smile, that was the way Tori handled everything childhood cancer threw in her way — she stayed positive.

Earlier this year we lost an exceptional smile and friend in Ambassador Caroline. Her uncle Dave Lugar describes her bright spirit, her “daily zest to look her best,” and how he’s committed to fight childhood cancers in her honor. 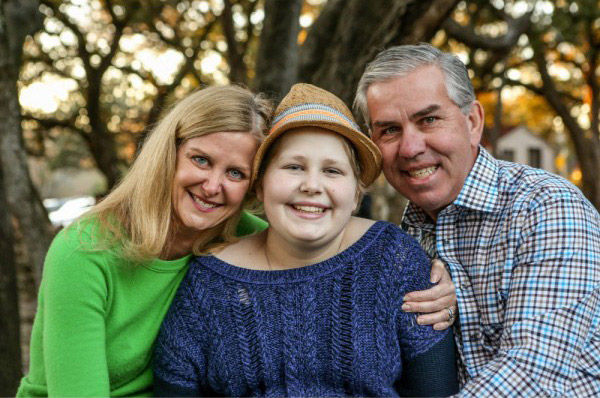 On January 4, 2014, we learned that our then-11-year-old niece, Caroline Richards, was diagnosed with osteosarcoma, a somewhat rare form of bone cancer that typically impacts children and adolescents. We of course put on our brave faces, did our research, and encouraged Caroline and her parents with everything we had. We were in this together and we were there to help.

An avid athlete, Josh had a simple way of looking at his treatment for osteosarcoma — just do it. Now cancer free, Josh braved the shave in March, raising funds for vital research and cheering on other kids with cancer.

Josh went through chemotherapy and surgery for osteosarcoma. Always passionate about sports, he has played baseball since the age of three. Now entering his senior year of high school, Josh looks forward to playing baseball in college.

Josh doesn’t let anything get between him and the sports he loves, including being diagnosed with childhood cancer.

It was January of his freshman year of high school when Josh got the news that he had osteosarcoma, a cancer of the bone. The next day his basketball team had a big game.

Lori Del Vecchio is the mother of two boys and a girl, Emily, who was diagnosed with childhood cancer in 2011. Emily passed away a couple days before Mother’s Day just a year later. With the holiday on the horizon, Lori reflects on how Mother’s Day has changed.

Lori with her two sons and Emily during the little girl’s Make a Wish trip.

I Took My Story to Congress, and So Can You

by Danielle Leach, Director of Government Relations and Advocacy, St. Baldrick's Foundation May 4, 2015

Danielle Leach, our Director of Government Relations and Advocacy, received an exciting invitation last month — she was asked to speak to the House Appropriations Committee. Step into her shoes as she recounts her experience testifying to Congress about childhood cancer and the need for research funding.

Fundraising to the Max: Max Magilnick Hits $50,000 and Keeps Going for a Cure

The siblings of kids with cancer are heroes in their own right. Superstar fundraiser Max Magilnick is the 14-year-old brother of St. Baldrick’s Ambassador Emily. “When I started, all I thought that I was going to raise was $1,000 at the most extremely most,” he said. But while sharing his story, shaving and raising vital funds, he discovered just how powerful he could be. 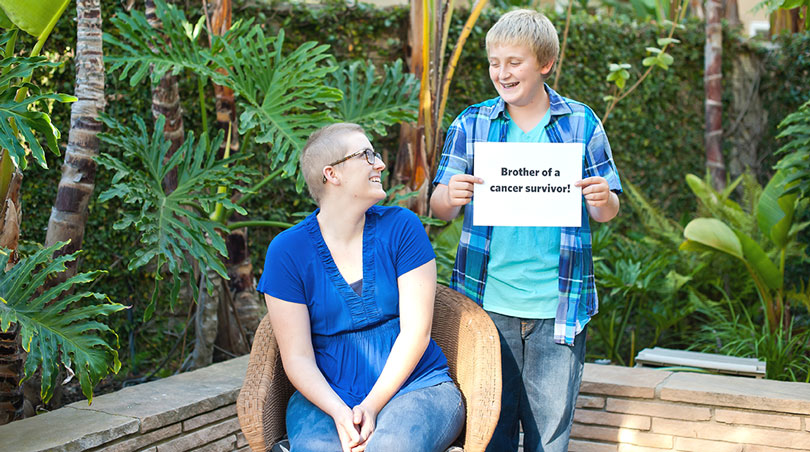 Emily and Max while she was being treated for osteosarcoma.

It was the winter of 2011 and Max felt helpless. His beloved sister, Emily, had just been diagnosed with osteosarcoma, a cancer of the bone.

What could a little brother do to help?

Turns out Max could do a lot — during four years of shaving and fundraising with St. Baldrick’s he’s blown past his goal of $50,000 and raised about $63,000 for childhood cancer research.