What Is Proton Therapy? 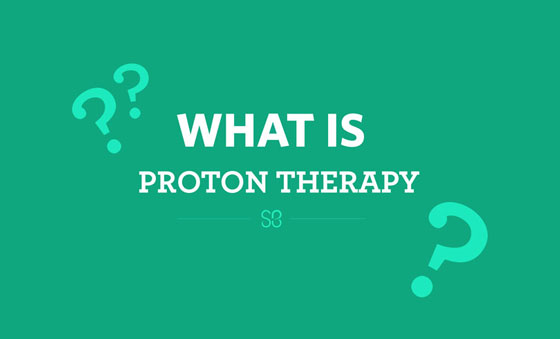 Dr. Ralph Ermoian is a radiation oncologist and St. Baldrick’s infrastructure grant recipient at the University of Washington. He explains what proton therapy is, how it works, and how this treatment is helping kids and adults with cancer.

What is proton therapy?

Proton therapy is a type of radiation used commonly for children with cancer. Like traditional x-ray radiation, it is used to treat cancers, but proton therapy affects less of the healthy tissue surrounding the tumor.

How is proton therapy different from traditional x-ray radiation?

In traditional x-ray radiation, multiple x-ray beams are aimed at the tumor. The radiation is concentrated on the tumor, but some of the x-ray radiation goes through the tumor and into the surrounding healthy tissue.

Proton therapy is more targeted. With proton radiation, we can make the radiation beam stop so it doesn’t go through the tumor, causing less damage to the surrounding healthy tissue.

In patients of all ages, being able to spare healthy tissue from radiation effects is a good thing. But for children whose bodies are still growing and maturing — and who we hope will live many decades after surviving their cancers — this is particularly important.

What are common side effects of proton therapy?

I tell all my patients that they won’t feel the radiation come into their body, there is no burning sensation, and they will not be radioactive. Children are sometimes disappointed to find out they won’t glow because of radiation. Nor do they get superpowers!

However, over time, side effects tend to accumulate in the areas that are treated. They can include:

Ultimately, the side effects will depend on where the tumor is.

BLOG: ATRT Is No Match For Ben >

Where is proton therapy available?

There are only 15 cancer centers in the United States that offer proton therapy. These centers are located primarily in large cities. Most centers have programs to support families who have to travel to receive the treatment.

How do I know if proton therapy is right for my child?

The most important step is to ask your child’s oncologist if proton therapy is right for their cancer. Proton therapy has many benefits, but it may not be the best treatment for your child.

There are two questions a doctor and the patient’s family must answer before deciding if proton therapy is right for a child.

Not all children with cancer need radiation as part of their treatment.

In other cases, if proton radiation is accessible and the cancer is treatable, the doctor may recommend proton therapy. This form of radiation is used commonly with brain tumors, rhabdomyosarcoma, Ewing sarcoma, and Hodgkin lymphoma. The decision is always made case by case.

Childhood cancer cures start with you. Get involved today.