Chase’s Dad Pounds the Pavement for a Cure

Earlier this month, Ambassador Chase’s dad, Bob, ran a marathon to raise money for childhood cancer research. He also raised awareness in a big way — read all about it in Chase’s mom’s account of the day. 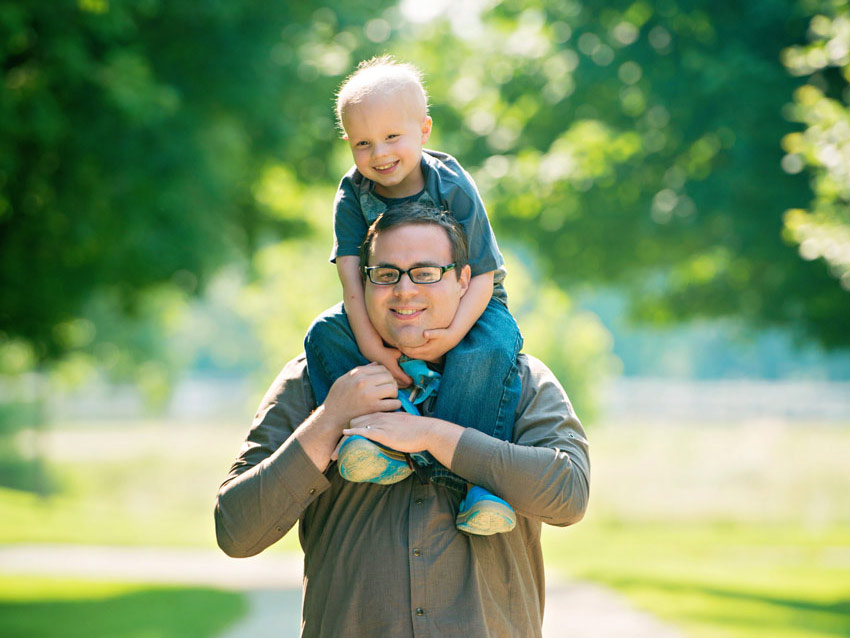 For five hours and 31 minutes he pounded the pavement, putting his feet to his purpose. And for all those hours and all those miles, past crowds, houses and fields in the November sun, he ran holding a sign in the air — “Chase Away Cancer.” 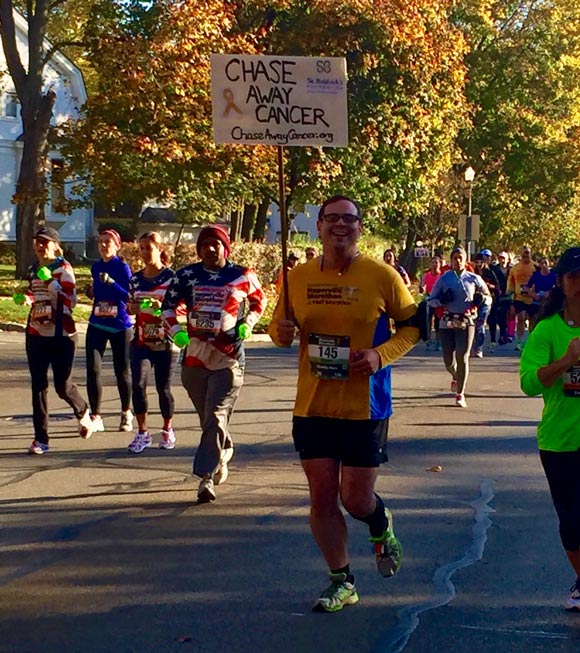 Bob held a sign through the entire marathon to “Chase Away Cancer.”

And he told me that although he kept his headphones in his ears, he never needed them. Instead, he talked to the people around him. People who came alongside him to talk about his sign because they were survivors, neighbors, family, friends — each one a person whose life had been touched by cancer.

The morning of the race, as he geared up and prepared to walk out the door, Chase and his fuzzy head stumbled down the stairs before the sun was up, urging him to run fast, not slow down, and “Run like me, Dad.”

And then Chase covered his fuzzy head against the frost and cold and stepped out along the route to cheer the runners on, holding a sign alongside his crazy, cheering grandfather, proclaiming that “sweat is liquid awesome.” 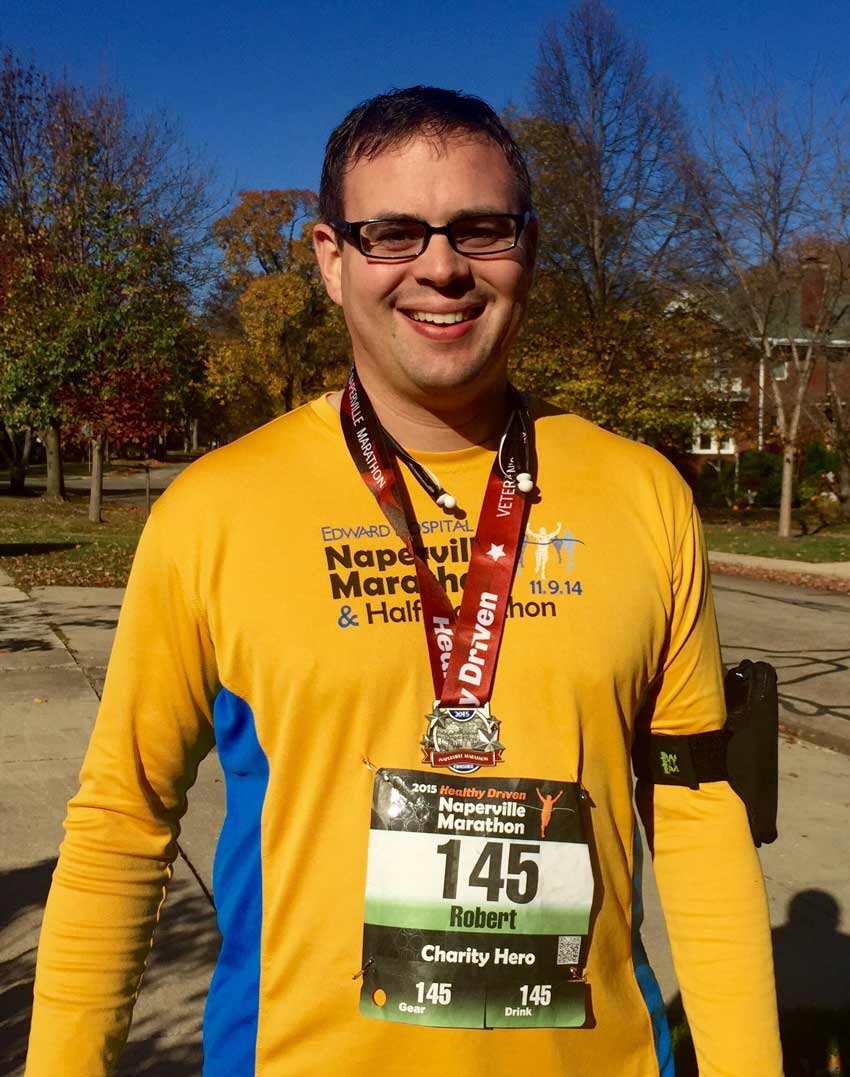 Bob standing with his medal after his 26.2-mile race.

Five hours and 31 minutes later, Bob crossed the finish line for Chase and fighters and parents and friends everywhere.

And he wasn’t alone. You put your hearts into this race with him, raising over $5,000 for St. Baldrick’s in their tireless efforts to chase cancer far, far, away.

Bob’s race is over, but his fundraiser is still running strong. Give today.