What happens when kids get together to help other kids with cancer? A lot of heads get shaved! Check out these photos from Chatfield Elementary School — they’re bound to make you smile. 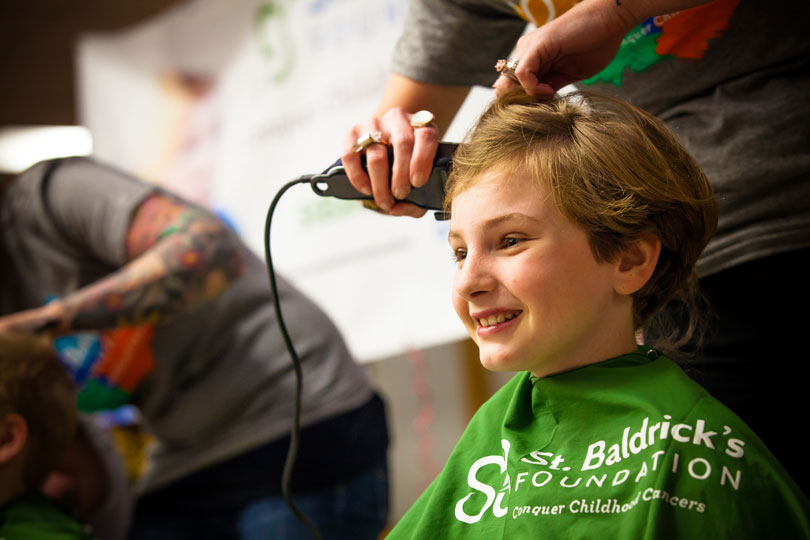 Since 2008, VEO Robyn Carmine and her family faithfully drove three hours to Denver, Colorado, to participate at the Fado Irish Pub head-shaving event.

Then an idea dawned on her. “Why am I driving so far each year to an event when I could just start one in my own hometown?” Robyn thought.

She quickly turned her idea into a reality and became the volunteer event organizer (VEO) of the first-ever St. Baldrick’s event in Grand Junction, Colorado, in 2012.

This year, Robyn decided to go one step further. She asked herself, “For an event that’s all about helping kids with cancer, why don’t we have an event that’s just for kids?” 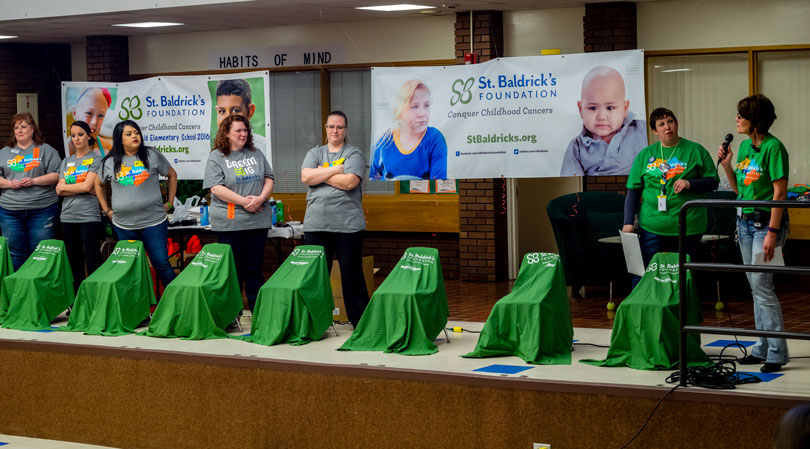 With that, she organized a second head-shaving event at Chatfield Elementary School where she teaches second grade. 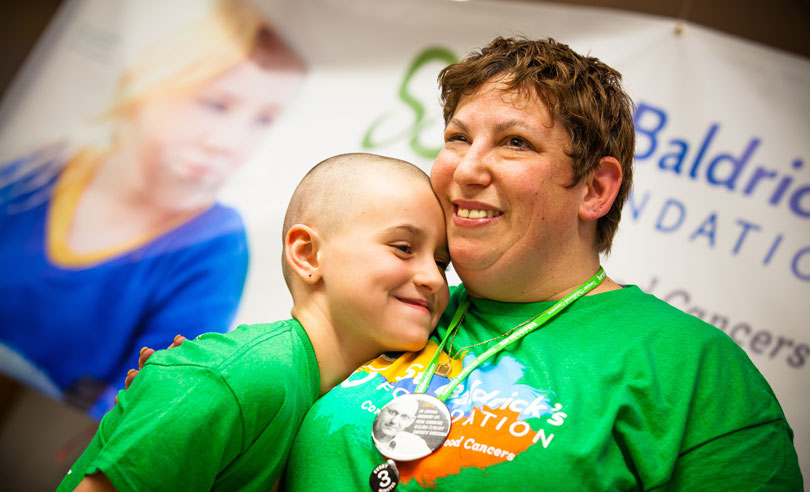 On February 19, students from first through fifth grade united with teachers and faculty for one purpose: to raise money for childhood cancer research. And they had a ton of fun in the process!

“We brought some more community attention to our school,” Robyn said. “And we got to show the kids the importance of empathy for other people and doing things for others.” 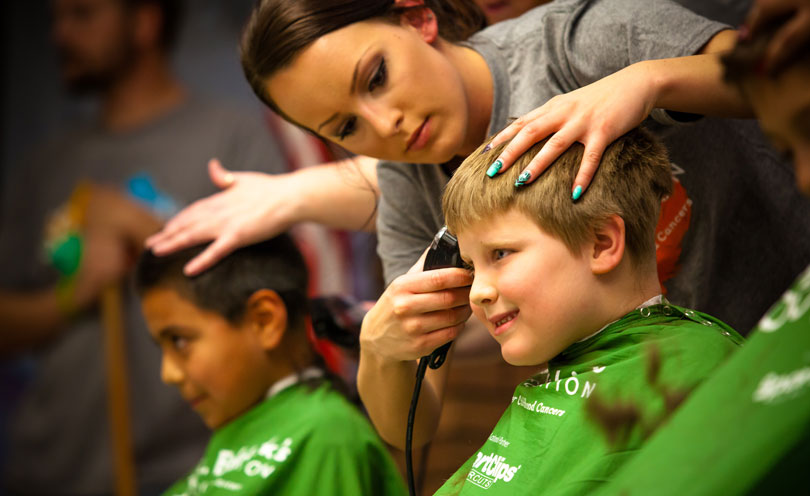 The event was a huge hit. Thirty-seven students and five staff members shaved. 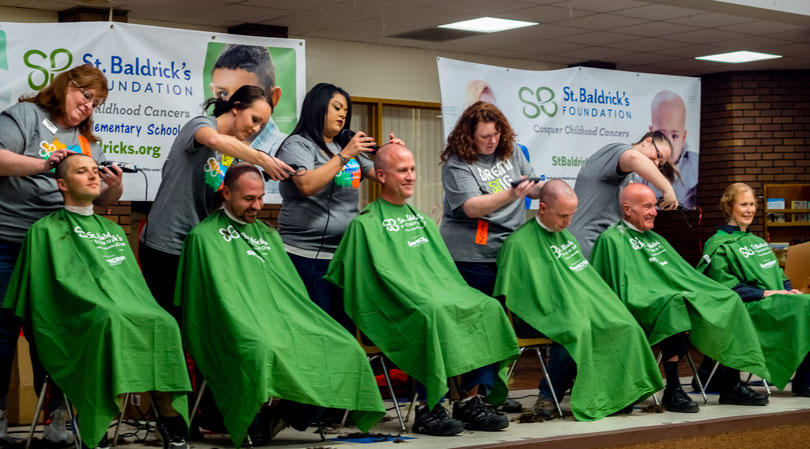 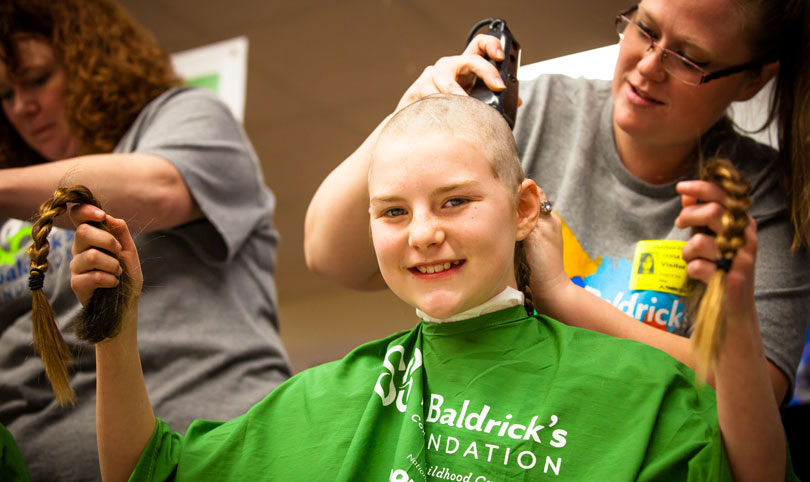 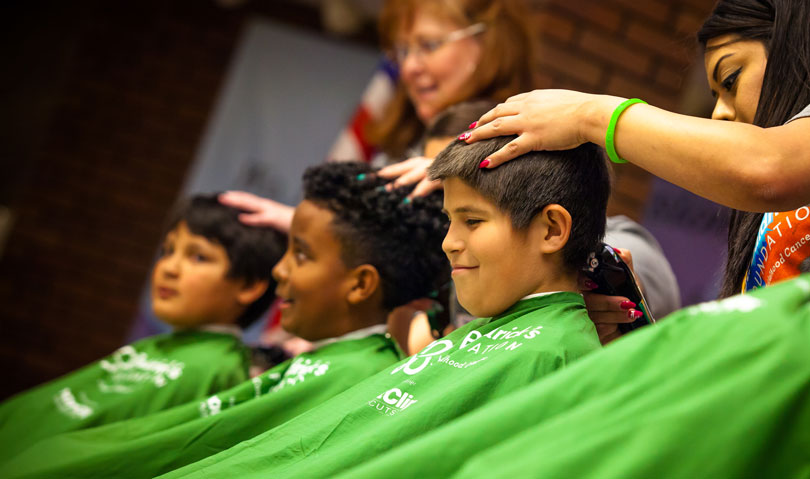 The students cheered loudly in support for one another as each said goodbye to their hair. Though the event was only the length of a school assembly, the excitement in the air made it memorable.

Visitors who came to see the event were amazed by how encouraging the students were for each other. Robyn recalled one newscaster saying, “I’ve never heard so many kids chanting other kids’ names and cheering them on like that.” 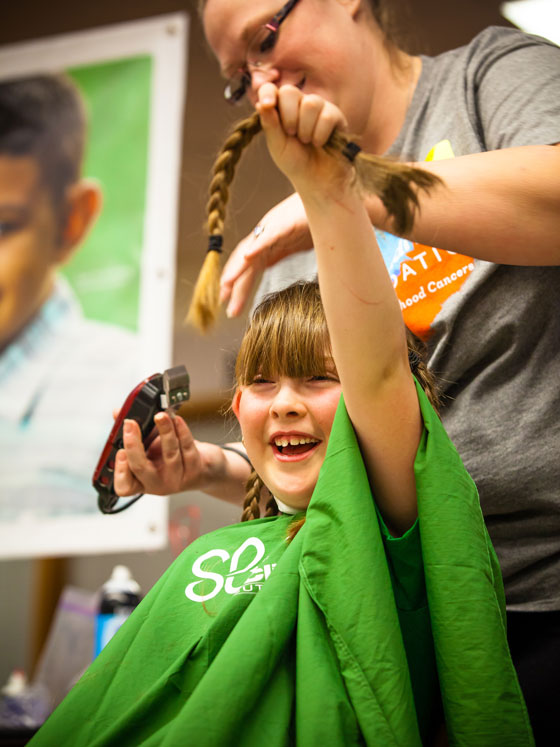 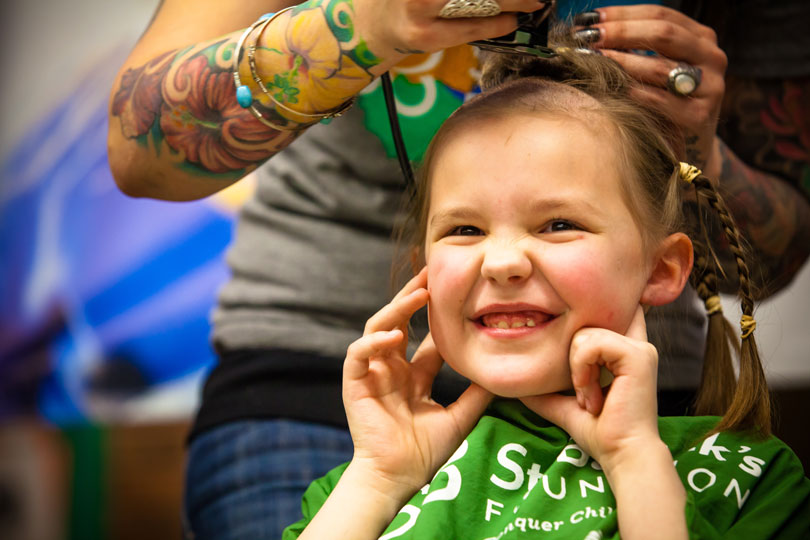 The kids got a fun surprise when their principal, Jennifer Smyth, went under the razor. She, along with her husband and father, joined in on the head-shaving to show support. 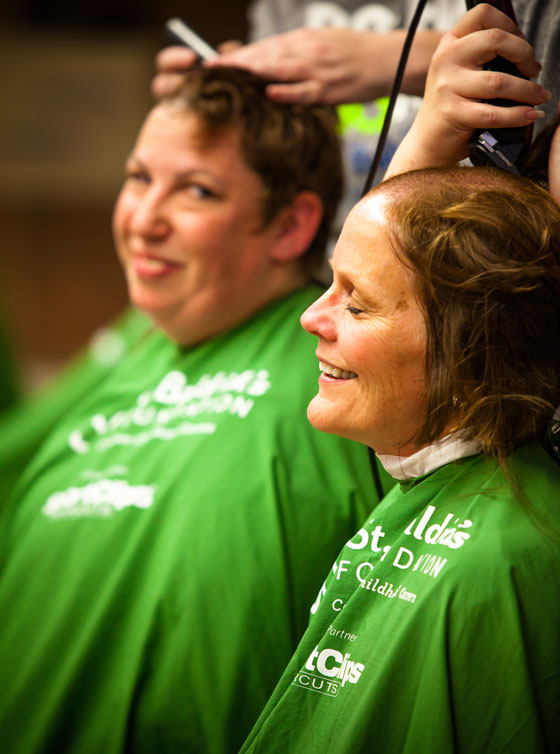 It was only the event’s first year, but Robyn can already see it growing into something much bigger. “Maybe one day we’ll have events on the same day at different schools throughout the district,” she said. 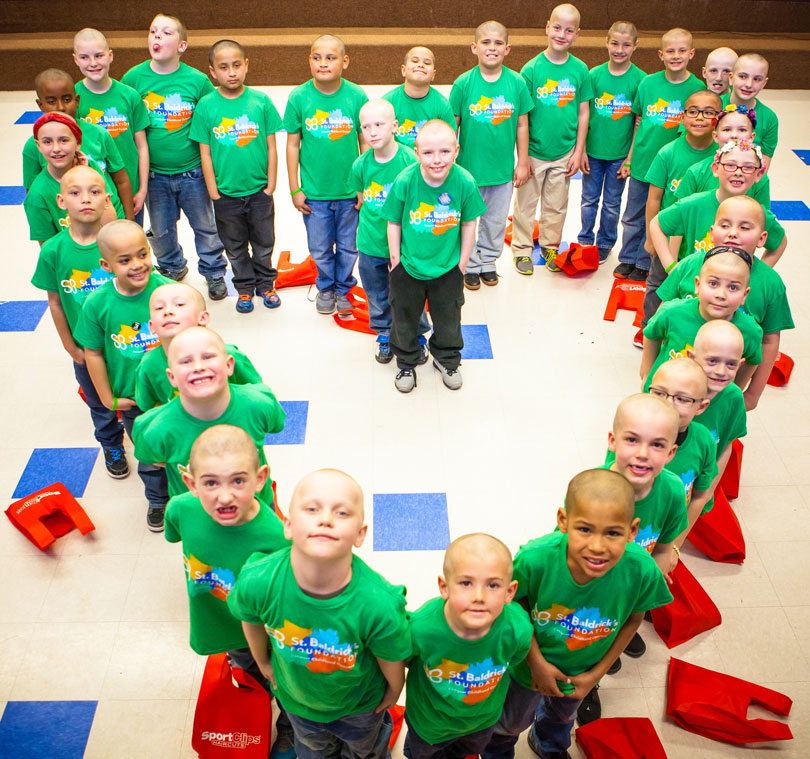 Now that’s an idea we can get behind!

Like Robyn, you can start a St. Baldrick’s event right in your own community. Get started today.