They say a picture is worth a thousand words. But what about the photographer’s words behind the picture? Casie Shimansky has been shooting St. Baldrick’s events since 2011, and she shares how her passion has grown, what fuels her fundraising fire, and how her life has changed since she got involved. 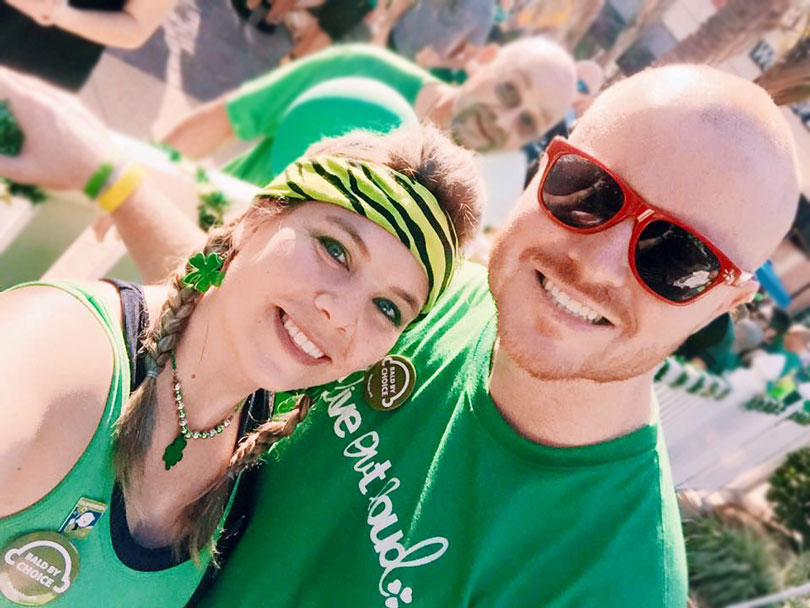 To be honest, I’m not even sure I knew what passion was until St. Baldrick’s found me.

The year was 2011. It was an ordinary day in Florida — bright, sunny, warm — as I drove my Mini Cooper south to the town of Melbourne, not knowing that within hours, my life would change.

A few months back, I’d gotten a call from a man named Garrett. He told me about a little event he wanted to put together for a childhood cancer foundation called St. Baldrick’s. As he told me about the children with cancer and the money we’d raise for research, I said yes.

It was a no brainer. Whatever they needed, I’d be there. 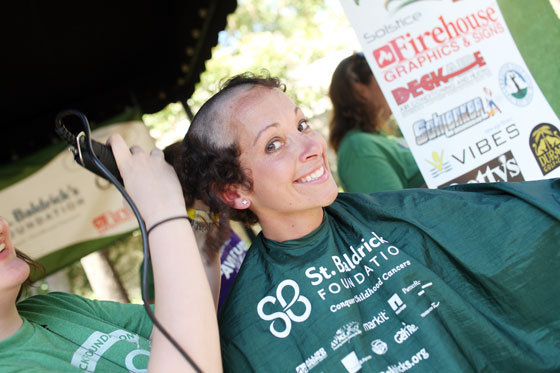 So there I was, camera in hand, weaving through the crowd in search of Garrett. The bar was slammed with people in full St. Patrick’s Day mode.

I had no idea in those moments how much my life was changing, but it was. I had no idea what I was doing, but I knew it mattered. 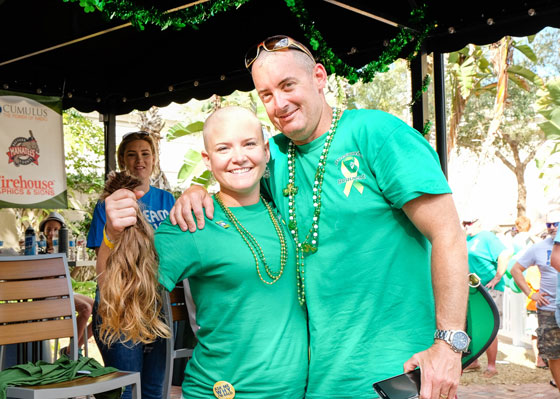 The next year, our St. Baldrick’s event had grown. People who were strangers just one year ago now were like family. I knew there’s nowhere else I’d rather be. 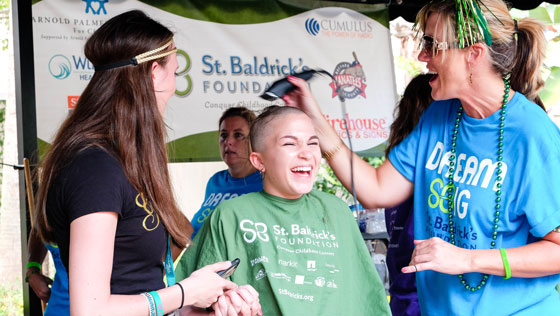 As my passion grew, I created a St. Baldrick’s team. Team Live Out Loud is dedicated to the memory of my sister, Kellie, who died in April 2004 — not from cancer, but from unknown causes.

And really, it doesn’t matter how she died. She’s gone, and left in her place is a beating in my heart that will not allow me to go in any direction but forward.

Because of her, I live out loud. The team name seemed more than fitting. That’s what I want for these kids, too — a life lived out loud. 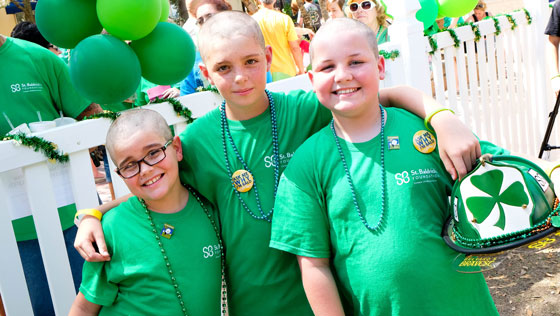 And as the years have gone by, friendships have grown and a community has formed. We’re not just people with big hearts. St. Baldrick’s Brevard is a fiercely passionate family now, determined to reach our goal. In just five short years, we’ve raised over $1 million for children’s cancer research. 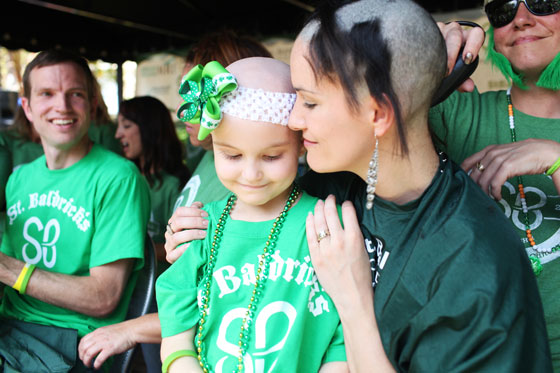 Six years ago, I drove to Melbourne not knowing what the day would bring. Today, I can tell you St. Baldrick’s has changed my life and has shown me what true, unyielding passion is.

Our St. Baldrick’s event, to me, is nearly eight hours of non-stop, passion-fueled, emotionally-charged action. It’s a day of reconnecting, of laughter and of tears. 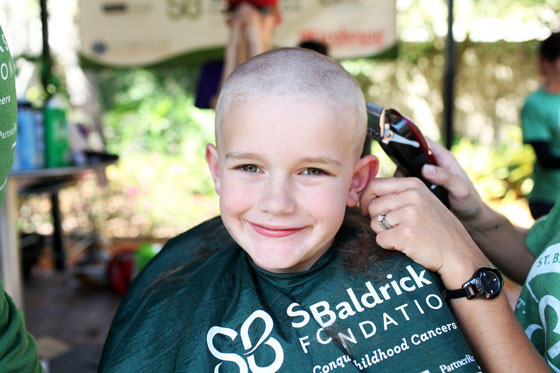 The St. Baldrick’s Foundation is changing the lives of so many, especially those of families who hear the words “your child has cancer,” every three minutes, every day. Awareness and action — your time, your donations — fuel lifesaving childhood cancer research.

We can save our kids. This starts with us.

We’re changing the lives of kids with cancer everywhere. Join us.