My Reality as a Father of a Child with Neuroblastoma

Jeff’s younger son, 3-year-old Micah, is fighting childhood cancer for the third time. There is no known cure for Micah’s cancer, so Jeff is raising money for children’s cancer research with the hope of finding one. Donate on his page. 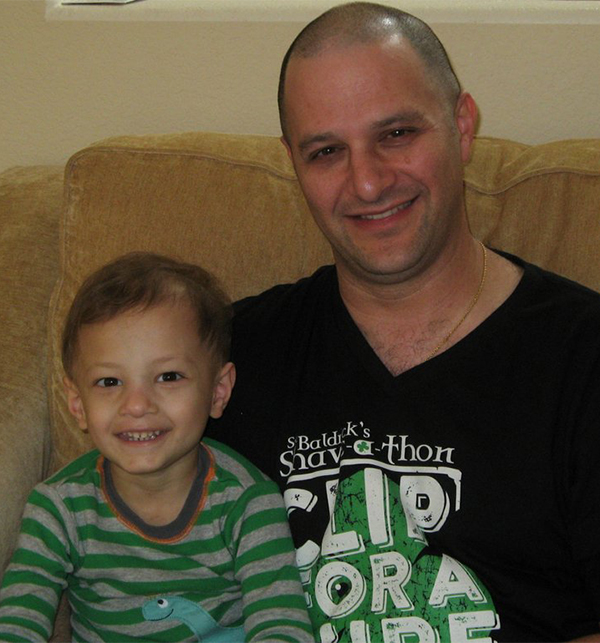 Jeff and Micah after Jeff shaved his head for St. Baldrick’s.

Sometimes I still find it strange that I’ve been a dad for nearly seven years. As I’m sure all parents realize, time flies by all too quickly.

There are, of course, the occasional moments during which it’s just the opposite, where time seems to stand still: a first step, questions that are insightful or hilarious (or both), the first day of school, a first time riding a bike with no training wheels.

Or when a doctor tells you that your child has a tumor.

That kind of moment not only stops time, but also forever changes your life. It’s not the kind of moment any of us expect when we become parents. But it’s a moment that my wife and I will forever share. 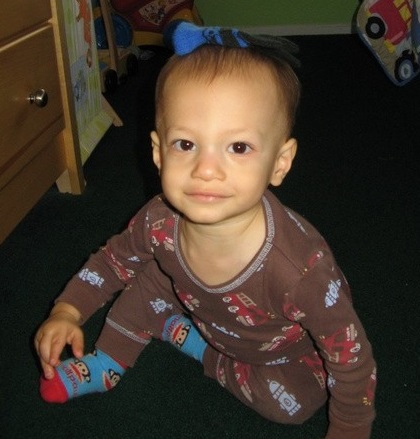 Micah just before he was diagnosed with neuroblastoma.

On March 2, 2012, our younger son, 15-month-old Micah, was diagnosed with what we soon learned was high-risk neuroblastoma, a type of cancer in children.

That moment started a fight that’s been going nearly nonstop for more than two years. Micah has gone into remission twice, and has twice relapsed. He’s currently fighting that second relapse.

It’s crushing when I read or think about the odds he faces, not just of surviving neuroblastoma, but of facing future problems brought on by the very treatments that we hope will save him now.

It’s maddening to know that there’s not nearly enough funding for the research that could save his life.

It’s heartbreaking when I see the scars he bears from surgeries and procedures.

It’s exhausting staying on top of appointments, medications, paperwork, and coordinating between different hospitals, all while working and trying to keep some semblance of a normal life for all of us when we’re at home.

It’s frustrating, because being the parent of a 3-and-a-half-year-old certainly has its days, cancer or no cancer.

It’s terrifying to know that there’s no known cure for relapsed neuroblastoma, and that the best we can do is learn what clinical trials exist and hope that we’re choosing the right one.

It’s maddening to know that there’s not nearly enough funding for the research that could quite literally save his life. 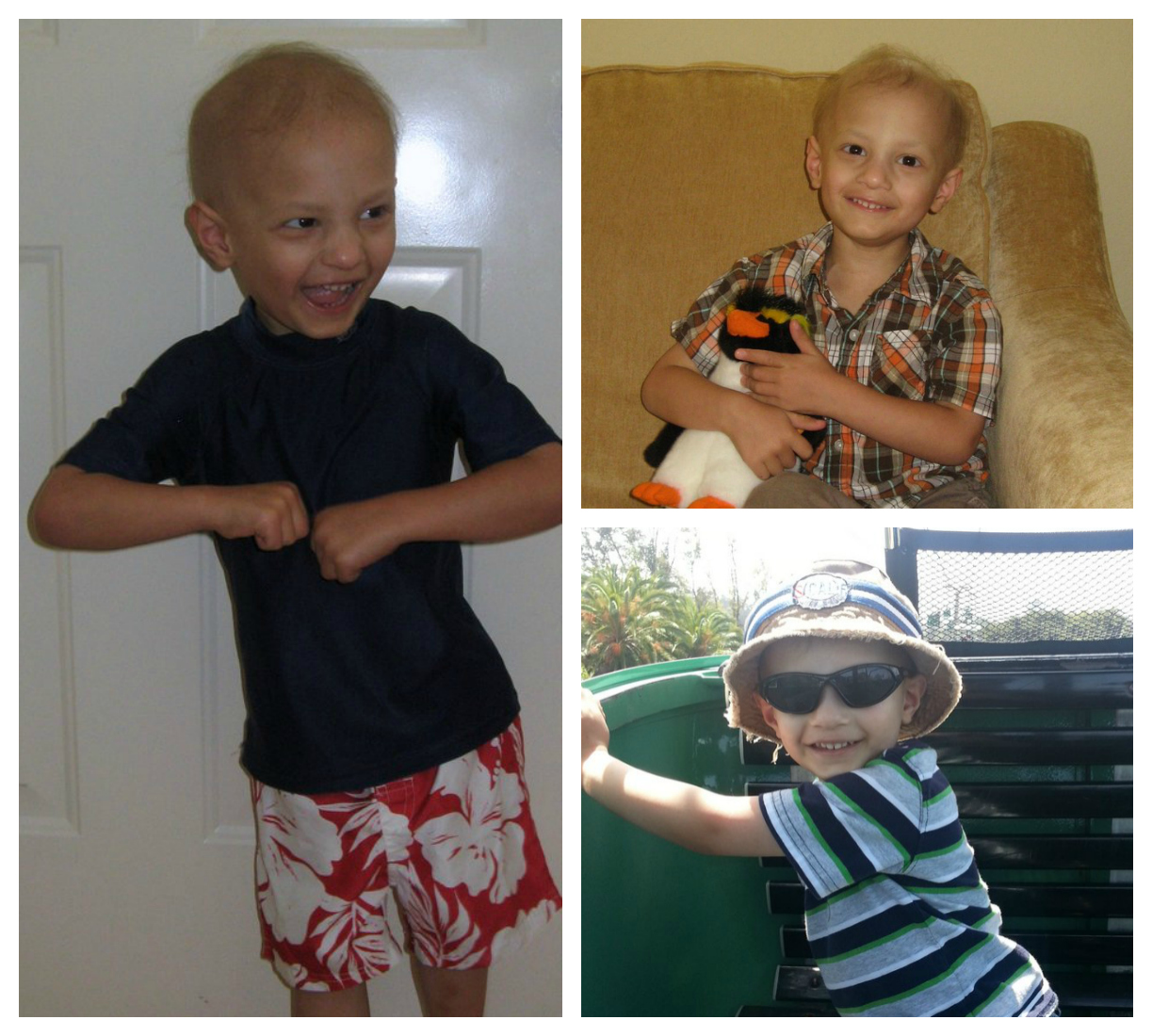 On the other hand, I’m amazed every single day by what Micah endures, usually with few complaints.

I’m excited and hopeful, knowing that there are researchers constantly working to find more effective and less toxic treatments for neuroblastoma.

I’m relieved — but also saddened — that he’s comfortable in hospitals and around doctors and nurses.

I’m blown away by how many times I’ve uttered a phrase like “Aside from his hair, if you didn’t know he was sick, you wouldn’t know he was sick” when someone asked how he was doing, because at that moment he was running or jumping or climbing or just getting into 3-year-old mischief.

I’m thrilled that despite everything, we still get to enjoy normal activities, like going out to dinner, visiting the zoo, or Micah’s first time in a swimming pool last weekend.

I’m humbled by the generosity and support of family, friends, and even complete strangers during every step of this journey.

I’m inspired when Micah wants to do something to help other kids with cancer, like handing me pretend money “to give to St. Baldrick’s so they can help our friends Parker and Caroline,” who are also fighting neuroblastoma.

And I’m excited and hopeful, knowing that there are researchers constantly working to find more effective and less toxic treatments for neuroblastoma. We certainly haven’t given up on this fight.  Micah has beaten cancer twice before, and I believe he’ll beat it again. 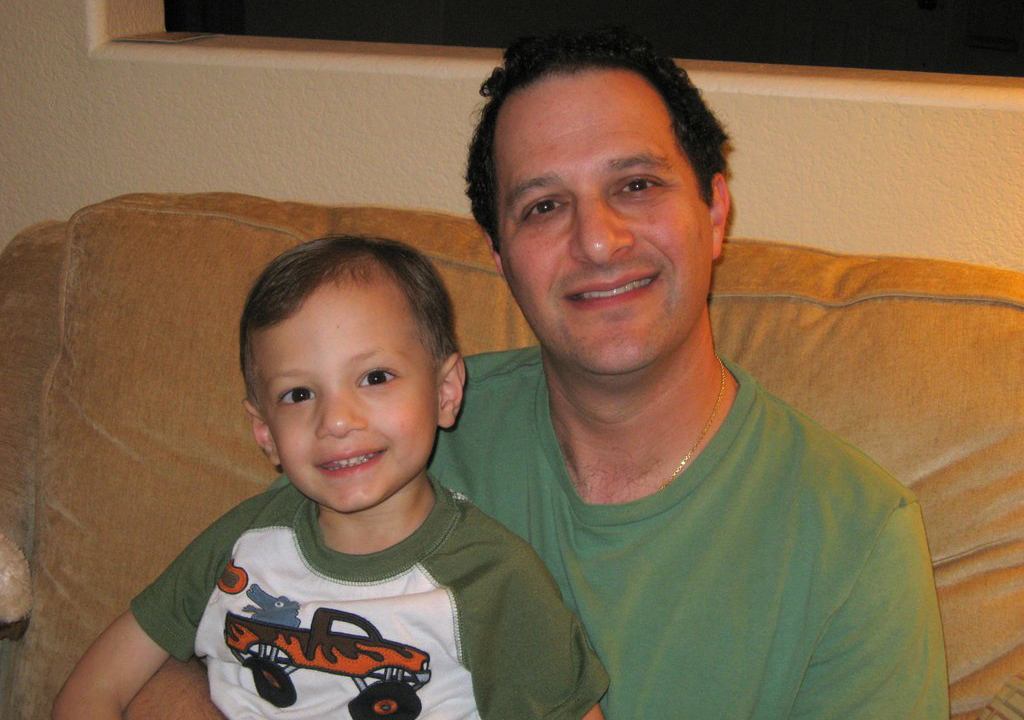 All of these thoughts and emotions cross my mind every day, in one way or another. That’s my reality of being a father to a kid with cancer.

It doesn’t mean that I’m curled up in the fetal position every day, or that all I do is think about cancer. That would drive me crazy, and it wouldn’t help any of us endure Micah’s fight or get through the more mundane parts of our day-to-day lives. I figure that one of the best things I can do as a father during this time is to make sure we all take advantage of every opportunity to just be normal.

This Father’s Day will also mark three and a half months since I shaved my head alongside Micah’s 6-year-old brother, Asher, for our family’s first St. Baldrick’s fundraiser. That weekend also marked the start of Micah’s third year fighting neuroblastoma. 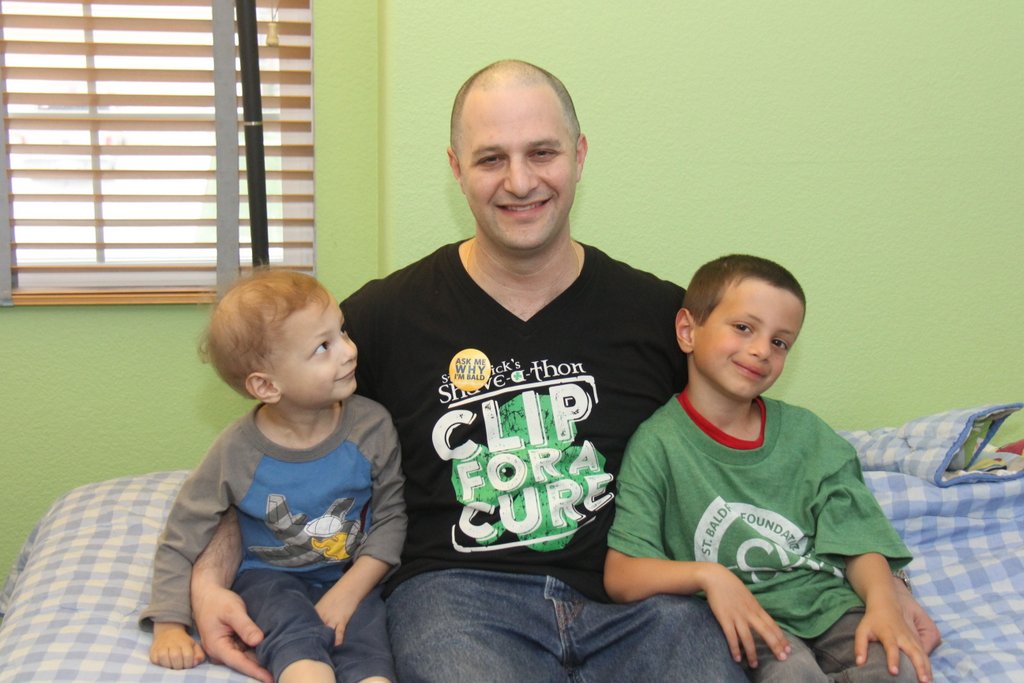 Jeff with Micah and Asher after their family’s first St. Baldrick’s event.

If there’s a silver lining to be found in this neuroblastoma cloud, it’s that I’ve spent more time with Micah than I probably would have if he were perfectly healthy. Cancer has kept him from starting preschool and it’s kept me away from work on hospital days. That’s given me more time than I would have otherwise had to just be with my smart, curious, funny, stubborn, independent, caring little boy.

And just being with him, without any hospitals involved, is my plan for this Father’s Day.

Jeff is raising money for childhood cancer research to help Micah and the thousands of kids like him. Make this Father’s Day extra special for Jeff by donating toward his goal.