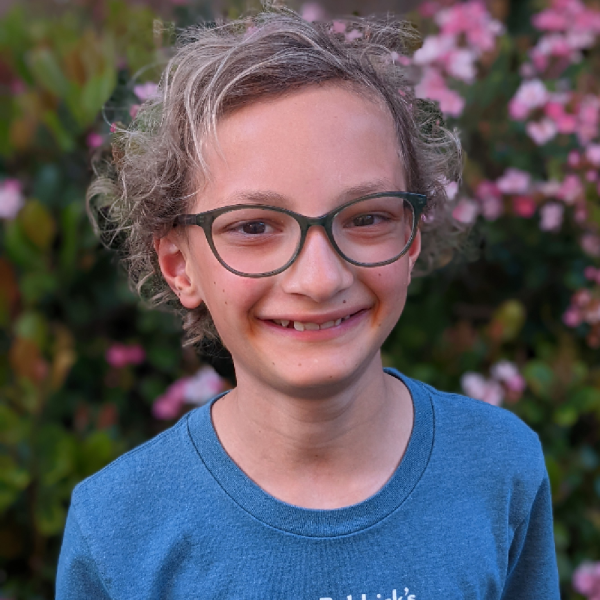 Micah is a bright and curious boy who loves music, reading, being outside, making new friends, school, and learning about everything. He's more and more independent by the day and is full of energy. Maybe a little too much energy sometimes.

In March 2012, a day shy of 15 months old, an initial diagnosis of pneumonia led to the discovery that he had high-risk neuroblastoma. He had tumor activity in his abdomen, chest, arm and leg bones, and his bone marrow. Micah started chemotherapy less than a week after admission to the hospital.

After several rounds of chemo, surgery to remove his primary tumor, MIBG therapy, autologous stem cell transplant, radiation and a few rounds of immunotherapy (using a drug whose development was partially funded by St. Baldrick's!), he was declared to be in remission in May 2013. He handled it all like a champ, with a consistently great attitude and an ability to charm all of the nurses, doctors and everyone else he met, and almost always mild side effects.

One week shy of completing his immunotherapy, in August 2013, Micah was found to have a new lesion in his left femur. Chemo and radiation got it under control, though not after some damage to his femur. Unfortunately, he relapsed again in January 2014. After additional chemo, radiation and surgeries, he was again declared free of detectable disease in August 2014.

He then started less-toxic treatments intended to prolong his remission, including six months on a St. Baldrick's-funded trial in 2015. He had surgeries in February 2016 and July 2017 to repair his femur, and went off-treatment in February 2019. Micah is curious, intelligent and empathetic, and hopes to one day be an oncologist so that he can help kids fighting cancer.