The last three days were big ones in the life of Ambassador Chase. He knew the MRI was coming, and he was scared. And when it was over, he had to wait to find out if his cancer had returned. His mom, Ellie, shares these words.

Read the last update on Chase >

Monday, January 19. The sun was only hinting pink when I felt another presence on the edge of the living room. This is what he does, my early-rising boy … He wakes before it’s light, tip-toes out to wherever a parent can be found, and stands quietly, thumb in mouth, waiting for someone to see him and call him into the light.

Still rumpled and rosy from sleep, mismatched in his Lightning McQueen bottoms and a shirt that announces “I fight cancer. What’s your superpower?”, Chase jumped onto the couch and snuggled close. His talk turned to the subject that had been plaguing him for about a week now: the upcoming MRI.

The questions came as they do every day, several times a day. 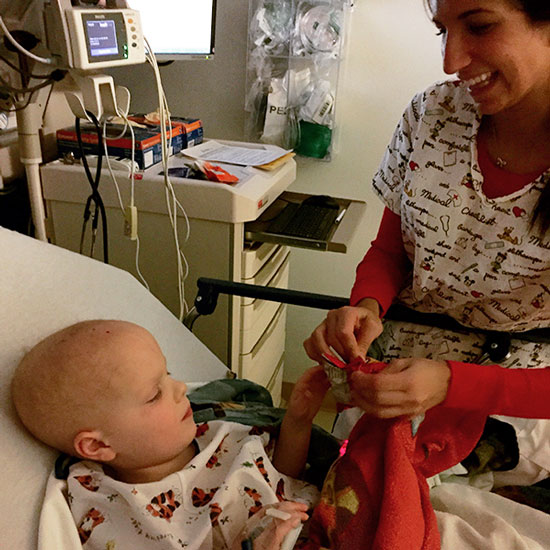 Chase gets a snack from a nurse after his MRI on Wednesday.

“Will you come back to me?”

They have come with heartbreaking regularity and the answers are always the same. In a life that’s anything but predictable, he can at least rely on the same answers to these small questions that are so very big to him.

He was about 24 hours away from a big MRI, and he was scared.

Tuesday, January 20. Chase waited in pre-op for almost two hours after having gone nearly half a day without food or drink.  They lulled him and then held a mask over his face while he lay on the threshold of the machine with no parents in sight to say “It’s OK, sweet boy.” And while he slept, they put a needle in his arm to keep him hydrated and inject dyes.

He was in the machine for nearly two hours.

The only blessing: He was mercifully unconscious. 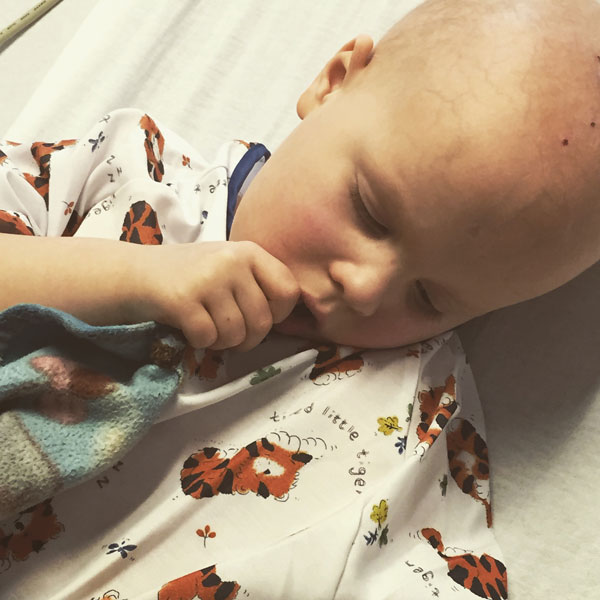 Chase waits for the MRI to begin.

Wednesday, January 21. We stood in a small room while the doctor turned his head back to the computer screen on the desk and read out the official words from the final radiology report: “The MRI shows no evidence of new or progressive tumor.”

Good news. The very best we could have hoped for! These little growths, these that have so threatened us for months now, have shown themselves to almost surely be treatment effects.

What a strange cancer world we live in where success is measured in not dying today and where side effects can provoke a sigh of relief.

Oh, but what relief …

And Chase? He’s so funny. His hardest part was done yesterday when he woke up in post-op. The needle was removed and he could eat and that was it. And today, when we told him the news, he put his hands in his pockets, shrugged, and said, “Oh. Good.” As if he’d known all along.

This boy, he takes it as it comes. And so will we. And tonight, it comes good and great with answered prayers, no fresh cancer news, and an MRI that can wait for three whole months instead of six weeks.

Good news. The very best we could have hoped for.

Thanks to childhood cancer research, more families like Chase’s are receiving good news. But there is still much work to be done — and you can help. Get involved today.