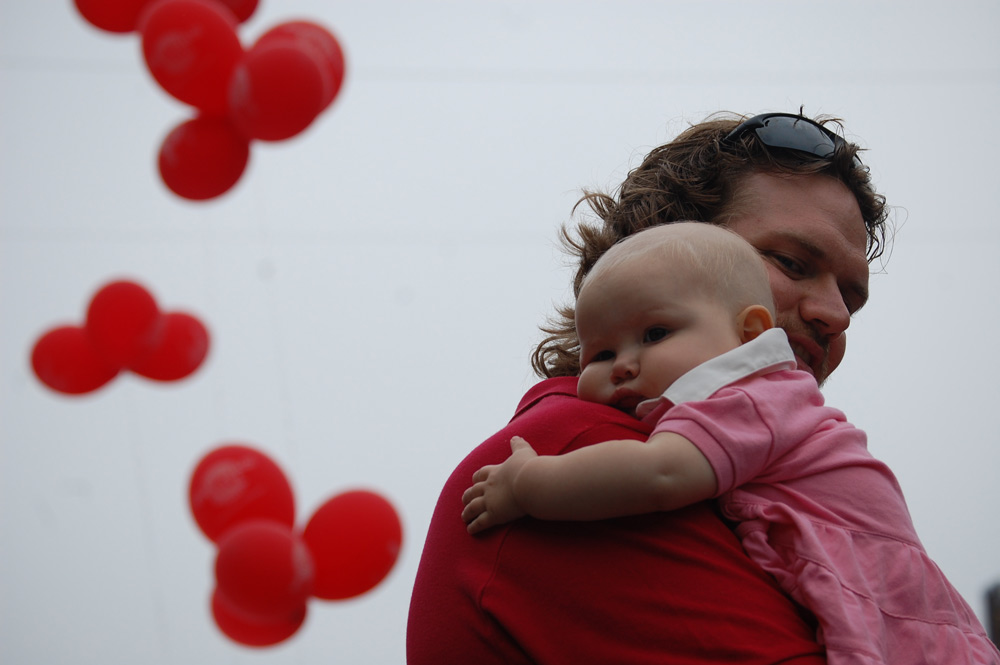 We even see it on Sally’s and other childhood cancer patients’ Facebook pages. Many comments are specifically directed at the mothers, not both parents. I can’t tell you how many private messages we receive directed only to Nicole, my wife, when I’m the one who reads most of them and handles the replies. 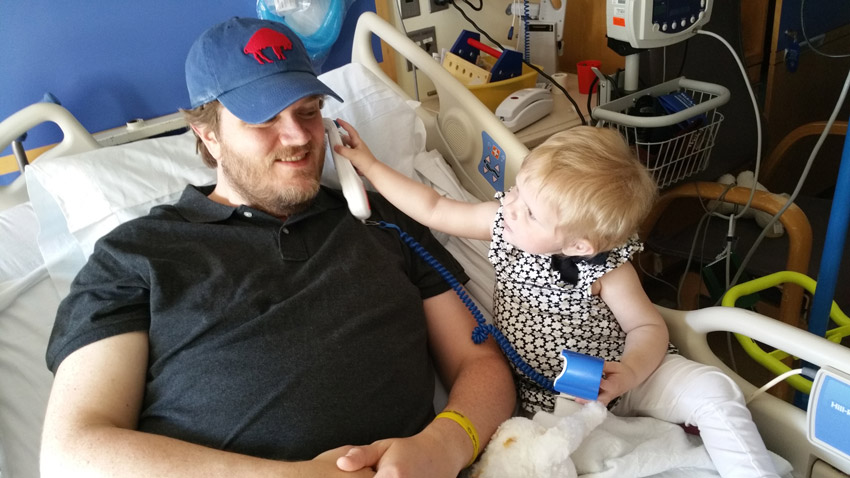 Matt plays with Sally in her hospital bed.

In no way am I diminishing cancer moms. Quite the contrary. I know the majority of the responsibility often falls to mothers. One of these cancer mom articles I read actually brought up a valid point: Moms create and carry our children for 10 months, so they feel a sense of responsibility for their children’s cancer that fathers cannot.

Dads can’t breastfeed. Dads don’t give the same reassuring motherly snuggles. Moms have a special nurturing skill that has survived thousands of years of evolution. Frankly, most moms do it better.

However, that does not, and should not, discount the roles that many cancer dads play. Every time I visit the hospital I see plenty of fathers and grandfathers. Through social media I have become friendly with cancer dads all over the country, the only other guys who can relate to how I feel. We are often relegated to supporting roles — not by choice, but by need.

In most cases it’s the father who has no choice but to keep his full-time job to maintain the funds needed for living expenses and hospital bills, as well as the elephant in the room, health insurance.

I’ll tell you firsthand that coming to the office every day and not being there for your child fighting a life-threatening disease is incredibly frustrating and leaves us feeling useless.

Sally smiles in the comfort of her home.

First off, none of us is at our best through this journey. Even at work, there is no magical “off switch” to shut off the immense stress and worry that we feel about our family. It’s hard to focus, as anybody that has worked through an 8-hour workday with a hangover can somewhat relate.

Now imagine working with a hangover every day for months or years. Or try showing up at work for a busy day of meetings after a night where you rushed your child to the hospital with a seizure.

You come to work with the added stress of knowing you’re unintentionally not performing to your potential, which comes with a lot of guilt. I know parents who have not been able to maintain their jobs as a result of the stress and exhaustion.

Sally watches from the crib as she receives chemotherapy.

Second, we’re dads. We’re supposed to be the tough ones that rush to the rescue of our kids. We idolize ourselves as their protectors, especially those of us with little girls. Instead, while Mom is at the hospital working with the doctors and nurses saving our child’s life, we’re often restricted to our desks, doing our best to keep our jobs, feeling helpless and listening to meaningless office gossip.

I hear all updates secondhand from Nicole, and rarely get to ask questions directly to the doctors. I keep a log of all of Sally’s treatments and blood counts so I feel involved. Nicole grows frustrated when I don’t recall something she’s relayed to me, but it’s harder to grasp everything when you’re hearing it all in one conversation instead of living it day in and day out. It creates a tension that likely wouldn’t be as strong if we were both at the hospital daily.

Sally and Matt pose at a party.

Finally, with moms focusing more on the child in need, dads often shoulder more of the responsibility at home, especially with siblings. While Nicole would rush off to the hospital with Sally in the middle of the night, the duty of informing our sons fell to me.

There’s nothing quite like breaking the news to a 7- and 4-year-old that their little sister had to be rushed into the hospital again and somebody not named Mom or Dad would be picking them up from school the rest of the week. Or explaining what a seizure is. Or answering all of the questions they have, like is their sister going to die?

There are also the added day-to-day roles that dad often picks up so Mom can get some much-needed sleep, or because she is stuck at the hospital.

I echo a fellow cancer dad in calling on dads and men to play a more active role both in their families and in the childhood cancer community. It shouldn’t take cancer to inspire dads to become more active parents — anyone can and should do it. 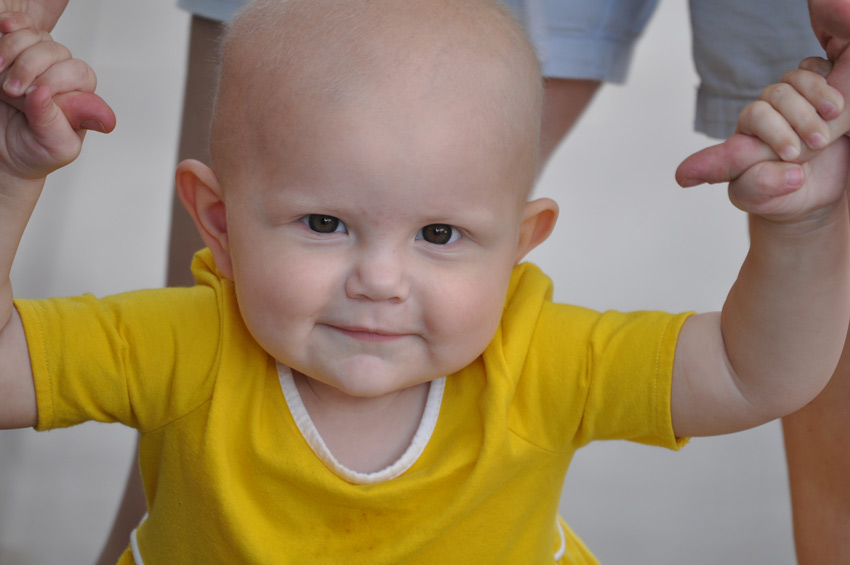 Sally smiles for the camera.

I also want to call attention to the incredible cancer dads I’ve met through our journey, some of whom I have sadly witnessed eulogize their children in recent weeks. If there’s any validity to the phrase “act like a man,” it’s these dads who have risen to the ultimate challenge and worked as a team with their spouses to fight this evil monster.

If you know one, or are married to one, be sure to tell them they’re doing a good job, even if what they’re doing isn’t always seen.

Childhood cancer affects the whole family. It’s not too late to do something to help.

6 Ways You Can Help Kids With Cancer
Read Matt’s follow-up post about what he’s learned from his fellow cancer dads.
babies with cancer infant leukemia leukemia