Benny and his family were on vacation in Orlando when a severe headache and vomiting landed him in the ER. A simple CT scan revealed he had a tumor in the back of his brain. 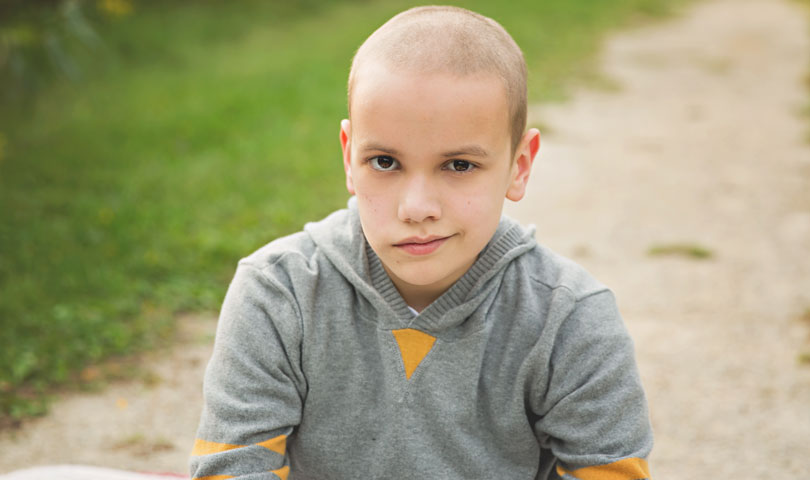 Unlike most 11-year-olds, he understood exactly what it meant to have childhood cancer.

In fact, he had shaved his head for St. Baldrick’s just days before. Little did he know then that he would soon be diagnosed with childhood cancer himself — specifically medulloblastoma. 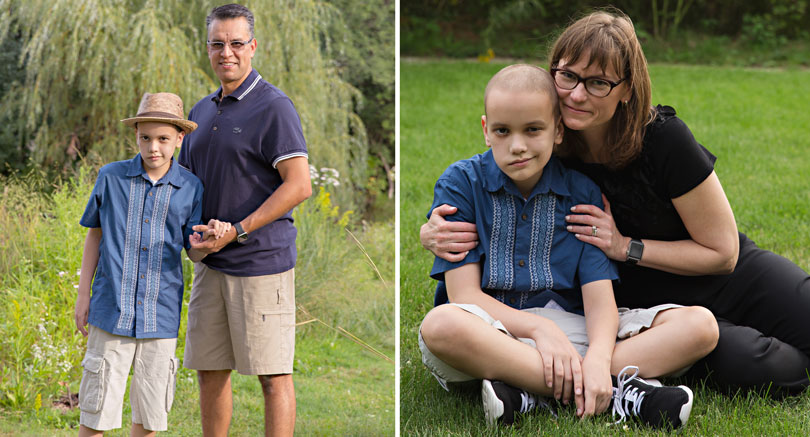 Benny has completed six weeks of radiation and is now working his way through nine rounds of chemotherapy. 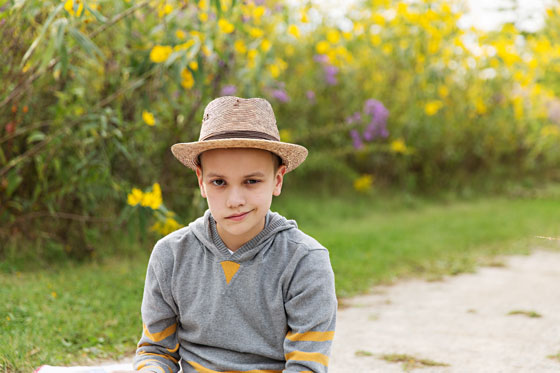 He also made it through a seven-hour brain surgery that left him unable to walk, talk, or swallow — the result of a side effect called posterior fossa syndrome. He’s working to get those skills back through a combination of physical, occupational, and speech therapy. 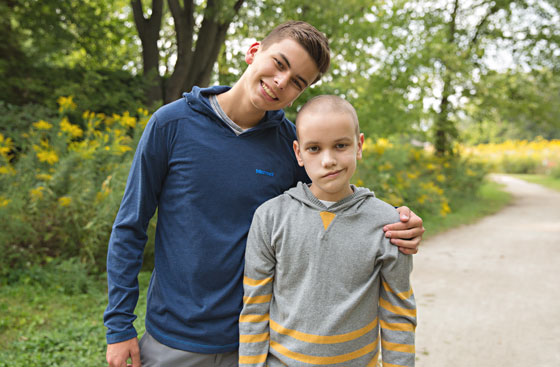 And his hard work is paying off. He’s graduated from a wheelchair to a walker, he attends half days of school, and he’s been able to master the coordination needed to bake his signature pies and play video games, which are some of his favorite things to do. 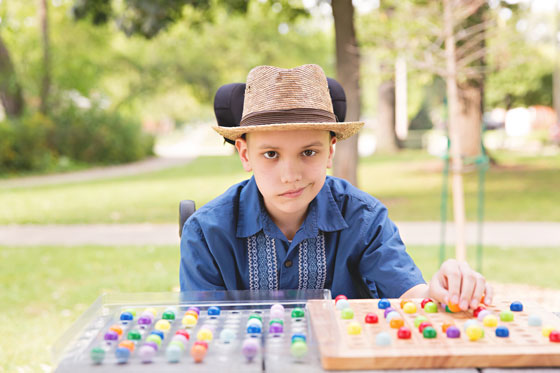 But when doctors or nurses ask Benny about himself, he doesn’t talk about his love of video games or his baking skills. Instead, he proudly tells them that he was the top fundraiser for St. Baldrick’s in the sixth grade at his school.

Now, St. Baldrick’s holds an extra special place in Benny’s big heart, and he and his family are more determined than ever to help find cures for Benny and kids like him.

Want to learn more about Benny? Read about how Super Mario helps him fight cancer >

Benny is one of five St. Baldrick’s Foundation 2017 Ambassadors, representing the thousands of kids touched by cancer each year.