“He’d gotten the blood test results back and he pretty much knew right away what it was,” Mike said. “I remember saying, ‘What do you mean, we have to take her to the hospital right now?’” 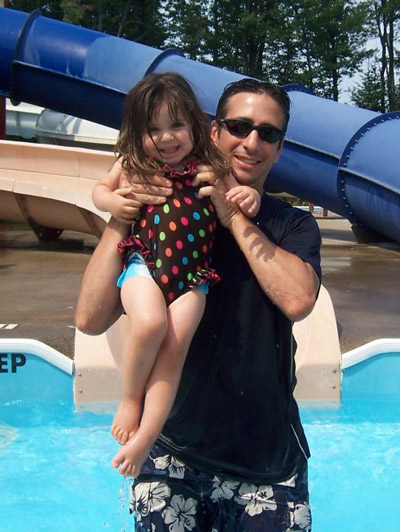 Mike and Juliana before she was diagnosed with childhood cancer.

The reality of the situation hadn’t yet set in. Just days before they’d thought 2 ½-year-old Juliana had a simple ear infection, and now — childhood cancer?

Years later, looking back, it’s still hard for him to wrap his mind around. “I still feel that way sometimes — you know, you get so busy in your day to day life and once in a while you stop and look back and think, did that really happen?”

They would later learn that Juliana, or JJ, had a rare subtype of acute myeloid leukemia (AML) called monosomy 7. Her cancer was difficult to treat right from the start.

“We found out pretty early on that she needed a bone marrow transplant. It was pretty much her only option,” Mike said. So he picked up and moved his whole family — his wife and two sons, one 4 years old and the other a newborn — from upstate New York to Boston, where Juliana entered the transplant program at Boston Children’s Hospital.

“I spent a lot of time with Juliana. We were like roommates,” Mike said, adding that he feels fortunate to have had a boss that was understanding of his situation, and coworkers who were willing to absorb Mike’s workload so he could be with his daughter. “I know so many stories of fathers who had to go to work to keep their benefits and couldn’t spend that time with their son or daughter. It’s hard to say that I feel lucky, but I do.” 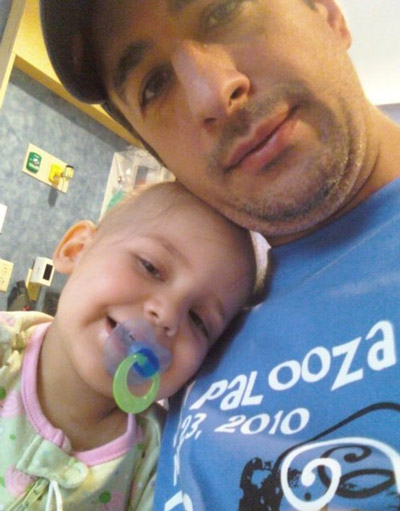 “We were like roommates,” Mike said of his time with Juliana in the hospital.

During that time they spent together in the hospital, which included one 50-night stretch, he took lots of photos and videos, capturing Juliana’s outgoing, happy and silly personality. “Every chance she could get, she would want to be out of her room,” Mike said. “I have videos of her walking down the hall at 10 o’clock at night, laughing while everyone else was pretty much asleep.”

“Not to say that she didn’t have tough days,” he continued. “Obviously she did, but she was able to handle a lot of it relatively OK.”

Juliana’s older brother, Andrew, turned out to be a perfect match for her bone marrow transplant. So on May 10, 2010, two of the LaMonica children went into surgery, their parents praying Andrew’s healthy cells would be enough to prevent Juliana’s cancer from coming back again.

It wasn’t. Just one month after transplant, Juliana relapsed. The doctors told Mike and his wife there was nothing more they could do. 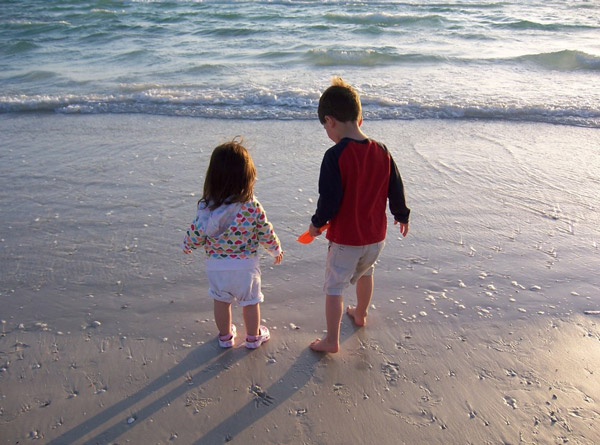 Until then, Mike had always had hope that Juliana would one day be cured. But that day, everything changed. “I remember walking down the street listening to music and just sitting down in front of somebody’s random house and bawling my eyes out,” Mike said. “I felt like I was a fool, like I got punched in the stomach and spit on for believing there was hope.” 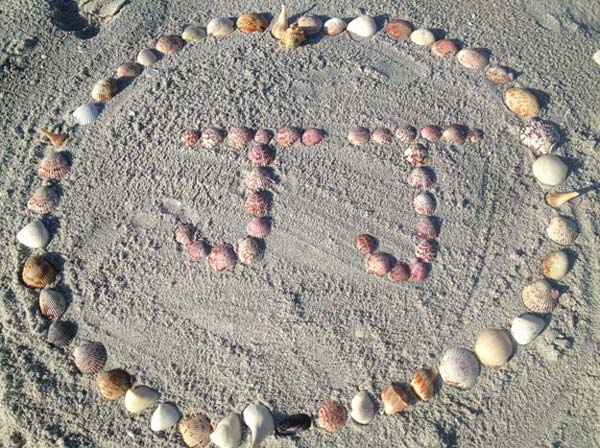 Today, Mike still has hope. But it’s a different kind of hope.

Hope that the world is still good. Hope that one day, no child will have to suffer like Juliana did. Hope that other families won’t have to live with the pain of losing a child.

Hope that still comes from Juliana.

Juliana’s story continues on our blog >

YOU can give hope to all children and families affected by childhood cancer. Get involved today.