Last week, 2012 Ambassador Austin had his last set of scans to check for recurrent Wilms tumor. His mom, Krissy, reflects on his childhood cancer journey and what the future might hold. 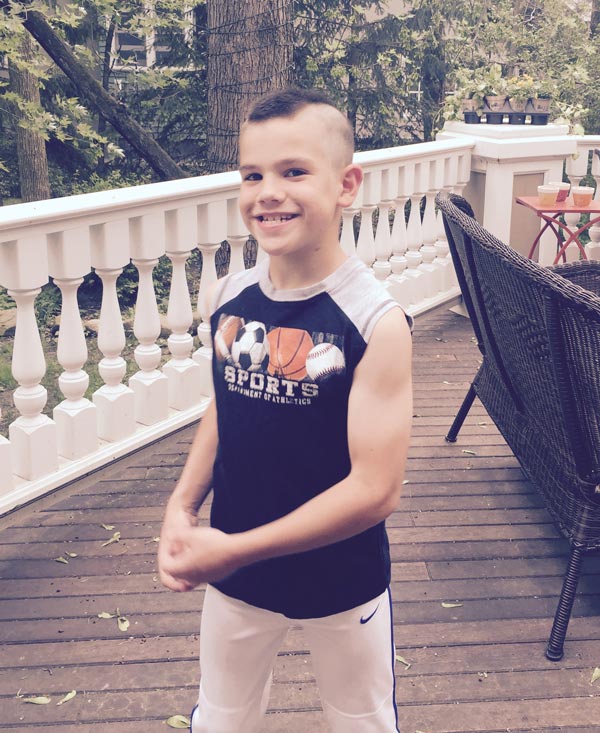 Austin is now 8 and has been cancer free for five years.

It all started on a sweltering hot Monday in July almost eight years ago.

Our boys were 3 ½ and 10 months old. We lived in a different house. We were different people.

Because it changed everything.

In ways large and small, obvious and subtle, it shifted and molded each of the four of us into the people we are today. We will never ever know what our life might have been, who our boys may have become, what paths we would have pursued had we not been sidetracked by childhood cancer.

Sidetracked? No, that doesn’t come close to describing what it did to our lives. Waylaid. Ambushed. Flipped over, thrown around, and knocked senseless.

Here’s the tally of physical scars:

Thirteen visible on his body — some small, some medium, one enormous. 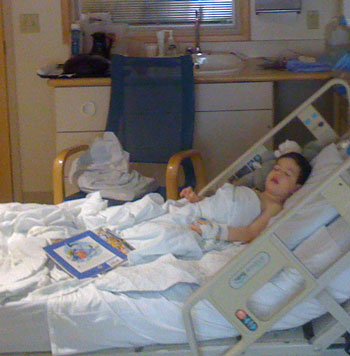 Austin while he was in treatment for childhood cancer.

One and a half kidneys gone.

More medications than I can name — some oral, some intravenous, some subcutaneous.

MRSA and C-diff, at the same time.

If much of this sounds foreign to you, consider yourself lucky.

Actually, I consider myself lucky. In every way that we were outrageously unlucky, we were equally, unexpectedly, miraculously lucky. 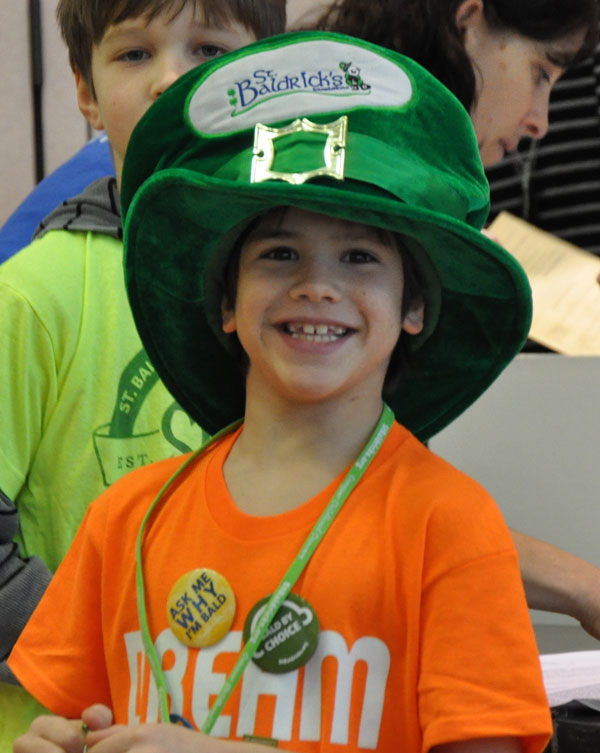 Austin at a St. Baldrick’s event in March.

Last week, he had his five-year scans to check out his kidney, liver, lungs and heart. And everything is normal, unchanged, unremarkable.

As we sat in the office with his oncologist at the end of our day, she ran through the list of things to worry about moving forward (who doesn’t need a list like that?): infertility, heart problems, kidney problems, secondary cancers, cognitive issues, hearing loss, and scoliosis.

We went through each, one by one, comparing them to the cumulative doses of his six chemo drugs.

And he should be OK.

The cognitive issues and hearing loss would have already occurred, she expects him to remain fertile, and his heart is being monitored already. Secondary cancers would reveal themselves through his regular lab work, but he is well below the level of chemo considered dangerous in that regard.

There are no guarantees. And some items on that list (like kidney problems) are not potential late effects of childhood cancer treatment that we worry about, because they are instead an obvious and definite part of his everyday life that we worry about. He still has stage three renal failure. He will still most likely need a kidney transplant.

But what he does not need, ever again, is to be scanned for Wilms tumor. He does not need annual or even biennial checks of his liver or lungs or kidney. Whatever comes his way — and stuff will come — it won’t be kidney cancer.

That dragon has been slayed.

Ambassador Austin is raising money for childhood cancer research to help other kids like him. Help him celebrate his good news with a donation on his shavee page!