What a Difference a Year Makes

A year ago, Sage was as excited as any 4-year-old at Christmastime. His family had no idea how much their lives would change just a month later. 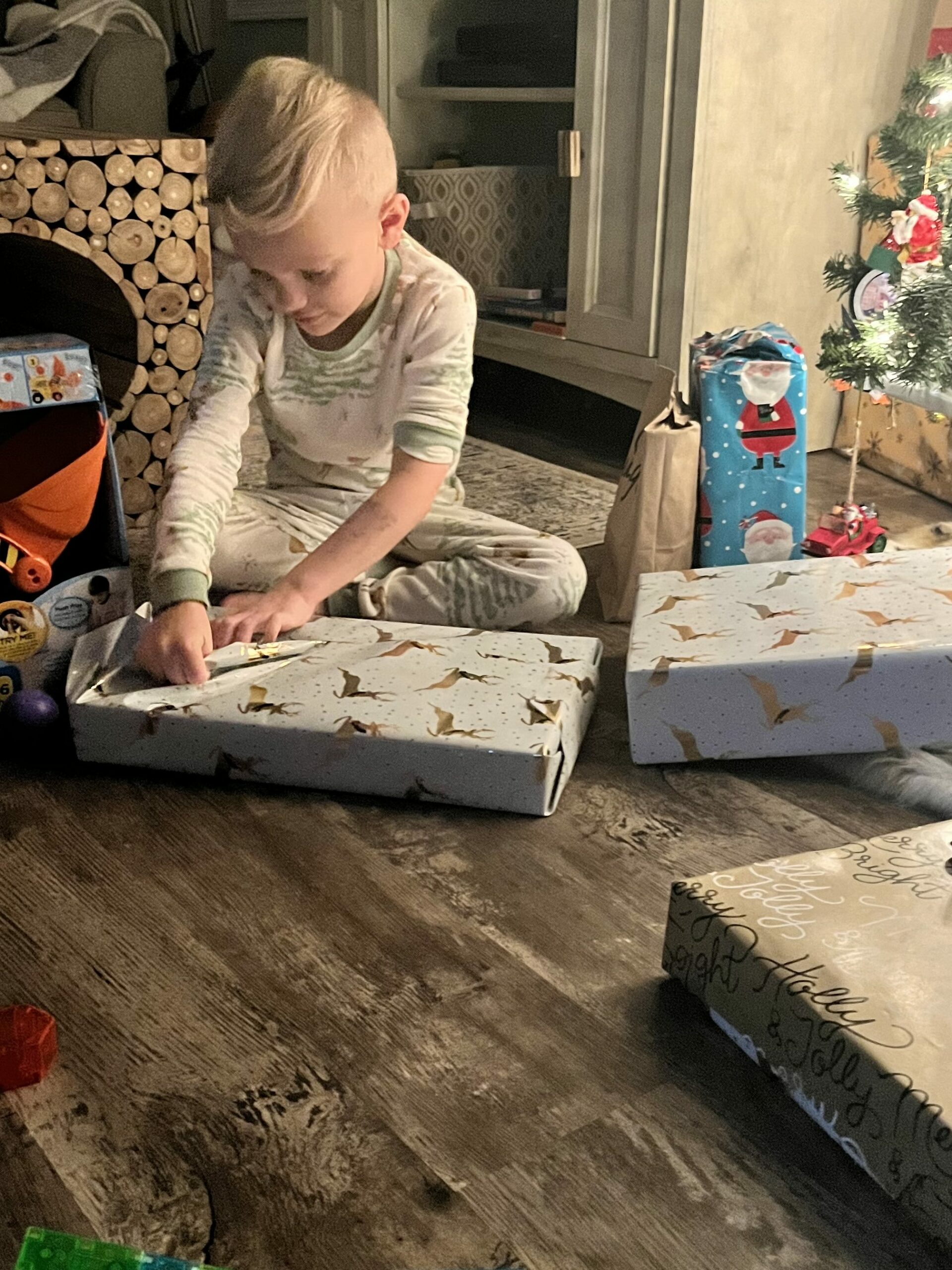 At first, it seemed like Sage was just fighting a virus. But after a week of increasing leg pain, back pain, and a rash on the trunk of his body, another visit to the doctor was in order.

On January 31, 2022, Sage was diagnosed with acute lymphoblastic leukemia (ALL), type B.

A big fan of super-heroes, Sage trusts his parents and doctors to do what is needed to get him healthy again, and to “not let the bad guys win the fight.” 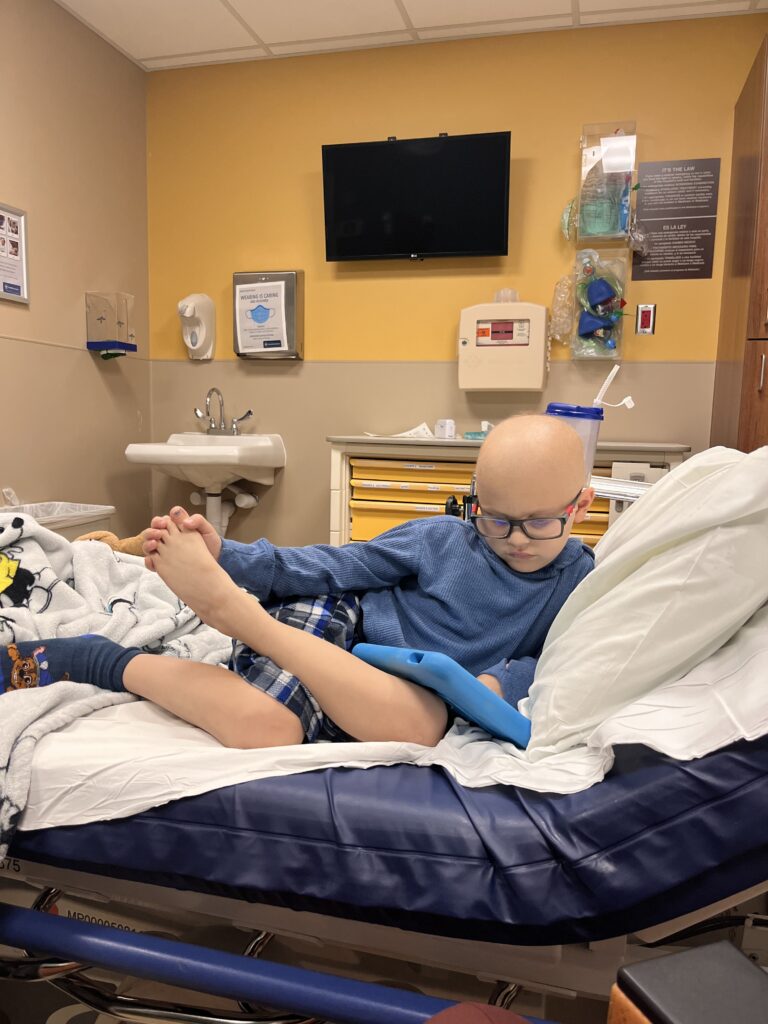 Sage in hospital bed during treatment.

Sage is quick-witted, inquisitive, loving, and very much a rule follower. He loves building things with his dad, snuggling to watch movies with his mom, and wrestling with his little brother.

“He’s such a positive kiddo,” says his mom, Betsey, “and his resilience is unlike anything I’ve ever witnessed.”

The goal of the first four weeks of chemo was to get his leukemia into remission – and it worked. While Sage was considered “high risk” at diagnosis, now he was deemed “high risk – favorable.”

Because researchers know that cancer cells are determined to come back, the next stage of treatment was even more intense, to knock out any cancer cells still lurking in his little body. Sage was in and out of the hospital during these months of grueling treatment, missing school, fighting one virus after another due to his weakened immune system.

Jim Polish was watching the news one morning in June, National Cancer Survivor Month, when he learned about Sage. Betsey’s cousin, Jackie, is a co-anchor on a local news station in Des Moines, and she shared some of Sage’s story on the air. 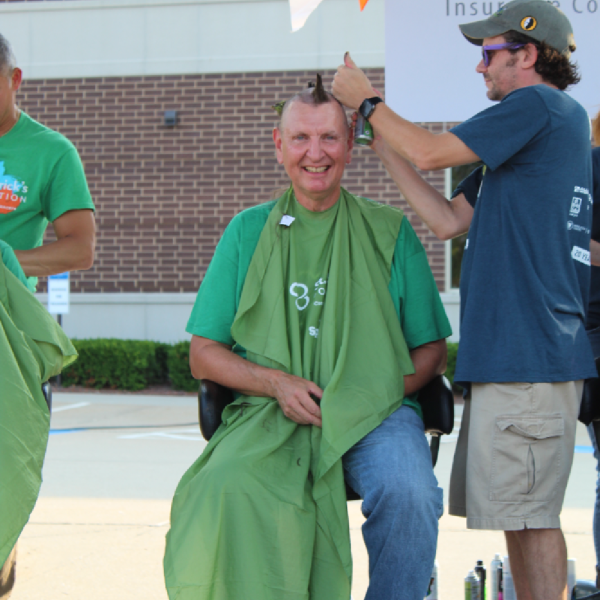 Jim is a dedicated St. Baldrick’s Volunteer Event Organizer, who was preparing for the 17th Annual Farmers Mutual Hail event on July 21st. On behalf of his colleagues, he invited Sage and his family to the event, which raised more than $90,000 this year. The family at Farmers Mutual has adopted Sage and are staying with him throughout his journey.

Betsey says the St. Baldrick’s volunteers at the event were “over the top wonderful.” They made sure to have all of Sage’s favorite foods, and of course they had superheroes at the event. Sage got to have ice cream with Batman!

“We were SO impressed with the people there and just the event, overall,” says Betsey. “Everyone was so kind, we cannot wait to return. Sage still talks about the event, months later, and he asked just the other day when he can cut someone’s hair again.” 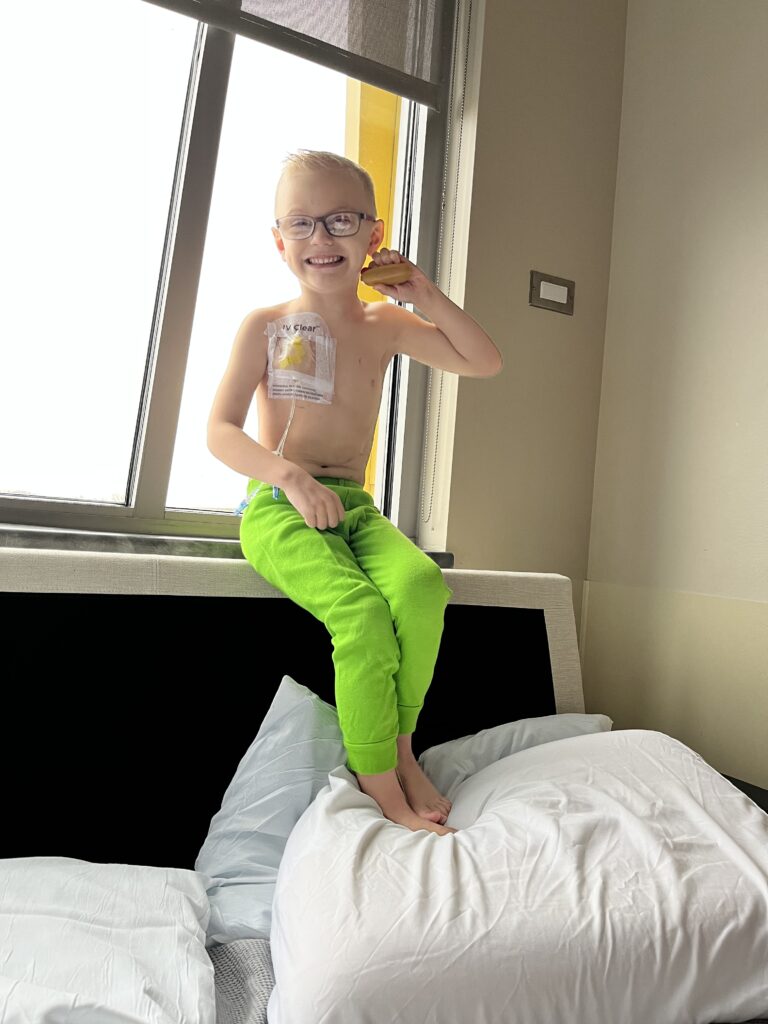 She adds that her cousin Jackie is very well connected in the childhood cancer advocacy world, and she emceed the event. “When Sage was diagnosed, she was the first person on the phone to me, making all of the connections and putting us with the right support people. We are very lucky to have her as part of our Sager Strong team, but also as a family member!”

In October 2022, Sage entered the “maintenance phase” of treatment. That may sound like the home stretch, but to give kids the best chance for a cure, chemotherapy continues for more than three years.

Meanwhile, this holiday season is far different for Sage and family than last year.

“We have learned so much about our family, friends, and community during this challenging time,” says Betsey, “and that is that people are there for us, and we are so blessed to have such a wonderful support system backing us up, because together… we are #SagerStrong.” 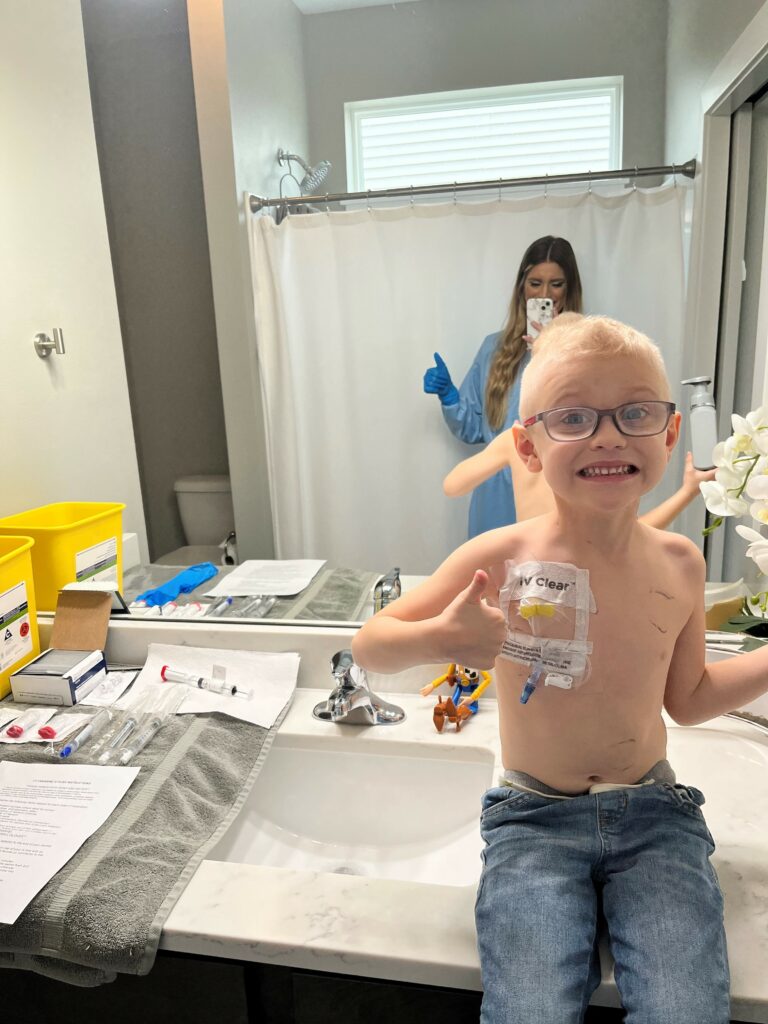 Sage gives his mom a big thumbs up