St. Baldrick’s volunteers tend to be remarkable folks. But even among tens of thousands of outstanding people who are quite literally saving lives by supporting childhood cancer research, Richard Kligler and his family stand out. 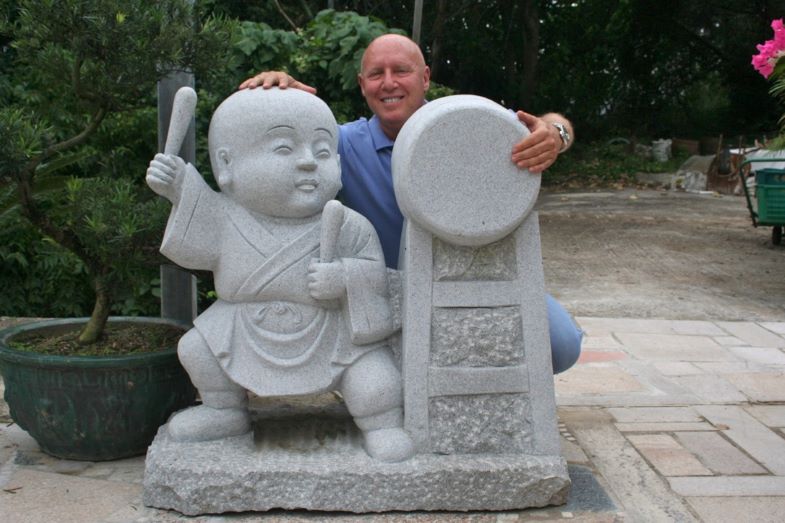 A new chapter began, both for St. Baldrick’s and the Kligler family, with the family’s opportunity to move to Hong Kong from New York — one parent with a great job offer, the other in an industry where he could work remotely.

The Kligler family, including 9-year-old Sean and 6-year-old Jill, said yes! Marcia took advantage of the great job opportunity, and Richard would manage his insurance business from Hong Kong.

Sean’s story of cancer survival was the impetus for what happened next: the introduction of St. Baldrick’s in Hong Kong, and a positive impact in pediatric cancer research which is still being felt today.

Before Hong Kong, in March of 2002, 5-year-old Sean was diagnosed with stage 4 rhabdomyosarcoma, a rare childhood cancer which consists of soft tissue tumors. Richard says, “I remember every minute of Sean’s treatment and how much he suffered. The stress is one thing, but to watch your child go through so much pain, you wish it were you, not them.”

Sean’s treatment over 9 months included 10 cycles of chemotherapy, open chest surgery to remove the tumor, intraoperative radiation, and 20 days of radiation treatment at Memorial-Sloan Kettering Cancer Center in New York. Once it was determined he was in remission, he returned to school and typical kid activities. Marcia and Richard said, “After witnessing Sean’s cancer journey, we felt compelled to raise funds for childhood cancer research so that someday treating cancer will be like treating the common cold.”

In 2003, Richard heard about St. Baldrick’s and became a shavee at Napper Tandy’s Irish Pub on Long Island, NY. In 2004, he shaved again.

In 2005, with the relocation to Hong Kong, Richard realized the opportunity to organize a St. Baldrick’s event locally. He received approval from the St. Baldrick’s Foundation to proceed with the development and planning of an international event. 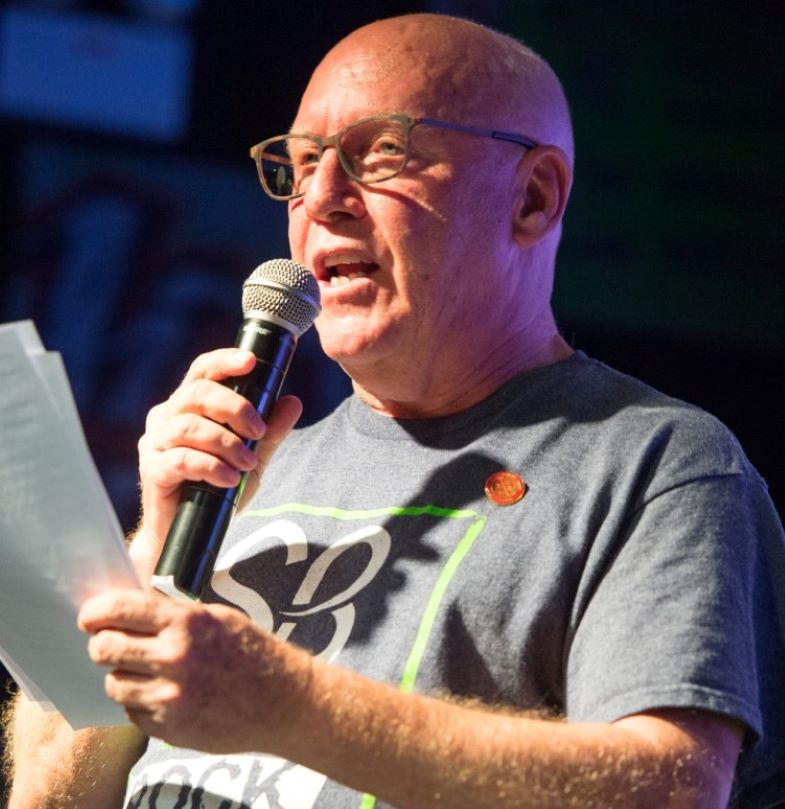 His first step was to seek out professionals in pediatric oncology in Hong Kong. Through a contact at Memorial Sloan Kettering Cancer Center, he was introduced to several pediatric oncologists. He met with them, including the Dean of Medicine at Chinese University of Hong Kong, and that led to an introduction to the Children’s Cancer Foundation (CCF) of Hong Kong.

The idea of holding a St. Baldrick’s event to raise donations exclusively to fund childhood cancer research projects conducted by universities and hospitals in Hong Kong was well received. Richard’s introduction led to an international partnership between St. Baldrick’s and the Children’s Cancer Foundation of Hong Kong. All funds raised, minus only the direct fundraising expenses of St. Baldrick’s, would be used for research in Hong Kong.

The next challenge: Finding a venue to host the event. Knowing the first St. Baldrick’s event was held at an Irish pub called Jim Brady’s in NYC, Richard found Delaney’s Irish Pub in Hong Kong. When the management at Delaney’s heard the story of Sean and St. Baldrick’s, they enthusiastically agreed to host the first event.

With the beneficiary of donations and an event venue secured, the next step was to recruit shavees.

From Humble Beginnings to $4.5 Million Raised

The shavees included many of Sean’s classmates who wanted to show their support for their newfound friend from the U.S. Richard and Marcia had first not wanted Sean to shave, as the thought of seeing him bald again brought back too many bad memories. But at the event, Sean begged them to let him shave and they realized this was not about them, it was about Sean and the many children battling childhood cancer.

So, with full permission, Sean shaved — and auctioned his hair, which raised $2,200 US on the spot. The crowd went wild! 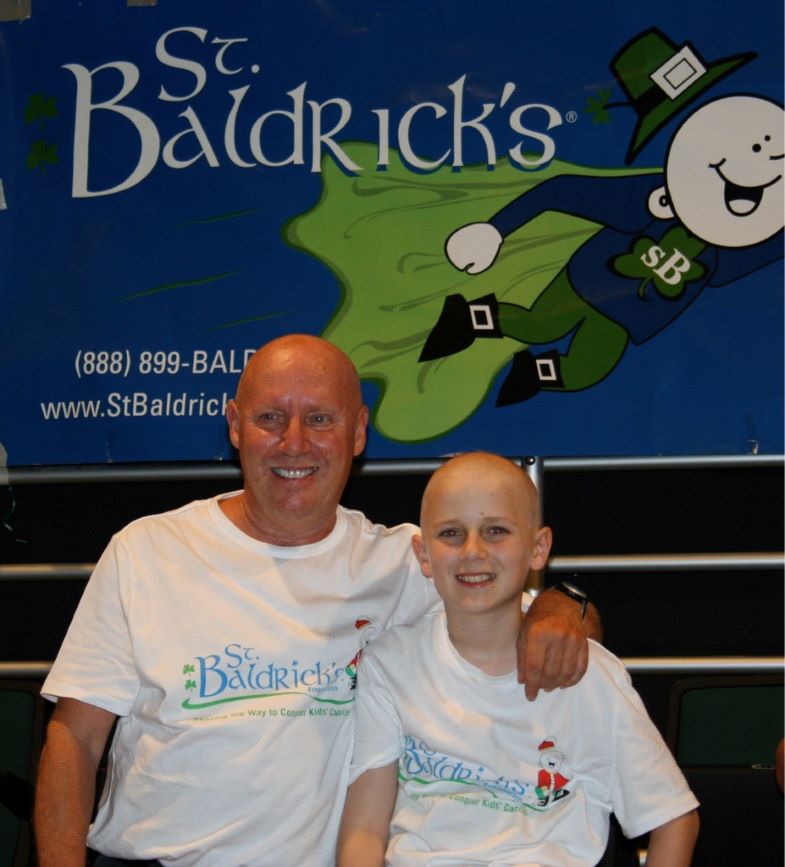 These funds have supported 24 childhood cancer research projects, spread across many types of childhood cancer, including many studies of acute lymphoblastic leukemia (ALL). Another exciting outcome: Hong Kong was the first Asian country given permission to participate in the high-risk neuroblastoma study by the International Society of Paediatric Oncology.

Back in the States

After 12 years in Hong Kong, Richard and his family repatriated in 2017 to the US, settling in the Charleston, South Carolina area. By now, the St. Baldrick’s Foundation knew Richard well, and asked him to connect with another outstanding volunteer, Jamie McKee, the lead organizer for the Lowcountry Bald Charleston event which began in 2017. Richard signed on as co-organizer for 2018, 2019, 2020 and 2021.

And Sean? He is now 19 years cancer free, graduated university in 2018, and is working in the finance field in Chicago. He is also a Knight of the Bald Table, having shaved in 2006 and for 7 more years. 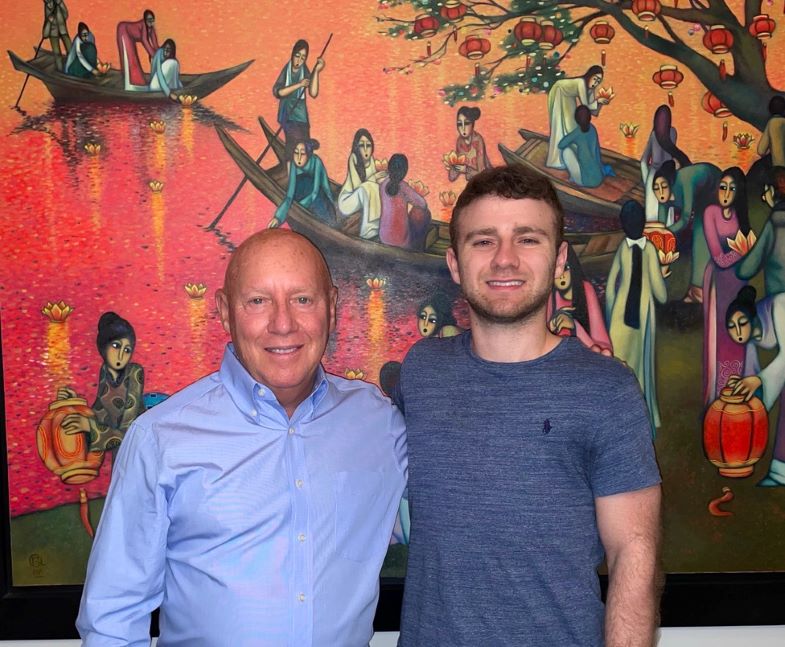 With more than 18 years of dedicated volunteer service, Richard himself is a Crusader for a Cure, one of the highest ranks in the League of Legendary Heroes.

Richard also expresses, “It’s impossible to mention every hero in the fight here, some really stand out because they stepped up at a pivotal time to ensure St. Baldrick’s continued as a lifeline of hope for children with cancer.  Ilene Levy was my partner for many years and Gae Young Lee took over leadership of the HKIS when my family returned to the US.  Darren Yates and Adam Johnston took over the reins for the “adult” event in Hong Kong and their first event raised $142,000.  I also wish to pay tribute to the administration, faculty, parents and students of HKIS, and the management and employees of each of our venues, our intrepid team captains and shavees who inspire so many donors to give so generously, and of course Lucille Wong and our partners at the Children’s Cancer Foundation in Hong Kong who ensure the funds raised support the best research Hong Kong has to offer.”

St. Baldrick’s salutes Richard Kligler and his family for their incredible service to kids fighting cancer – both in Hong Kong and the U.S. We are inspired by his actions, and grateful that he has inspired so many others to act, to help give kids a lifetime.