Fear: The Realities of Life During Cancer Treatment

Editor’s Note: We’ve let Jake, the founder of Resilience Gives, tell us his experience of dealing with uncertainty during treatment. 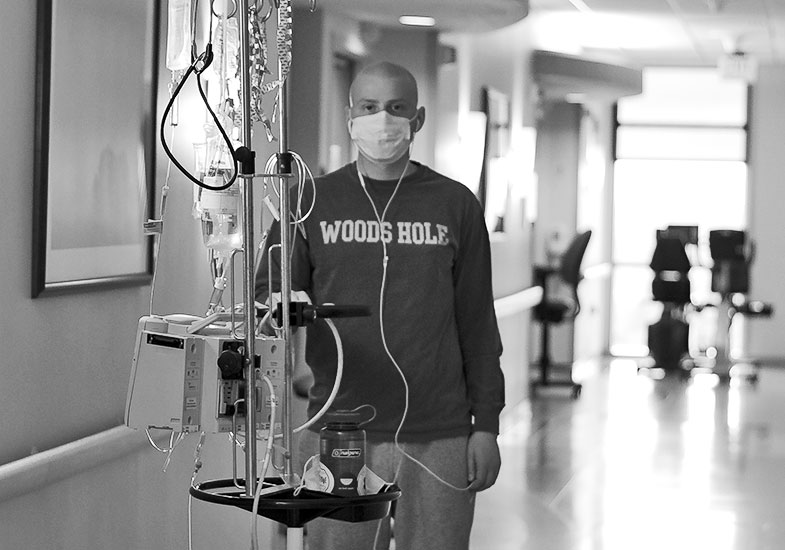 After a few hours of watching carboplatin steadily drip into my bloodstream, I was relieved when my friend Alex poked her head around the corner of the oversized hospital room door. It was day three of my first inpatient stay since beginning my medical leave of absence, and Alex was the first non-family visitor. When she placed her hand beneath the Purell dispenser, I could see a game tucked underneath her arm.

Phew, at least we wouldn’t spend the next hour talking exclusively about how it felt to leave college in the middle of the semester or how scared I was about my upcoming stem cell transplant.

Taking a seat beside my bed and the mostly uneaten hospital dinner, we made a few jokes about the awkwardly perfect grill marks on the chicken breast and the cardboardy cornbread before a loud “beeeeeeep,” from the IV pole caught us by surprise.

Quickly, a nurse emerged fully gowned, masked, and gloved. She announced it was time to change chemotherapies: we were moving from the carboplatin to the 24-hour ifosfamide infusion.

The Truth Behind My (Not So Effective) Poker Face

As the nurse replaced the small carboplatin bag, emblazoned with “CAUTION. CHEMOTHERAPY,” with the larger ifosfamide bag reading the same warning, I followed Alex’s eyes from the nurse’s hazmat-esque apparel, to the chemo bags, down the infusion line, all the way to where each droplet entered the port on my chest. She looked up at me with the face of a concerned friend and gently asked,

“Uhmmm, kind of like having the flu for an extended period of time,” I replied, relieved she’d thrown a softball for her first question.

“That doesn’t sound like fun. And how many rounds will you have?”

“Three or four rounds of this ICE chemo before a round of BEACOPP and my stem cell transplant. The goal is to get to remission before the stem cell transplant. After that, we’ll consider radiation therapy. The idea is to knock out the cancer while it’s on the ropes.” I said, reciting the plan we’d gone over with my oncologist multiple times with as much confidence as I could muster.

“Woah,” she said, and began opening the game she’d brought. My poker face couldn’t have been very good because she seemed to sense my discomfort with the direction of the conversation.

The Real Life Version of My Relapse Nightmare

“Rizzzzz,” it was the familiar sound of the Purell dispenser, but this time, it was my hand underneath.

Three years have gone by. I’m cancer free and am now in the hospital to visit a leukemia patient named Charlie who’s just a few years younger than me. Edging my head around the hospital door, I see Charlie sound asleep and his mother Jen, at the bedside. Jen motions me in and I maneuver a frittata in my arms so I can rub the Purell into my hands. As I take a seat beside her, Jen flashes the worn smile of a mother who has just found out her son’s leukemia has returned. 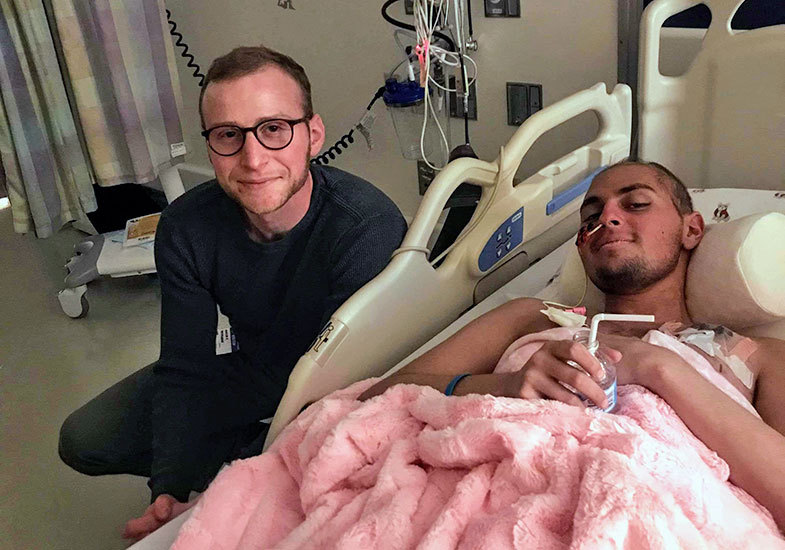 As Charlie lay asleep on the bed nearby, Jen described to me the real-life version of the nightmare I’d dreamt about many times over. He had just started college that fall when a checkup revealed cancerous cells in his spinal fluid. They were still trying to figure out if it was the same cancer or a new one altogether. There was no plan. They were still in reconnaissance mode.

Periodically asking a few clarifying questions, I tried to take it all in. There was nothing I could do or say to this woman that would change the disheartening reality of the situation.

Her son’s life was incredibly uncertain, and the only thing I could do was look her in the eye and acknowledge how unnerving that uncertainty was. And sometimes that’s all we can do.

A few hours had gone by before I realized I was in danger of being late to my own check-up. Before leaving, I handed over the frittata. “I’m not sure how the food is here, but where I stayed, it wasn’t too great.”

Jen chuckled and nodded in agreement, “Thanks. It’s always good to have healthy options.”

Afterword: Charlie received a stem cell transplant from his brother this spring and is in remission. He has a long road of recovery ahead. Jake is 3.5 years cancer-free and is the founder of Resilience Gives, an apparel company empowering families impacted by disease that specializes in unique socks.

You can help fund lifesaving research by purchasing personally designed socks by Ella (Little Miss Sunshine), Gabby (Gabby’s Puppy Socks) and Sullivan (Sullivan’s Fight). For each pair of these socks sold, $8 is donated to St. Baldrick’s. Purchase your socks today!

childhood cancer survivor do what you want