Fathers & Sons, Teaming up to Give Kids a Lifetime

Fathers and sons have played a big role in the St. Baldrick’s Foundation, many creating their own legacy by shaving and fundraising together. Others have just begun a tradition that may last for decades.

From left to right: James and Dave, Samuel and Clifton, Dylan and Jim

What keeps them coming back year after year? This Father’s Day, let’s hear it from a few dad-son duos committed to conquering childhood cancers.

For the Bigleys, this is the first year three generations shaved together to support kids’ cancer research.

Frank’s introduction to St. Baldrick’s was supporting shavees in New York City. When he moved to Iowa and saw there were no events held there, he organized the first head-shaving event in his town in 2006, and the rest is history. Since 2006, Frank has raised a total of $364,286 on his own head! He says, “Despite many successes, there is still a great need for improved treatments and cures. I have been blessed to have healthy kids and grandkids, but we have experienced cancer among others elsewhere in our family.” 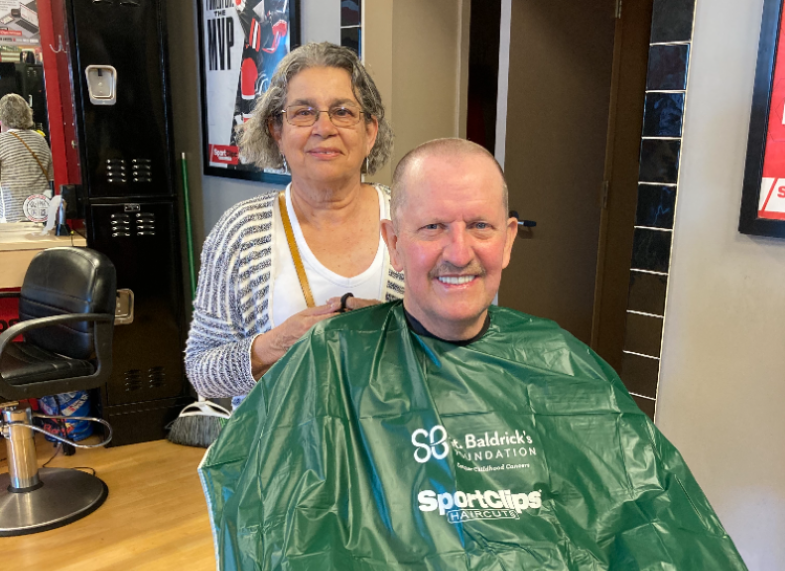 The idea for the three generations to shave came from James, Frank’s nine-year-old grandson, a four-time shavee who raised over $6,000 this year alone. This year Dave, James’ dad and Frank’s son, joined as a first-time shavee.

Dave has collected more than $36,000 and is currently ranked #9 out of all 2021 St. Baldrick’s participants. He says he’s happy to be able to participate and raise funds for such a worthy cause.

Together in 2021 alone, the three generations of Bald Bigleys raised more than $54,000!

Three years ago, in 2018, Clifton was given an opportunity by his employer to participate in the Nine Fine Irishmen-New York New York Hotel & Casino head-shaving event in Las Vegas.

Two short years later, his son Samuel says, “I got involved when my dad asked me in 2019 if I wanted to shave my head for childhood cancer [research]. I said ‘yes,’ so in 2020 I shaved my head for the first time and I’ve done it ever since.” 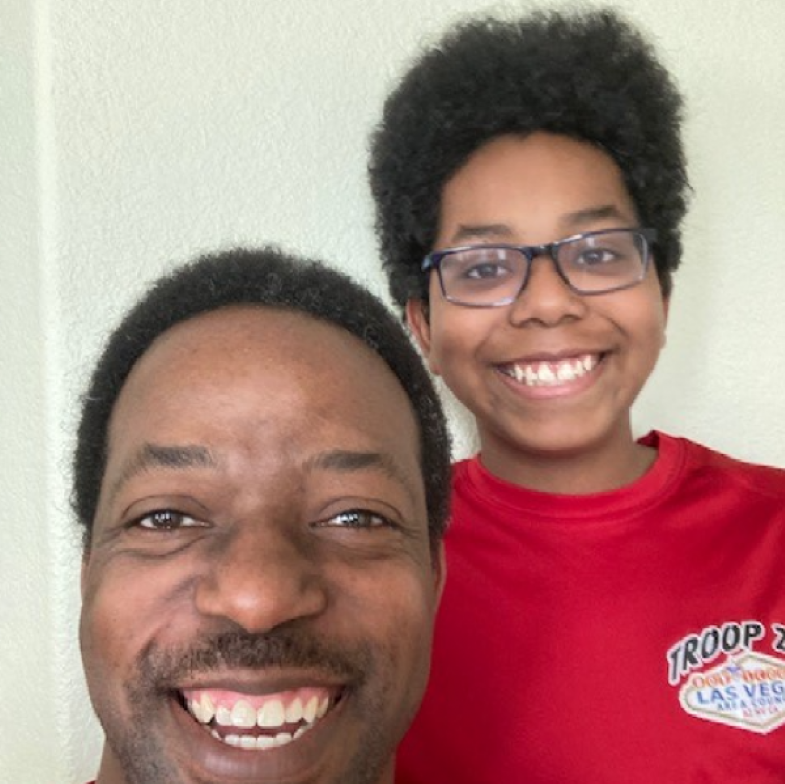 Samuel, almost 13 years old and now a two-time shavee, says, “I see this as an opportunity to make a difference and to help others.” He adds, “It means I can do something with my dad and can bond with him all while doing something fun and helpful for others.”

Clifton says, “I see it as an opportunity for us cherish the moments we have and to be grateful — hopefully, showing my son that it is important to look out for one another.”

Since forming Team CSW, Clifton and Samuel have raised just over $1,000 to support childhood cancer research. This year, they participated in a virtual St. Baldrick’s head-shaving party where they got to meet other shavees across the country. They say they will continue to participate because, “Childhood cancer is still affecting children, and their families, and we hope our small part can one day lead to a big impact.”

When his wife, a pediatric registered nurse, talked him into a whim in 2008 to do some good and get a haircut, Jim went for it. It wasn’t until 2014 that he truly committed himself to staying involved, and now he’s registered for his 10th year in 2022.

What sparked Jim to come back? His 14-year-old brother passed away in 2000 from an auto-immune Vasculitis condition. “I have since dedicated my life to improving and saving lives of young people, with St. Baldrick’s as my main focus.”

The Varagona dad-son duo began in 2019 when Dylan, Jim’s son, turned 10 years old. Dylan always said when he turned 10, he wanted to start going bald for St. Baldrick’s. Jim says, “That in itself made me proud.” 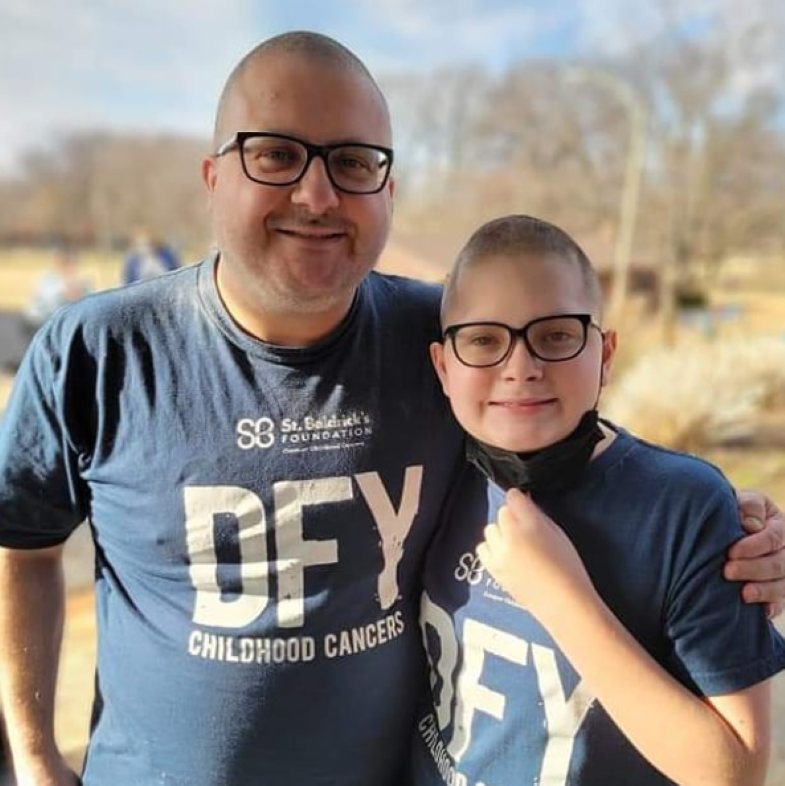 Jim’s daughter Vivienne, who is now eight, loves helping them fundraise on Facebook Live or helping design flyers and cards to hand out. Jim says, “Now she’s saying she wants to go bald right before she turns 10!”

The Varagobalds have raised more than $41,000 as a team since 2019. Jim says, “we make it fun with goofy Facebook Live makeovers and dances, but ultimately, we know we are doing good. We see kids and their families affected by cancer and aim to improve outcomes for them through our fundraising for research. I can’t stop shaving, while knowing there’s still work to do. And it’s an incredible lesson for my kids to see we all go through different struggles and tragedies but we’re all human. We can empathize and make some impact in the world.”

To all the incredible dads out there participating with St. Baldrick’s, thank you – for giving hope to kids with cancer and their families, and for the impact you’re making in your family and for others.

Help Give Kids With Cancer A Lifetime.