His mom calls him “an old soul.” This almost three-year-old little boy feels deeply and loves immensely — grown-up strengths that are carrying him through hard days in and out of the hospital as he faces off with cancer. This is Bodie. 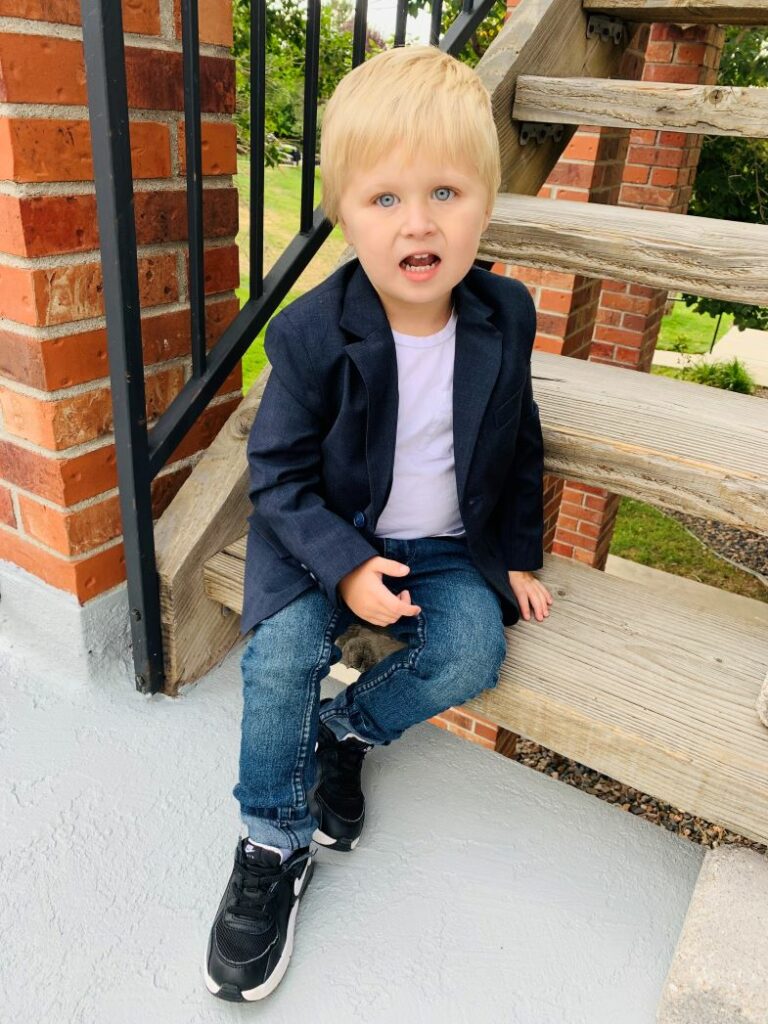 Diagnosed in September 2021 with neuroblastoma, Bodie’s cancer journey is just beginning. He had surgery on December 27, 2021, to remove tumors and an adrenal gland. Bodie faces more chemotherapy and in February, a bone marrow transplant. But his attitude is “fight to win!” and he understands with mature wisdom that even the “ouchies” must be endured if he is to beat his cancer. 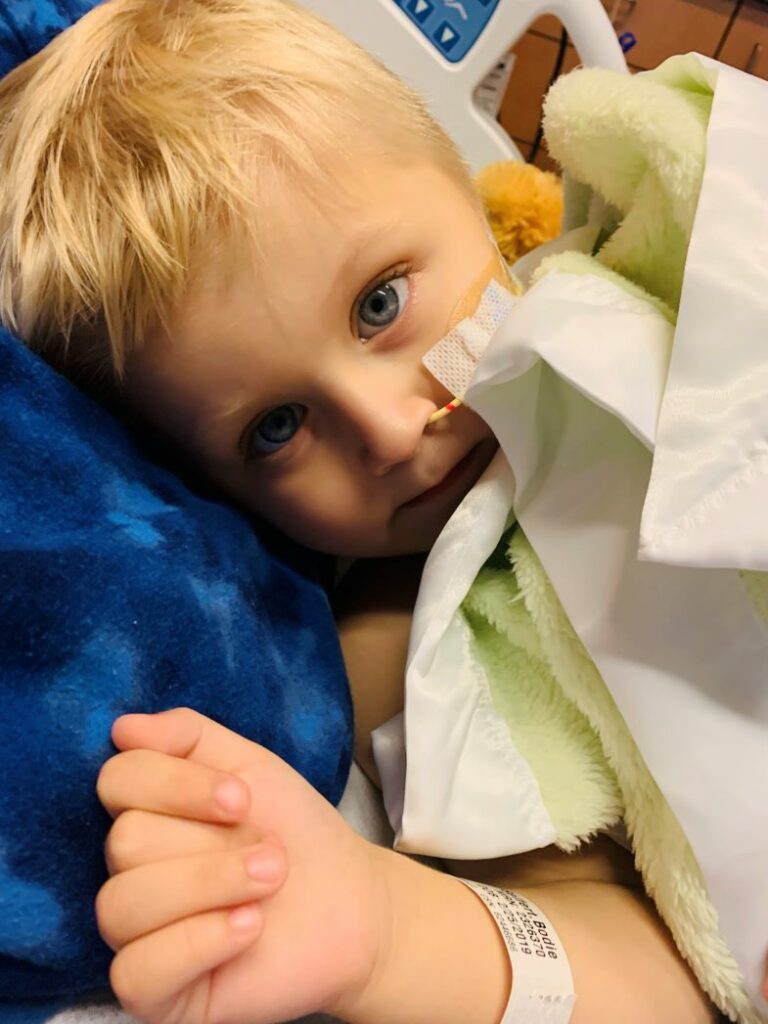 So Bodie is diligent about being a good patient and lends a hand to the doctors and nurses who care for him. He helps switch out port lines and puts caps on all the ‘tubies.’ He also finds his G tube and helps the nurses push his meds.

In many ways though, Bodie is a typical little boy who loves race cars and building tracks to race them on. He likes fire trucks, trains, puzzles, and football. Going to the park and Target rank as his top favorite things to do, second only to cuddling with mom to watch a movie or read a book. 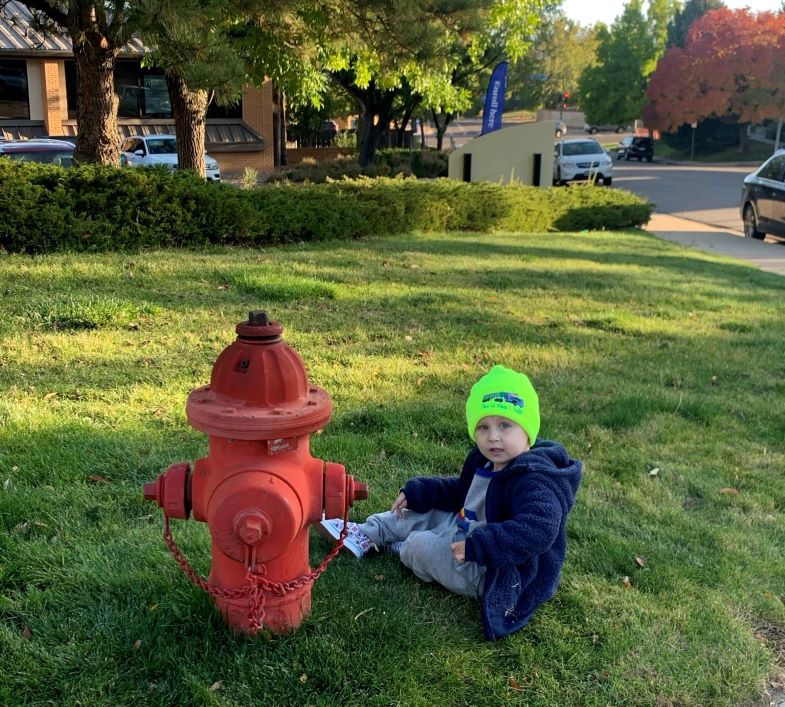 Then in the next moment, you’ll find Bodie watching his favorite TV show, “Jeopardy” reruns and being soothed by the sound of Alex Trebek’s voice or cheering contestants on the “Wheel of Fortune.”  Not totally typical entertainment for a toddler! He also enjoys Trash Truck and Kongsuni on Netflix. 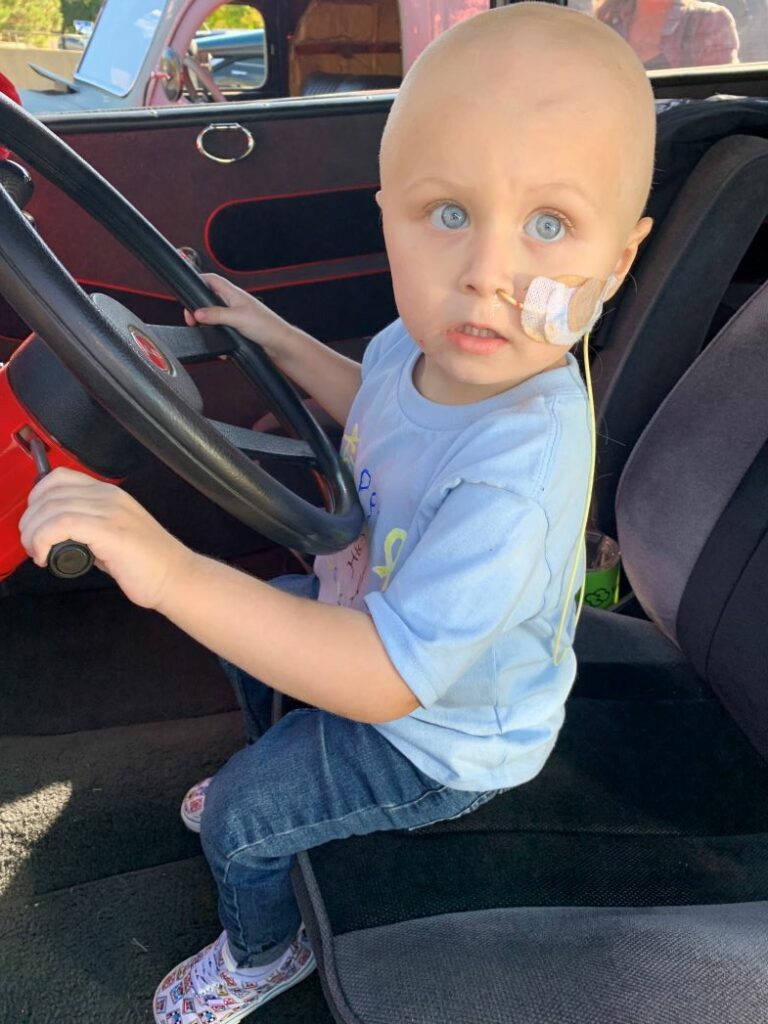 One day when he’s grown up for real, Bodie wants to be a firefighter or a doctor or maybe a football player.

But for now, Bodie is a contrast in being an “old soul” in a little boy’s body, a special character trait that is serving him well as he takes on the fight of his life.