Meet 2023 Ambassador Mia: An Extraordinary Kindergartener with a Mega-Watt Smile

Mia is no ordinary girl; in fact, she is EXTRA-ordinary! This spunky, fun-loving, energetic kindergartener is full of imagination. 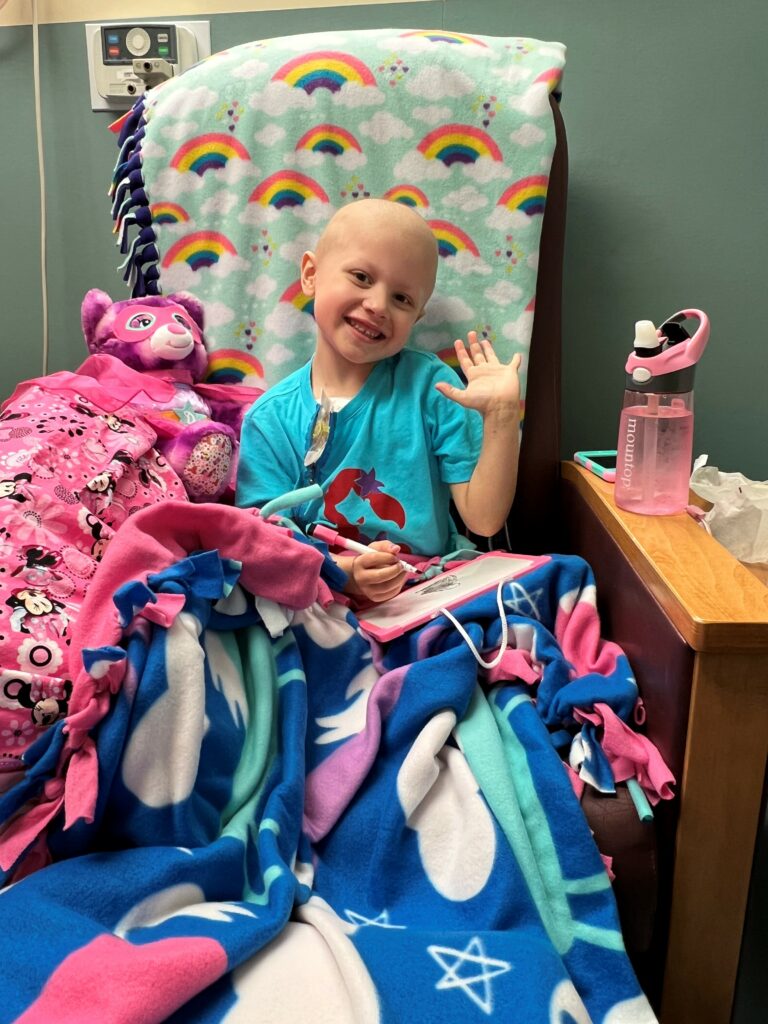 Mia in hospital during chemotherapy treatment.

Ask Mia what her favorite holiday is and without hesitation, she will answer emphatically, “Halloween!” A fan of all things spooky, she gets especially excited about dressing up, even choosing costumes for her family. This past Halloween, the DeCamilla family was transformed into the Addams Family with little Mia as a very convincing “Wednesday”. 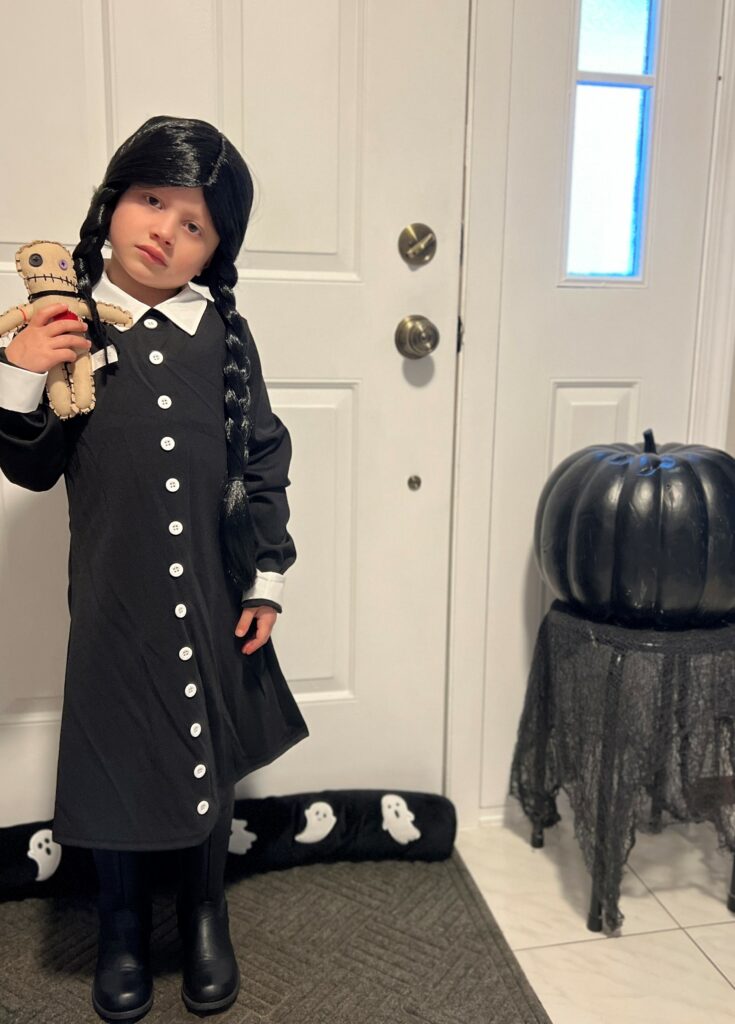 In January, Mia will have the honor of wearing a costume reserved for only the bravest of the brave. She will carry a shield and a sword while wearing an official coat of arms. According to St. Baldrick’s “legend”, each year a kid with cancer is chosen who epitomizes courage and optimistic endurance in the fight and whose story inspires volunteers and donors everywhere. For 2023, the spunky kindergartener who is already known as “Warrior Mia” to her family and friends will bear the title of St. Baldrick’s League of Legendary Heroes Champion!

Mia’s story began about a year earlier when a classmate in her kindergarten class tested positive for COVID. Despite testing negative, Mia developed a fever which lingered. Doctors thought it might be a virus, but high inflammatory markers and a distended abdomen indicated there might be something else going on.

Mia was admitted to Golisano Children’s Hospital where an ultrasound was performed. Her mom never ever considered that her daughter could have cancer. But a 12 cm tumor was discovered on her liver and in that moment, cancer became an unwelcomed part of the family’s life. 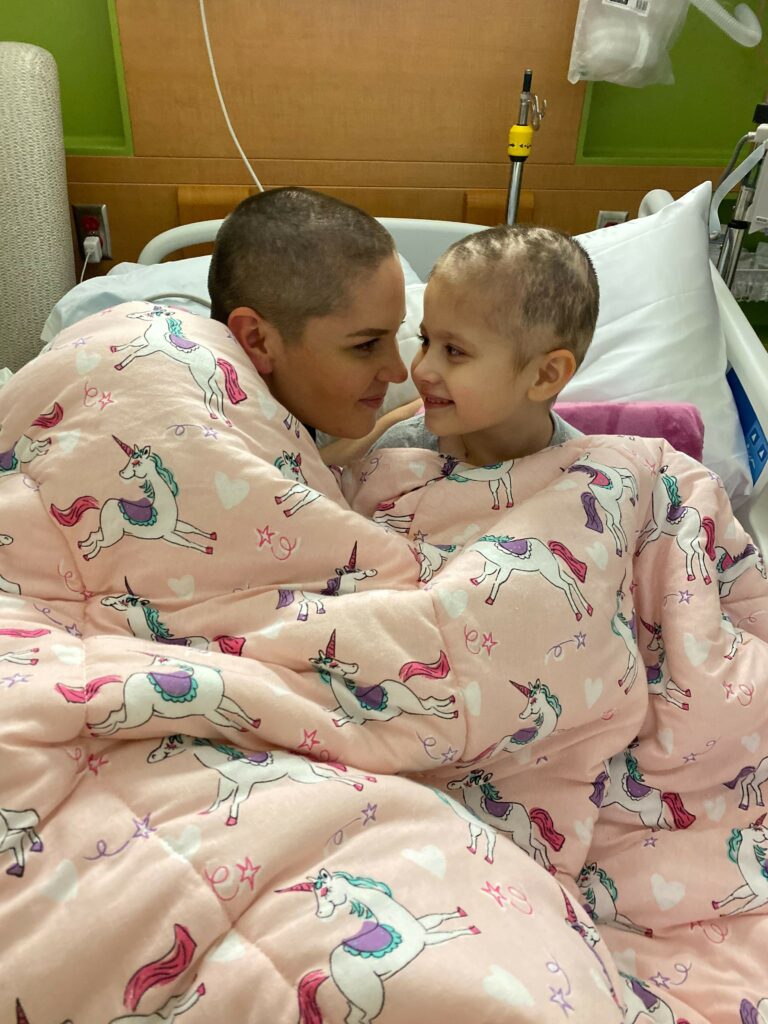 Mia and her mom.

The unofficial diagnosis was hepatoblastoma and Mia was started on chemotherapy immediately. But a few weeks later, it was then determined she actually had an even more rare cancer: undifferentiated embryonal sarcoma of the liver.

Mia spent four months in the hospital and missed most of her kindergarten year at school. She endured more chemotherapy and finally surgery to remove 75% of the right lobe of her liver. Unfortunately, her liver didn’t regenerate as expected so Mia’s liver function is limited to her left lobe. 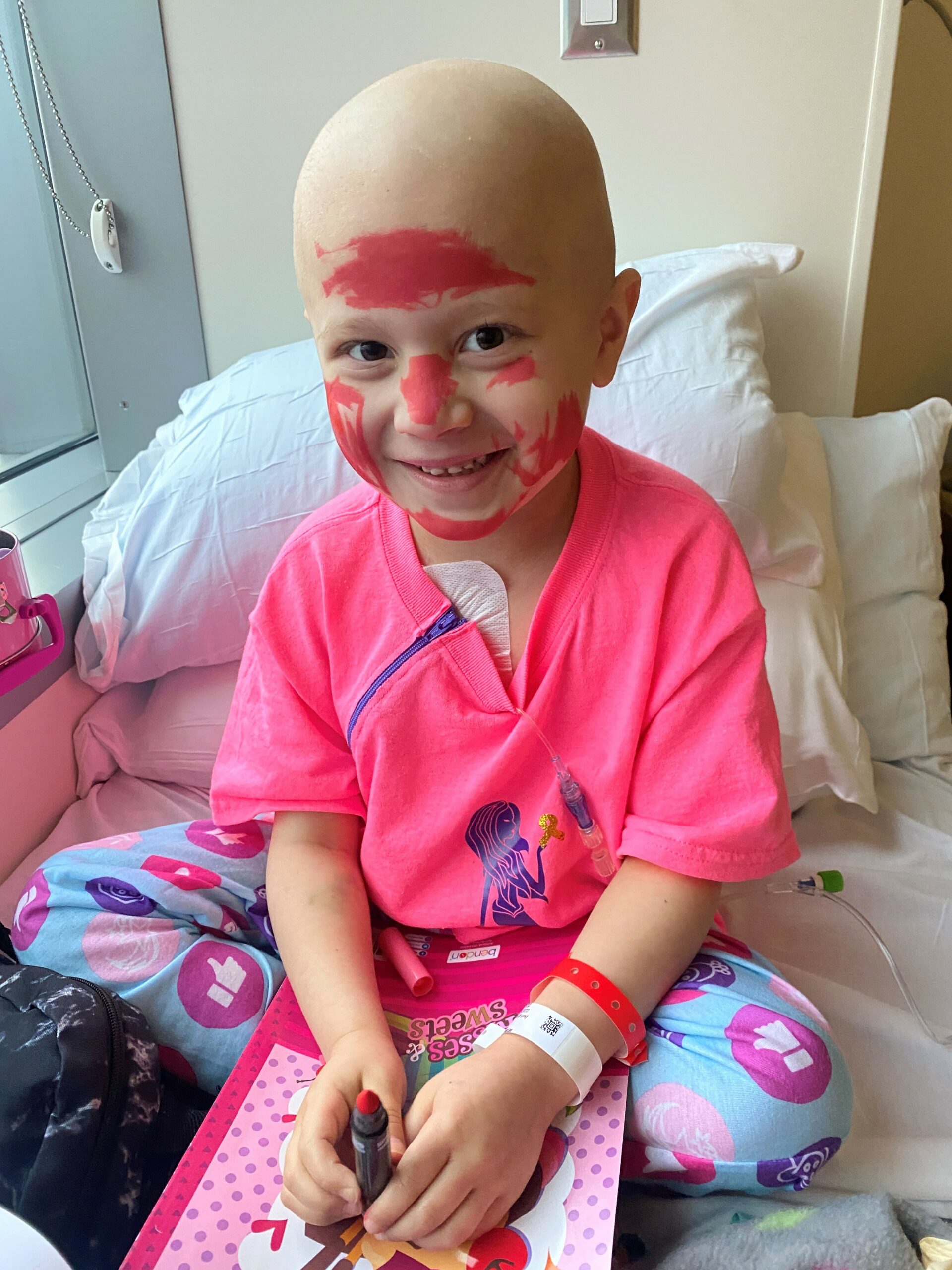 Mia in the hospital during chemotherapy treatment.

Although Mia is considered cancer free, because of the high relapse rate for this kind of liver cancer, she will be monitored with scans every 3 months to check for recurrence over the next 10 years.

But Warrior Mia is not wasting any more time being sick! According to her mom, she is back to being the energetic, fun-loving little girl she was before cancer. Spending time with family and friends tops her favorite thing to do list, as her mom describes Mia as a “very social kid.” 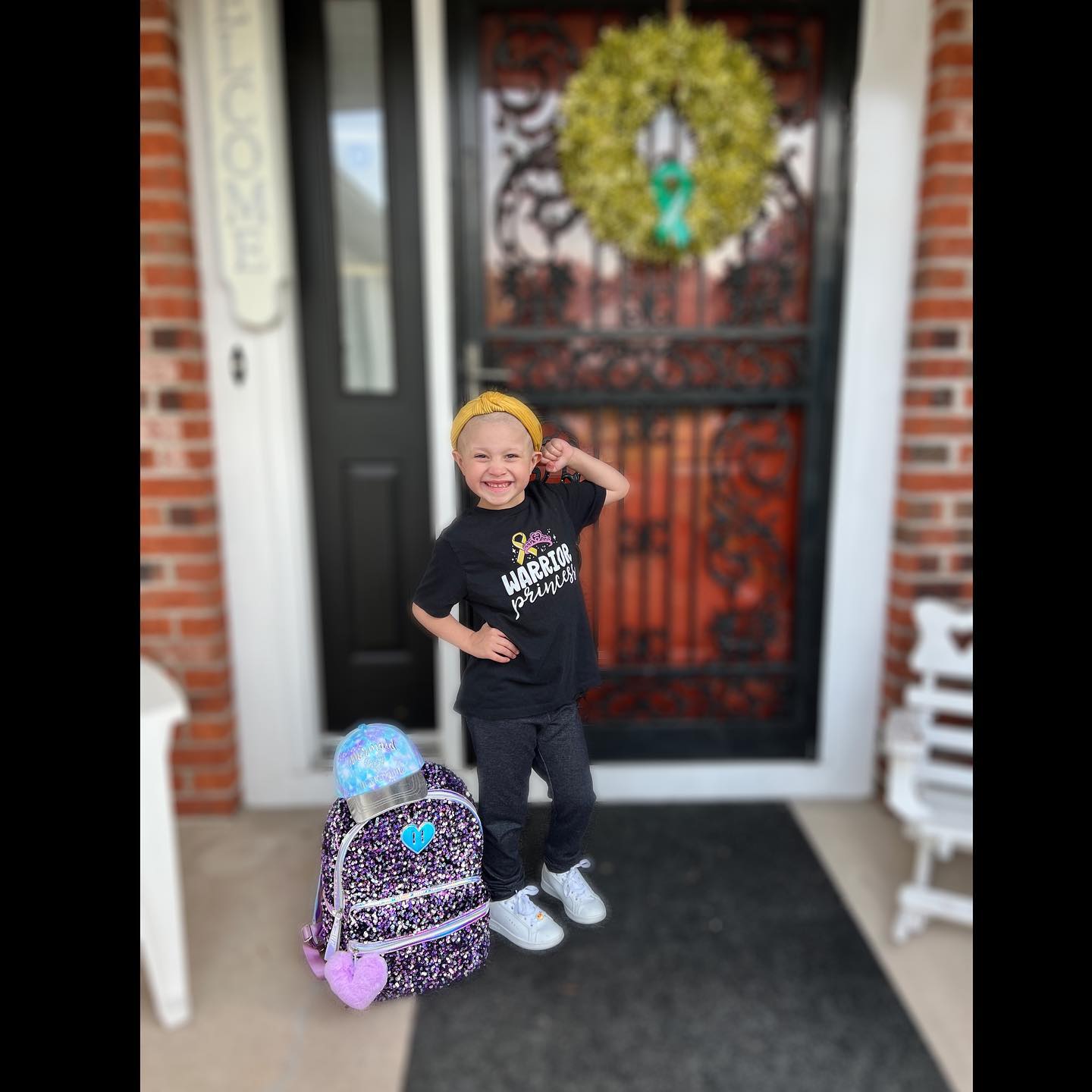 Mia on the first day of kindergarten.

Not the least bit camera shy, Mia loves to strike a pose, sing and dance and is always up for making TikTok videos. A fashionista at heart, she loves to dress up but her best “accessory” is her charismatic smile. After the long absence, Mia was also thrilled to be able to get back into gymnastics.

And of course, there’s Halloween to look forward to every year.

Mia’s story is far from over. St. Baldrick’s is proud to honor this six-year old’s courage and spunky zest for life as the 2023 League of Legendary Heroes Champion. All hail Warrior Mia!