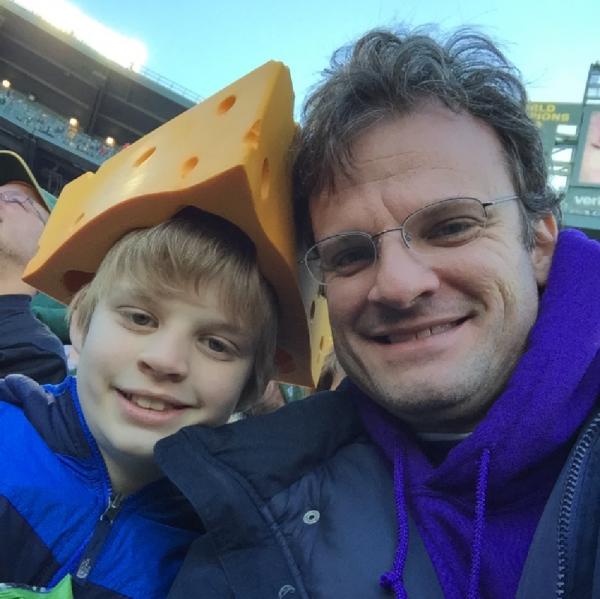 I shaved to raise money for childhood cancer research with: Team Brett 2022

I shaved to raise money for childhood cancer research with: Team Brett 2022

Brett was a sweet and fun-loving boy. He was diagnosed with an Anaplastic Astrocytoma grade 3 brain tumor in June 2014. He was a healthy boy aside from headaches that started when he turned 11 at the end of May 2014. He endured 7 weeks of proton radiation and chemo, then 10 months of additional chemo. His tumor was responding to treatment and chemotherapy was done Aug. 2015. The tumor showed signs of growing on the Nov. 2015 scan. He had a new MRI laser procedure to ablate the tumor in January and March of 2016. He then had another laser surgery in April 2017 due to a fast growing recurrence. He was in inpatient rehab for 2 weeks and a total 1 month hospital stay. This surgery affected his speech and communication. He then began immunotherapy. He was determined to get better. However, the tumor began growing in different parts of the brain including the brain stem so he was enrolled in a stage 2 clinical trial at Lurie Children’s Hospital in Chicago. Sadly, this treatment was unsuccessful and Brett passed away on January 10, 2018 at the young age of 14.

Brett went through hell during his 3 ½ year fight against brain cancer. It took his right side leg and arm/hand function and speech. But it never took his faith, love and kindness. In all, he endured 5 different chemotherapies and/or immunotherapies, 6 brain surgeries, several blood transfusions, countless hospital visits, trips to the doctor and needle sticks. Brett spent the last weeks of his life confined to a wheelchair and then to his bed. It doesn’t have to be this way for other kids because the St. Baldrick’s Foundation is providing funding for research for a cure for pediatric cancer. TEAM BRETT has raised over $100,000 for St. Baldrick’s in the hope that other children would not have to endure as much as he did.

Conrad Haubrich has joined the ranks of: