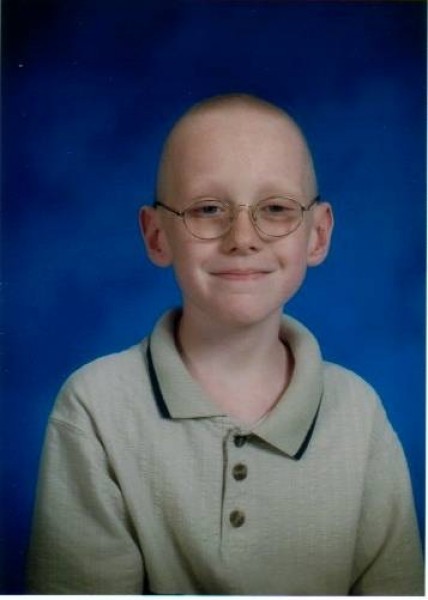 Jeremiah is our son, brother, grandson, nephew, cousin, friend... and our inspiration! He was diagnosed with medulloblastoma in June, 2002, just after completing First Grade. After undergoing several surgeries and radiation, he started Second Grade with his class as he was starting the chemo. Through all of the unpleasant side effects, Jeremiah lived each day with the joyful spirit of an active boy! He loved to read, especially the Harry Potter books, and play with his sister, Kateri, and dog, Bandit. He excelled in school. Fatigue did not sideline him on the playground and he loved to play jokes on his friends. The cancer returned in January, 2004, and took him from us two months later at the age of nine and a half. Through that last hospitalization, Jeremiah showed a faith in God well beyond his years and courage that we remain in awe of! So, to honor him and to help other families going through a cancer diagnosis, we, JEREMIAH'S TEAM, his family and friends, support St. Baldrick's again this year!