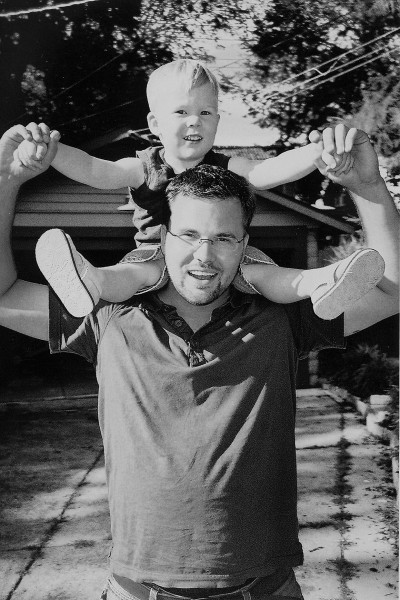 "Aiden has always been a very healthy, happy baby. Never even so much as a cold. Nothing could have ever prepared us for the news. After an accidental fall his mother took him to the E.R. where they did a CAT scan that showed a large mass in his brain. Over the course of the next week he had two surgeries that removed 90% of the tumor. First we were told it was SPNET. Further testing at St. Jude's showed it was AT/RT. It never occurred to us not to fight this. St. Louis Children's Hospital recommended palliative care. Three days later he was at St. Jude's. It all happened so quick." After 10 weeks of Chemo and 1 day of Radiation Aiden suffered his second seizure. The doctors decided that their was no curative measures to take. We went to northern Illinois and entered into hospice... Aiden grew his angel wings on St. Patrick's day morning. He never complained... He never lost his sense of humor... I hold to the notion that everything happens for a reason. Aiden's death was a stupid reason... one that none of us understand. However, he was here... and he made a mark. I see that mark in everyone that knew Aiden. Aiden changed US. We are happy because we were blessed by this little boy's life. Short though it may have been... we were touched. We were changed. And it's because of Aiden.