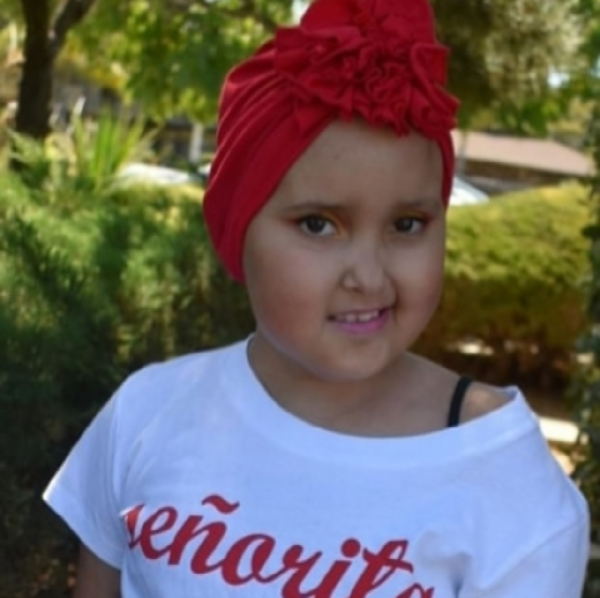 Please meet Leilani Sophia Trinidad. To her family and thousands of friends whose lives she touched in so many ways, she is known as Sofi. A forever 10 year old girl, who like so many other innocent children was forced to stare cancer directly in the face and fight a battle no child should ever have to. Her fight was was like a nightmare that she wished to wake from someday, but never could. It was always there, it’s grip on her was so tight and vicious. This fight was so unfair. Cancer never gave her even a moment to catch her breath. It doesn’t care who you are or where you are from what color you are, your social status, rich or poor. Cancer doesn’t care. Everyday for 3 years, this sweet, beautiful girl learned how to be fierce and find the strength and courage within her to fight a beast  that defeats even the strongest of grown men. On December 20, 2016, Sofi was diagnosed with stage 4 brain cancer.  A rare and extremely aggressive form of  brain cancer called Supratentorial Primitive Neuroectodermal Tumor or sPNET. This form of cancer makes up for only 2.3% of all childhood brain tumors so therefore does not even have its own treatment protocol. The treatments Sofi endured throughout her fight were so harsh she lost all of her hair, which never grew back. She lost so much weight she was required to have a feeding tube the entire 3 years, which was only removed a mere few months before cancer stole her life. Three whole years of nasty ugly medicines that made her so sick, many kids do not survive the side effects. Sofi was given 9, that is NINE of the strongest most powerful chemo drugs there are.  Many many rounds of each of the 9 chemos and none of them were strong enough to kill the cancer that Sofi had. She endured radiation and cyberknife radiation surgery 3 separate times as well as 4 brain surgeries to try to remove the tumors that continued to grow back and torment poor Sofi. Shortly after her 4th surgery her cancer rapidly grew back and spread to her spine in as little as 30 days!! At that point her family received the news that no family should ever hear, there was nothing more to be done.  The were told to make as many memories as possible and sent her home with comfort care in the hopes to make her last months and weeks and days as peaceful and painless as possible. Sofi fought with everything she had until her very last day, with a smile on her beautiful face.  She was all that is pure love and the definition of a true warrior. On September 25, 2019, sweet beautiful Sofi took her very last breath in her mommy’s arms, surrounded by her family, her puppy Koko and those she loved. She woke up in heaven, cancer free with the most amazing angel wings one could ever imagine.  We love you for always Sofi. We need your help. These children are treated with the same chemotherapy drugs that were produced over 50 years ago for ADULTS. The same exact drugs that can bring a grown adult to their knees are given to our children because there just is not enough funding for research and development of newer, milder drugs fit for CHILDREN. Of all the funding received for cancer research each year, only a mere 4% of that money actually goes toward pediatric cancers. Not to mention that 4% is then split up between the hundreds of different types of childhood cancers, which somehow evens out to be around $250 per child.  Everyone seems to believe childhood cancer is rare.  It is only rare until it happens to YOUR CHILD. Once the whole world is falling down around you, and you then realize how underfunded this research is, and you are told there is nothing more to be done for YOUR CHILD, at that point you would be asking yourself what else can you do?? DO NOT wait until it is your child to care.  Do something about it NOW before it’s too late. Thank you for supporting me and the more than 300,000 kids worldwide who will be diagnosed with cancer this year. By sharing the gifts of your time, talent and money with the St. Baldrick's Foundation, you're supporting research to give all kids with cancer a better chance for a cure.