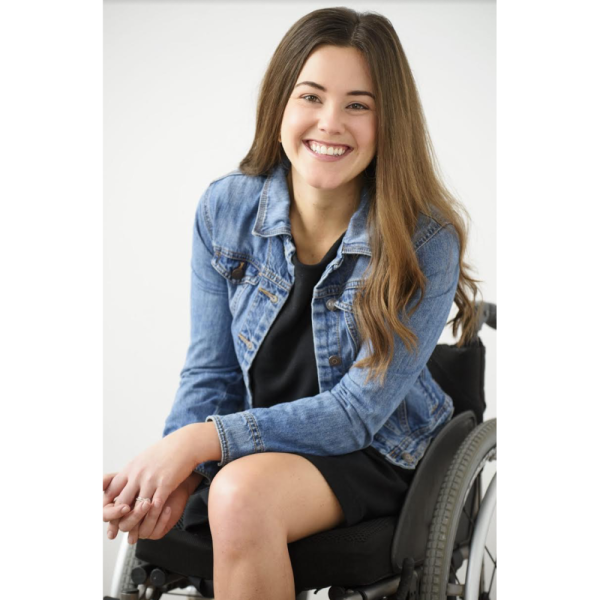 2023 Ambassador Hanna: A Lesson in Rising Above the Storm

2023 Ambassador Hanna: A Lesson in Rising Above the Storm

At 16 years old, Hanna was an active teen with friends, school and soccer taking centerstage in her life. Then everything changed. A severe pain in her right hip, thought to be a sports injury, didn’t improve with physical therapy. An MRI revealed a grapefruit sized tumor in her hip. The diagnosis was osteosarcoma or bone cancer.

Hanna immediately began a 10-round protocol of chemotherapy to shrink the tumor, but it was unsuccessful. Doctors said a hemipelvectomy amputation—removal of her leg, hip, and half of her pelvis—was her best option for survival. After 10 rounds of chemo, a 23-hour surgery, followed by 17 more rounds of chemotherapy and months of physical therapy, Hanna was cancer free.

At her 10-year check-up, Hanna was given the “all clear.” But it came with a hiccup. Testing revealed she had a rare disorder called Li-Fraumeni Syndrome. She carries a gene mutation which puts her at risk to develop other cancers, particularly breast cancer. It was advised Hanna get a double mastectomy to avert that risk and be on a strict screening protocol thereafter.

In the years since her diagnosis, Hanna married her soulmate, completed her master’s degree, launched a full-time marketing career, adopted a sweet three-legged German Shepherd named Frankie, and models for brands to help them be more inclusive in their campaigns.