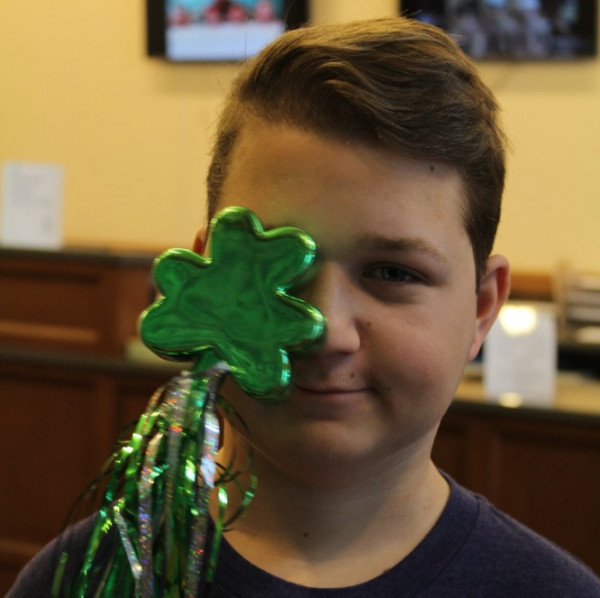 Thank you to everyone who joined TeamBrent for its 15th and final St. Baldrick’s Foundation event at the Westport Weston Family YMCA.  It has been our absolute honor to fight childhood cancer together over the past 15 years.

The St. Baldrick's Foundation is a volunteer-powered charity that funds more in childhood cancer research grants than any organization except the U.S. government.  When TeamBrent started, 15 years ago, there was one local St. Baldrick's Foundation event at Bradford’s in Stamford. We started there and branched off on our own the next year. We’ve been thrilled to watch the growth of the St. Baldrick’s Foundation in events, reach and impact. There are now 20 events within 20 miles of the Y, and more that just haven’t registered yet. Our team has raised over $4 million and held events at bars, schools, Arena at Harbor Yards, the YMCA, in Boston, in London, and in Singapore and had a lot of fun in the process. It is a good time for TeamBrent to hang up its organizer role and turn our attention towards helping other groups grow.  Please reach out and let us know if we can help you start an event!

We celebrated with a Very Special group of speakers.  It was heartwarming to hear about their journeys and what the Foundation has accomplished, and what is yet to come.  Thank you to DJ Ed Train , Sandra Cassady of Once Upon a Face Paint, and studio photographer Heidi Curran for volunteering (for 8+years each!)  Participants enjoyed free use of the YMCA for the day, and further funds were raised via bake sale and challenging Brent in a chess match.
Our 15 Year Anniversary Ceremonies was hosted by the one and only Sportscaster Deb Placey and featured:
- 24 year old Jake Teitelbaum, lymphoma survivor and Founder of Resilience Gives, a company using custom socks to empower patient communities and inspire resilience.  You may know Jake from the Capalbo Strong socks!  Jake was diagnosed while a student at Wake Forest University, tried to fight the cancer while attending, until his doctor told him frankly that "college was no longer a priority."   Click here to learn more.
- Anthony Capalbo, father of Charlie.  Anthony spoke at last year's event about Charlie's recovery from Lymphoma (TLL).  After our event, Charlie regained 40 lbs, coached some hockey, and in September he started Fairfield University.   In October, routine labs showed abnormalities which turned out to be a new cancer, Acute Myeloid Leukemia (CNS AML).  Charlie is currently recovering from a stem cell transplant - with his brother Will's marrow! Click here to learn more.
- Special Operations Intelligence Operator George Dutile, a Marine for just over eight years, and served in a special capacity on a SEAL team for the remainder of his 16 year tenure.  He's tough - and says kids with cancer are tougher.  Click here to learn more.
-Mike McCreesh, Chairman of the Board, St. Baldrick's Foundation.  Mike is father to two daughters and 16 year old Brent.  Brent was diagnosed with stage iv neuroblastoma at age two.  Mike and Brent are beleaguered NY Mets fans.  Their experience with hopefulness in the face of adversity came in handy during cancer treatment.  In that vein, they will never give up in their fight to cure all childhood cancers.
- Dr. Kevin J. Curran is the Pediatric Director of the Cellular Therapeutic Center (CTC) at Memorial Sloan Kettering Cancer Center and a former St. Baldrick's Scholar. His St. Baldrick's funded research is to develop new treatments for pediatric cancer using the immune system thereby improving response and reducing toxicity.  YES YOU FUNDED THIS! Click here to learn more.
We are so honored that over a dozen kids have spent over half their lives shaving their heads for St. Baldrick's.  These Half-Lifers are the bALLd Stars of our event.   Our other stars are our Knights - those who have participated for 7+ years.   We have been proud to induct 118 people into the Knights of the Bald Table at TeamBrent events.  Please join us in thanking the following Knights for their dedication to improving the lives of children: