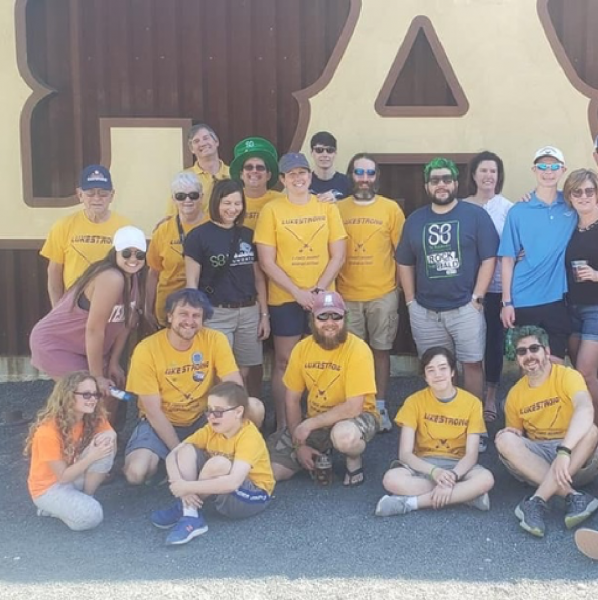 Team LukeStrong was formed in 2013 when the devastating news of a cancer diagnosis impacted the Baca family.  A few months later, a small team of 3 and a few supporters walked into their first St Baldrick’s event. Seven years later, we have raised nearly $74,000 and created a Hero’s fund to support researchers in the field of Neuroblastoma. We have been able to witness the strength of the fight from Luke, his family and supporters from all over the globe.  We will not let cancer define our future.  Our future will be defined by our resilience and our ability to keep fighting the fight until no family ever gets the same diagnosis again.  DFY #alwaysLukeStrong

Now we need your help! Will you make a donation? Every dollar makes a difference for the thousands of infants, children, teens, and young adults fighting childhood cancers.