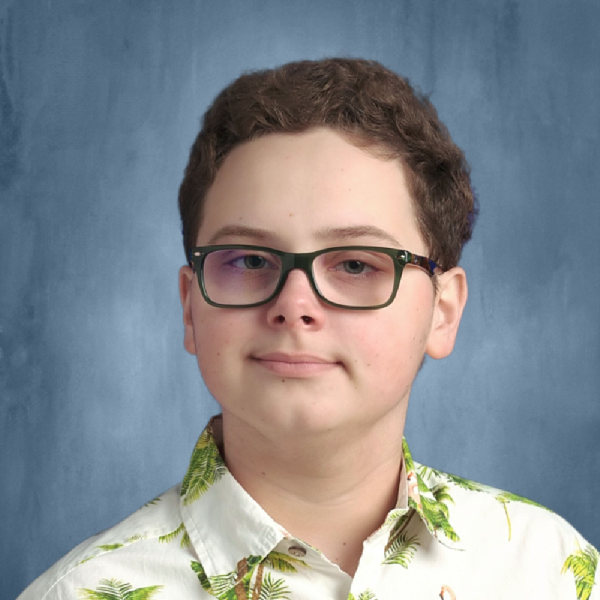 Luke was diagnosed with Stage 4 Neuroblastoma just 3 weeks after his 5th birthday. He underwent tumor resection, chemotherapy, stem cell transplant, radiation, antibody therapy, and a chemotherapy study. He had no evidence of disease for 2 years & off treatment for 6 months.  At his 9 month post treatment scans his cancer had relapsed & he went back in treatment.  After another 2 rounds of antibody therapy & 2 rounds of MIBG therapy, he once again had no evidence of disease.  Luke was on maintenance medications & chemotherapy to prevent a second relapse but his 9 month scans once again showed the cancer was back 3 weeks before his 10th birthday.  After 2 more rounds of antibody therapy Luke once again had no evidence of disease!  He continued for a total of 10 rounds of antibody therapy.  He was on a preventative drug study for a year but in August of 2020 scans showed he had relapsed for a 3rd time.  Luke had his Natural Killer cells harvested for a new study in September 2020.  He received bridge chemotherapy while his cells were being modified for that study.  If all goes as planned, the infusion of the modified cells will be in October, the 7 year anniversary of his original diagnosis. LukeStrong!

Thank you St. Baldricks for funding research for neuroblastoma treatments.  Thank you for supporting Luke and the more than 300,000 kids worldwide who will be diagnosed with cancer this year. By sharing the gifts of your time, talent and money with the St. Baldrick’s Foundation, you're supporting research to give all kids with cancer a better chance for a cure.