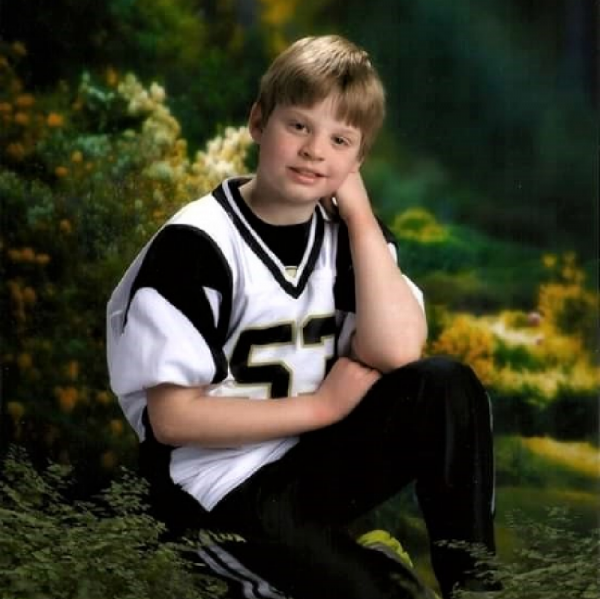 Brett went through hell during his 3 ½ year fight against brain cancer. It took his right side leg and arm/hand function and speech. But it never took his faith, love and kindness. In all, he endured 5 different chemotherapies and/or immunotherapies, 6 brain surgeries, several blood transfusions, countless hospital visits, trips to the doctor and needle sticks. Brett spent the last weeks of his life confined to a wheelchair and then to his bed. It doesn’t have to be this way for other kids because the St. Baldrick’s Foundation is providing funding for research for a cure for pediatric cancer. TEAM BRETT has raised over $100,000 for St. Baldrick’s in the hope that other children would not have to endure as much as he did.

Brett received outstanding treatment at St. Louis Children’s Hospital and Lurie Children’s Hospital but there is so much research left to do to find a cure or better treatment for children fighting brain cancer. We will find a cure someday and your donation helps make this possible! Please donate to the St. Baldrick’s Foundation—TEAM BRETT! ALL FUNDS RAISED GO TO BRAIN TUMOR RESEARCH FOR HIGH GRADE GLIOMAS! There are not many options for these kids and the federal government’s budget gives only 4% to childhood cancer research. There are over 160 kinds of childhood cancer! We need your help! Will you make a donation? Every dollar makes a difference for the thousands of infants, children, teens, and young adults fighting childhood cancers. Brett would be proud of you!!!