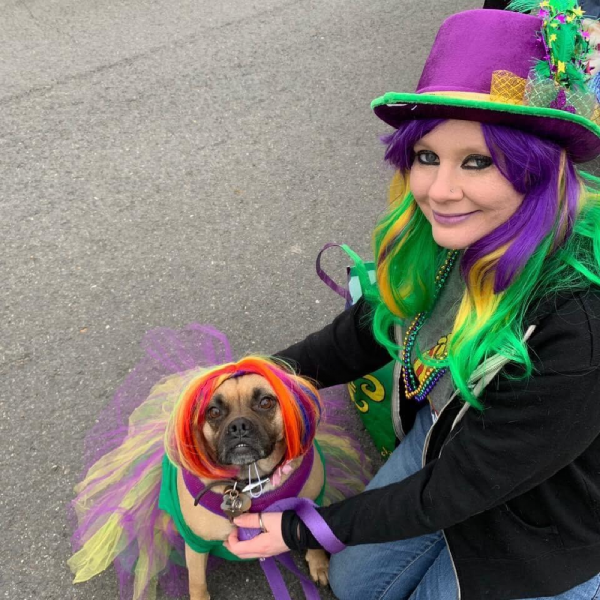 At: Louisiana Purchase Gardens and Zoo

I helped to raise money for childhood cancer research with: The Pink Flamingos

At: Louisiana Purchase Gardens and Zoo

I helped to raise money for childhood cancer research with: The Pink Flamingos

This is my 3rd year with St. Baldrick’s. I lost my mom to stomach cancer two years ago, she passed on my dad’s birthday.. A little before she passed my dad was diagnosed with non small cell lung cancer and had underwent a lobectomy. He was in remission and we thought it was all over, but it was just beginning. After finding him confused and incoherent I called 911 and we found out he had a hemorrhagic stroke and they also diagnosed him with stage four metastatic brain cancer. He had seizures, did targeted radiation, and despite all that he was still active and positive. You never would have known he was sick. Then the last two months he went downhill faster than I expected. He passed away at home in my arms September 16,2020. The pain of the loss is unbearable. I was involved with St. Baldrick’s before all of this happened, but now this cause means even more to me. I cannot begin to imagine losing a child in that way. To watch your child scared and getting sicker and there’s nothing you can do. Until there is a cure, I want to continue to do my part, in the scheme of things it doesn’t amount to much, but when a lot of us come together, great things can be accomplished.

I'm volunteering and raising money with St. Baldrick's to help kids with cancer! Every 2 minutes a child is diagnosed with cancer worldwide, and 1 in 5 of those in the U.S. will not survive. I refuse to accept this reality, so I’ve decided to fundraise for lifesaving research to find cures and better treatments for kids.

Ashley Garrett has joined the ranks of: