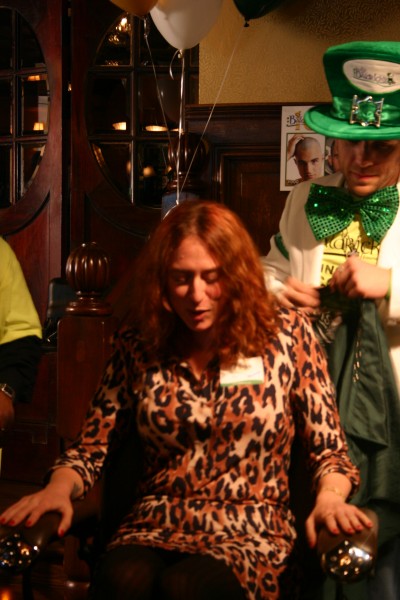 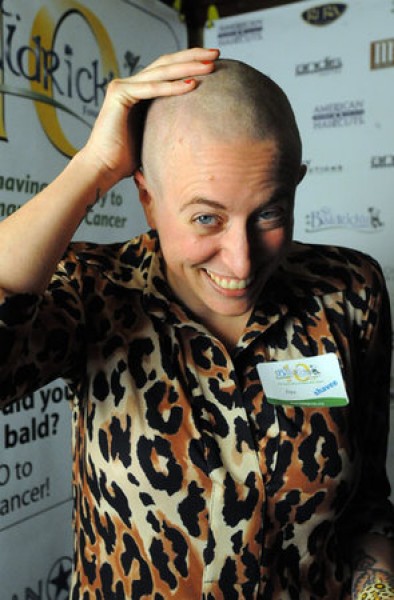 I shaved to raise money for childhood cancer research with: American Haircuts

I shaved to raise money for childhood cancer research with: American Haircuts

3/11/10: Update: WE DID IT! From $350 raised as of the morning of The Big Shave, last-minute donations poured in...as well as cash donations from well-wishers at the event itself. Including a final $80 delivered by waitress from "a Secret Admirer" right as I was leaving the event. I turned right back around, handed it over to the MC on the stage...and it pushed us over $1000! What an amazing goal to reach, and amount to be able to give this organization. I really wondered right along if we could do it! From the bottom of my heart, to the top of my now-shiny head, I'd like to thank each of you who supported me and these kids through your donation. Meantime, if you see Karl Hoerz in your travels, congratulate him personally on breaking the $1000 barrier, will you? As most of you know, he's been the driving force this past month in reaching out to raise the cash to reach this goal. No one was prouder than him when they announced to a packed house from the stage that we'd passed $1,000...and he deserves to be! Thanks also to Wallace Barlow in his leprechaun hat, for shaving me so smooth while keeping to the Locks of Love requirements...AND keeping the crowd entertained...WITH MY HEAD! And to the Atlanta Journal Constitution. For catching the most...er...EXPRESSIVE "reaction shots." In living, shining color. Yikes! Seriously, thanks again to all of you. This event, and organization, was well and tightly run, and I was proud my scalp and I could take part. Off to invest in caps - Jinx Dear Friends: Thanks so much for stopping by! I was just sitting here, stroking my soon-to-be-history curly locks, thinking about all the crazy things I do, like being the only chick in the charity head-shaving event (so far)...! There are MUCH crazier things than me out there, though. And childhood cancer is one of the most insane. Can you even *imagine*, being the parent whose heart is sinking, to hear that YOUR child has been stricken with such a terrifying sickness? Can you imagine being that child? Not even really understanding sickness or even death all that well, but understanding the fear and sadness in your parents' eyes, and trying to put on a brave face, for *them*...?! How can I NOT shave my head?! In fact, I regret that I have but one scalp to give. And so I thank you for supporting me by stopping by and donating. But mostly I thank you for supporting the families dealt this struggle. THANK YOU, for making their burdens even a little lighter (while I make my scalp so)! And also. You should know that I'm dead set on trading my hair for AT LEAST the full $1,000 sponsor total. I mean, there are GUYS who have brought in much more (for much less hair!)...and here I am, the *only* female. So, everybody! Rally 'round! We've GOT to show them that chicks can bring the heat AT LEAST as well -- we've got the fairer half of the entire human race to represent -- and we've got only **TWENTY-THREE DAYS** in which to do it!!! So, I implore you: give, because it eases the lives of children dealt a raw and often mortal blow. Then give more. So I can walk out of that pub with my naked head held high, because I sold my hair (and my vanity!) absolutely as dearly as I could! I'm deadly serious. As serious, in fact, as childhood cancer. And so: again, I extend my deepest thanks to you for taking one more crazy journey with me, and most of all for helping these kids. Small price to pay in contrast, right? Hair today, gone tomorrow... Let's hope childhood cancer may soon be mowed down, too. Yours Warmly (at least, 'til the 10th), Jinx