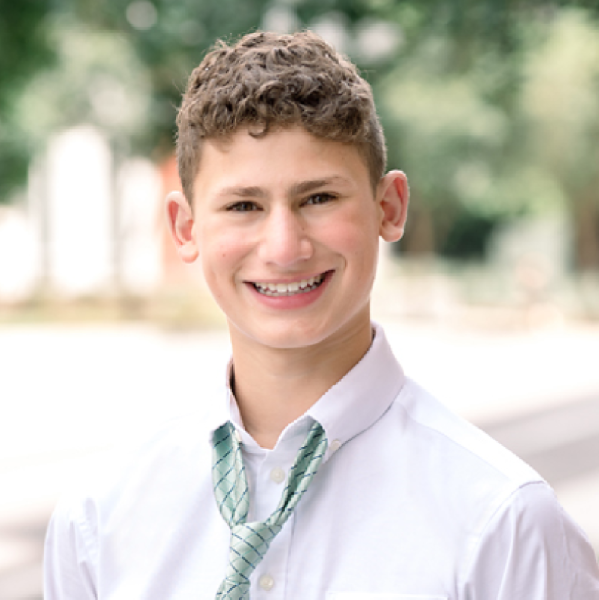 is shaving to cure childhood cancers!

I am shaving to raise money for childhood cancer research

I am shaving to raise money for childhood cancer research

Thank you for supporting my Bar Mitzvah project page. When I shave in 2022, it will be my 8th shave.

In 2015, his Aunt Susan (“Sus” – rhymes with Moose) told him about a friend of hers in Louisville with a young boy shaving his head in support of his brother. Henry decided that he could do this, because it is just hair and it would grow again – a bold statement for a 2nd grader. In order to receive a donation, Henry has always asked for the donation himself. Of course, Mom and Dad posted about it at their offices, but that was out of pride.

Henry didn’t quite understand the fundraising, yet, but he knew he could shave. Henry’s first shave was outside at a new restaurant near home. There were just a few people that came to watch, and he raised $340, almost double the $200 goal he set for himself. A family friend, Ms. Jenny, came with her shears and made him bald in just a few moments.

Harrison shaved his head in Louisville to support his brother Glen. Glen was fighting Rhabdomyosarcoma with a doctor that was funded by St. Baldrick’s.

The next year Henry decided to do it again, but this time in Louisville with Harrison and Glen, as a part of Glen’s Army. In 2016, Henry raised $721 all on his own. Henry met Glen and Harrison at the Louisville Slugger Field for a large event.

In his third year, he shaved in Franklin, just south of Nashville, at a local event. He also received the honor of becoming a “Squire of Hope” for St. Baldrick’s – the first level in the “League of Legendary Heroes.”

His fourth year was at the same event in Franklin. But that was his last event as a participant of an event.

Henry has done virtual events, always with Ms. Jenny and his own supporters, raising funds in honor of Glen B. Enough funds (through all of his supporters) were raised to have a $100,000 grant made in Glen’s name through St. Baldrick’s.

In 2020, Ms. Jenny cut his hair March 1, just before the world closed. Henry’s goal was achieved for his Bar Mitzvah, though. He raised over $10,000 in just six years.

In 2021, Mom had to do the shave. Henry made very clear that this would be Mom’s only shave. Also in 2021, Henry became a “Knight of the Bald Table” – the second level received with seven shaves. He now stands with a $12,000 total

Why am I shaving my head with St. Baldrick’s? Because your donation “on my head” will actually save lives.

Kids with cancer need our support now more than ever. St. Baldrick’s is the largest non-government funder of childhood cancer research grants, and the pandemic has slashed donations, slowing down the progress to find cures.

Cancer kills more of our kids than any other disease. Research can change that, and I don’t want to let these kids down. Can you help? Thank you so much!

Henry R. has joined the ranks of: