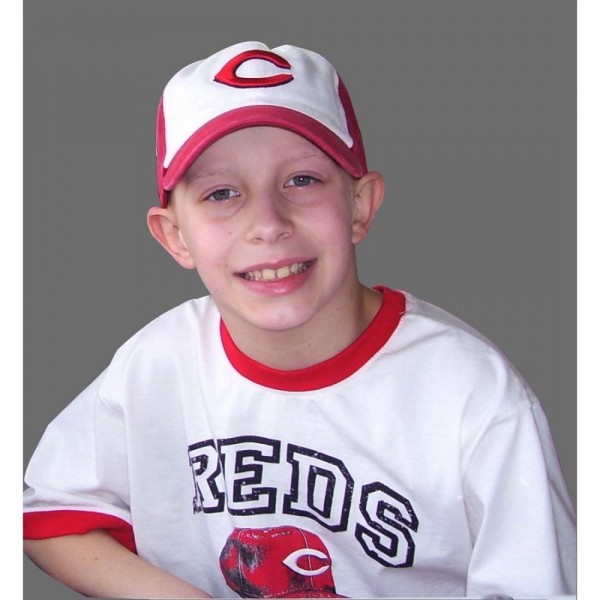 Nik started feeling sick a week or two before Thanksgiving, 2008,it seemed like a minor "bug" that would have to run its course. He was confined to the couch for the week after that because he was so tired, had a headache, sore neck, and was vomiting. He hadn't had anything to eat for that week, or couldn't keep it down. We became worried and took him to the doctor, (multiple times) who claimed it was just a passing virus. After the appointment with a new Dr. and blood tests on Monday,(Dec 8) we found out that Nik was dehydrated but everything else appeared to be ok. It was late that Monday afternoon when Nik began to complain that his head hurt worse and he couldn't feel what his right arm was doing. Andy took Nik to the bathroom because he had trouble walking and said that he was getting sleepy and couldn't stay awake. At that, I called 911. The ambulance arrived and took Nik and I to Mercy Fairfield where they did a catscan. After that, the ER doctor came to the room and toldus that the catscan revealed an abnormal mass on the back of his brain. About 45 minutes later, they were on the way to Cincinnati Children's Hospital. When he arrived, Nik was placed in the ICU section in the ER. A neurology team of about 12 people rushed into the room to assess him. After assessment, they said that he would need surgery to remove the tumor from the back of his brain. It was about the size of a racquet ball, and it was the cause of the headaches, neck aches and vomiting of the previous weeks. They scheduled the surgery for 7:30 the next morning and it ended up taking 16 hours. At about 14th hour, the surgeon came and told us that the MRI revealed that there was more to the tumor than originally thought, and that due to swelling and the possible remnants of the tumor left, they would have to go back in a few days. 20 minutes later after reading a second MRI, the surgeon opened the waiting room door with a completely different look on his face and said that the MRI was pristine and he saw no more tumor. He also said that whoever had been praying, it sure worked. After spending a day and a half in ICU, Nik was transfered to the Neuroscience floor to a regular room. On Dec. 22 he was moved to the rehab floor. He was unable to talk, swallow/eat or walk. He worked his butt off and on February 4, 2009, he was discharged and walked out of the hospital! He has been working hard ever since. He is now in the 6th grade, doing well in school, playing baseball, and enjoys watching baseball and Miami rugby. April will be a big month for Nik, he has his 2 year out of treatment appointments. If everything is clear, he will only have appointments every 6 months.