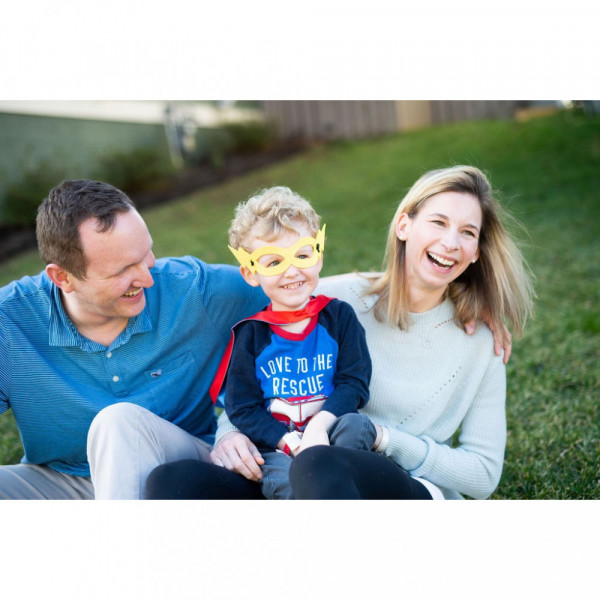 "Childhood cancer. I can’t even imagine what it would be like to deal with that." What a difference a week makes... On Friday, February 1st Mike brought Jack to the pediatrician because he had been complaining about pain in his left leg for a little over a week. He had not been sleeping well. He'd been waking up every hour or so complaining of pain and that afternoon at school he refused to walk. He was diagnosed with toxic synovitis. He had just had an ear infection and it is not uncommon for the infection to move to the joints and for children to get toxic synovitis and experience significant pain. Over the weekend his pain worsened even with a strict regimen of Tylenol and ibuprofen every few hours. By Sunday he had essentially stopped walking and was wanting us to carry him every where because of the pain. On Monday, February 4th the pediatrician got him an appointment with a pediatric orthopedist at UVA Children’s. That lead to an eventual admission into the ER for imaging and tests, which turned into an admission to the hospital. We were all suspecting he had an infection in his joints or bone. Tuesday the 5th Jack had an MRI to assess his leg, which turned up a tumor in his pelvis. Wednesday we were told the tumor was malignant and had metastasized to his lungs. Friday we received the final diagnosis of a germ cell tumor. Saturday, February 9th, less than a week into this journey, Jack received a port and we began chemotherapy. The outpouring of love and support for our family in this last week has been overwhelming, to say the least. We are a part of a caring community and are humbled by all of you. The support we have received has truly allowed us to let go of the day to day and focus on what we need to attack this disease head on. We know we have a long road ahead. But, even in this trying week, we have had laughs. We hope we can use this site to share the ups, the downs, the laughs and the cries with all who love Jack so much. We're ready to face this thing head on! #aintnobodygottimeforcancer #jackattack