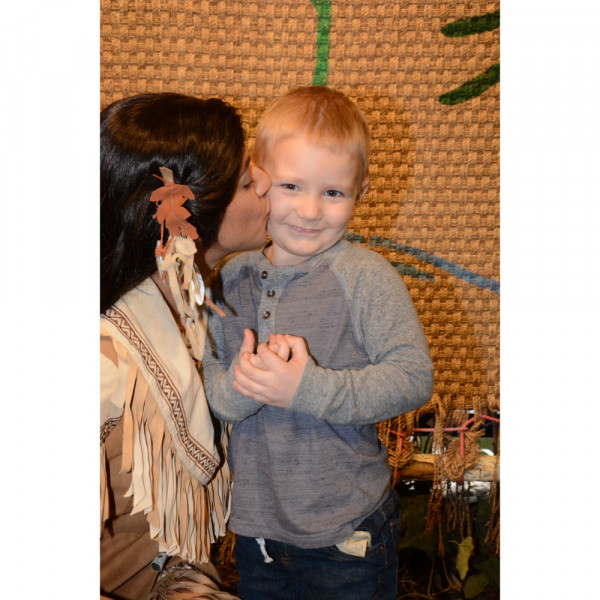 Axel's Cancer Journey: On September 16, 2018, when Axel was only 2 ½ years old, he was diagnosed with Stage IV Neuroblastoma. Saying this came as a shock would be an understatement. Axel had seemed like a completely normal child prior to that month. As a result of this newfound cancer diagnosis, Ax began chemotherapy immediately. He underwent 7 rounds of chemo and after we were so blessed to be told that he was NED (No Evidence of Disease). However, with all cancer diagnosis, the entire course of treatment must be completed, and so we did. After chemotherapy Axel underwent a bone marrow transplant, months of immunotherapy, and 15 rounds of radiation; before finally completing treatment in Nov of 2016. But as with all great things, his victory unfortunately was short-lived and Axel was diagnosed with Relapsed Stage IV Neuroblastoma, with less than a 10 % chance of survival, in March 2017. Axel began treatment again almost immediately. He again endured countless chemo and immunotherapy treatments, plus an additional 10 rounds of radiation, all to no avail. So we began our desperate search for a treatment trial across the United States. In July Ax underwent a MIBG radiation trial in San Francisco and as one, final, last ditch effort, underwent the Neuroblastoma T-cell trial in Seattle in November of 2017. For those two months I held my breathe, I prayed, I knelt on the ground and begged God not to take him, But only two days before Christmas the team in Seattle advised me that our last attempt at saving Ax was unsuccessful. We flew home devastated the next morning and when we returned, Ax began palliative care. Axel's health began to deteriorate rapidly after returning home so we expedited his Make a Wish trip to Disney World. When we returned from Florida, I made the hardest, most heart wrenching decision of my life and I signed his DNR; Ax was transferred to hospice care in Feb 2018. After a tough 2 1/2 year fight, Axel Michael Timmons finally won his battle with cancer on March 13th, 2018 when he was granted his angel wings and made his way into the gates of Heaven. Ax was the light of my life and honestly IS the bravest, most inspiring person I have ever known. He was always happy, even when he had no reason to be. He was a kind and gentle soul, charismatic and funny. I vow to help others in honor and memory of Axel and to keep his memory alive for the remainder of my life. Please find a cure. Axel Michael Timmons Stage IV Neuroblastoma 03/27/2013 - 03/13/2018