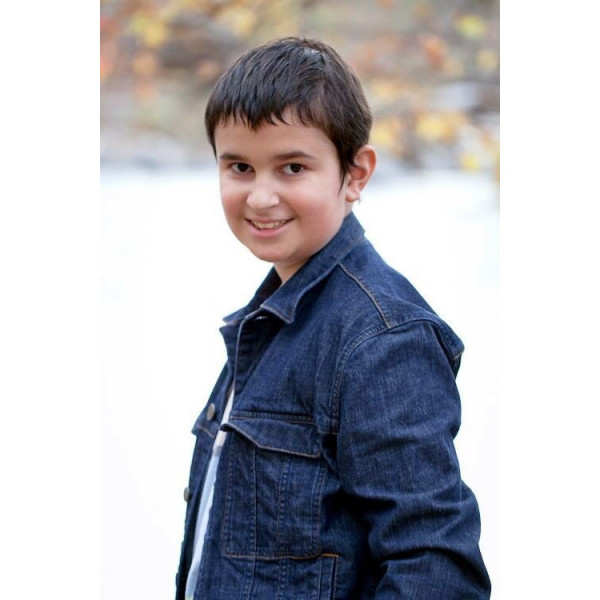 My son Daniel could light up a room with his smile. His karate sensais called him Mr. Smiley because he couldn’t stop smiling even when he was testing for his black belt. He loved sports and hanging out with friends. He was the captain of his basketball team. The boys liked him, the girls liked him, and the little kids thought he was the bomb. Even his teachers liked him in spite of a distinctly mediocre academic record. He was a smiling, charming, thoughtful goofball. At the age of 11, he was diagnosed with osteosarcoma, a fairly common pediatric cancer with a poor prognosis; it is the leading cause of death by disease for kids ages 10 – 20 in the United States. Through two years of treatment, 15 surgeries, 20 rounds of high dose chemo, sepsis, over 130 nights in the hospital, a tortuous clinical trial, radiation, and more, Daniel smiled, and smiled and smiled. He never gave up. And because Daniel never gave up, I could not give up, even when he was dying. So, I taught myself genetics so that I could do what I do best: analyze data, the genetic data of his tumor. In doing this, I identified 2 drugs which targeted mutations in his tumor. I persuaded his doctor to prescribe them. Instead of dying within a couple of weeks of his terminal diagnosis as everyone expected, he lived almost 6 more months, precious months filled with life. On August 28, 2016, two years from his diagnosis, Daniel died from osteosarcoma. He was 13 years old. As my 25 year old nephew, a Marine, said to me the day after Daniel died, “Daniel was tough. Really, really tough.” My smiling, charming, happy kid was the toughest, bravest person I have ever met. When Daniel was dying, he would say to me, “Look for the light, Momma. Look for the light.” Please help us look for the light to help cure osteosarcoma.