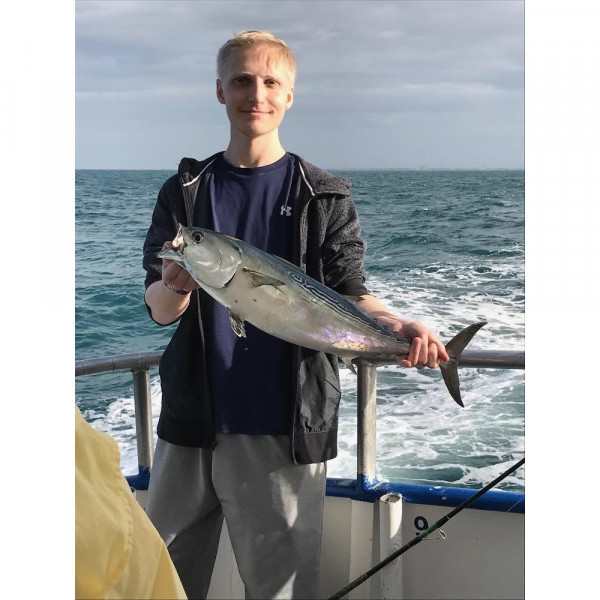 In early 2014, the shocking news came that Austin had cancer. It was shocking that a young healthy athlete had cancer. The family was told, “thankfully there is a 30-year proven treatment plan and we no longer need to rely on amputation”. When the family came out on the other side of a three year battle, they realized the following would have been more accurate: “unfortunately, this is the only treatment plan for osteosarcoma that we have had in over 30 years and it more than likely will not work”. Austin was an incredibly bright and insightful young man. He methodically thought through and endured all of the recommended treatments, always offering someone a smile while trying to live a normal teenage life. During his battle, Austin suffered excruciating pain from a broken leg, underwent countless hours receiving aggressive inpatient chemotherapy and radiation treatments with multiple side effects, had rotationplasty surgery and several lung surgeries. He was told there were no other options. He organized his stuff, he kept busy by selling stuff, he gave a few birthday gifts and cards to some very lucky people. He died from osteosarcoma May 5, 2017 at home. Austin did nothing wrong, he did every treatment plan that was recommended. The lack of medical research in osteosarcoma failed him. To quote Austin and one of his best friends: "If not now, when?"