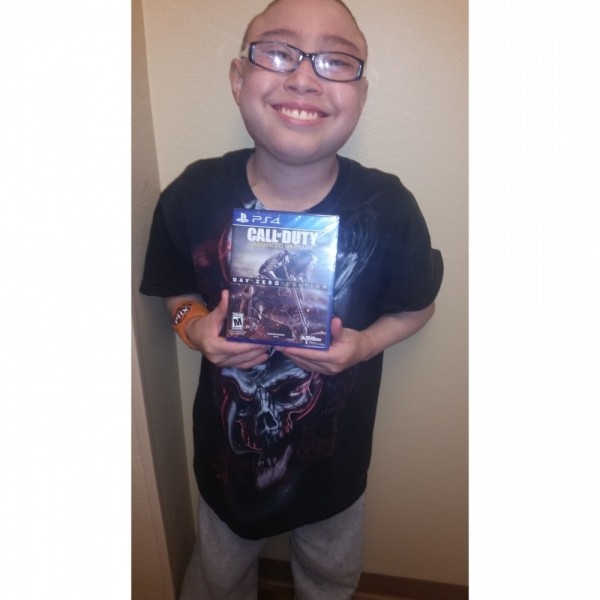 Lorrenzo John Griego was embraced into God's everlasting life on December 19, 2015 Lo, as he was affectionately known, was born on December 23, 2000 in Ft. Bragg, North Carolina. He is survived by his mother, Megan Griego; sister, Elena; brother, Joaquin; father, Dominic Griego; his grandmothers, Theresa Chavez and Lita Griego and great grandmothers, Esther Chavez and Delfina Griego. He was a young man whose commitment to God and life were demonstrated through intelligence, understanding and wisdom beyond his young age. Â· As an avid soccer player, many teams looked at him to supplement their team. His choice for team was based on skill level of the team players and how he could best contribute to the team, the sport, and enhance his competence as a competitive soccer player. He may have been the shortest player on the team, but he always gave it his all. Â· When he made his First Communion, it was one of the happiest days of his life. Lo understood who God is, His love, His grace, His mercy, and that God loved him so much that he could share in God's abundance and partake of God's food through communion. The drive to excel helped him in his struggle after his transplant surgery to rid his body of adrenoleukodystrophy which had already taken his uncle and 4 of his cousins. It was a difficult year and a half, but his desire to 'get better' was his life's beacon. Lo understood the inherent difficulties he might face, but all the while his smile was signal to all that he would survive. His strength was contagious to all who came into contact with him. Many of the medical staff would softly tell him that he was their best and favorite patient. Many of the procedures were lengthy and frequent, but he endured them with grace and strength. His mother, Megan, was constantly as his side supporting him through every step of the process. It is because of her that Lo enjoyed life to the fullest. Without the support and love of Lo's grandmother who took care of our fmaily in Albuquerque for me during the this difficult period, and then moving to Phoenix to continue helping care for Lo, this journey for all of us would have been insurmountable. His death brings great sadness to all who knew him. We know he is in heaven with our LORD, but we can't help but wish that he was still among us. The memories that we have of Lo are numerous and will sustain us as we go through this period of sorrow. ALL the medical staff at Phoenix Children's Hospital will forever be in our hearts and prayers