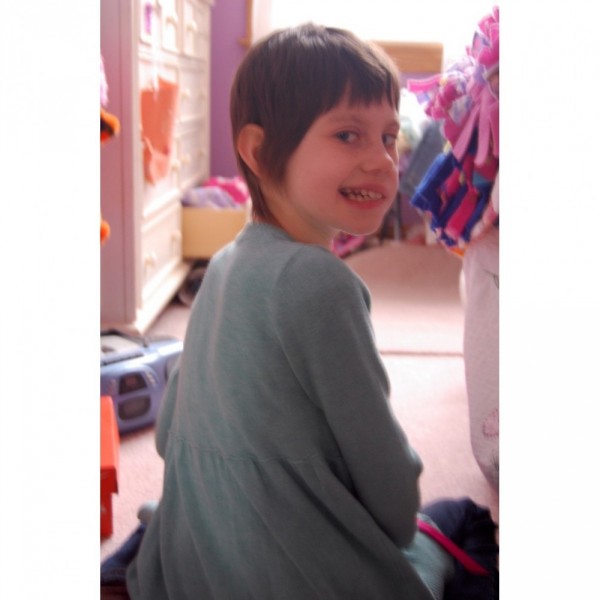 Alexa’s Brave Journey with Brain Cancer In early May 2006, eight year old Alexa from Clyde, Ohio started showing several odd medical symptoms, but nothing that seemed too alarming. She had several headaches, double and blurry vision, and some dizziness. Alexa's parents Warren and Wendy figured she might be having eye problems. On May 11, 2006 Alexa saw the family doctor, Jonathan Diller. After a general exam all appeared okay except for her inability to perform a heel to toe, straight line walk. Dr. Diller immediately ordered a MRI. The MRI showed a tumor in Alexa's brain. Alexa’s surgery at St. Vincent’s Hospital in Toledo was scheduled for May 12, 2006. The tumor was in the cerebellum and it is called medulloblastoma. The tumor was removed after 4 hours of surgery and was found to be malignant. Alexa developed delayed onset loss of speech, unsteadiness, and irritability. This syndrome is called cerebellar mutism. Alexa underwent speech, physical, and occupational therapy. She began radiation therapy on 06/12/06. On June 19 she began a small weekly dose of chemotherapy. Chemo was increased when the 6-week radiation period stopped. Radiation was completed in early Aug '06. Alexa went through 9 cycles of chemo. which ended in July 2007. Clear MRI’s post surgery until May 2008 May 2008 MRI- The cancer is back. As Alexa calls it, this stupid cancer, will be dealt w/ via some form of chemo in combination w/ stem cell therapy. There are “drops” on her spine along with a frosting like coating of cancer cells. August 2008- Alexa will begin her third cycle of high dose chemo soon. Stem cell harvesting will take place when cycle is complete. Stem cell harvesting and transplant will take place in Columbus. Feb. 2009- Alexa completed the high dose chemo followed by a stem cell transplant. She was in isolation for 3 weeks in Columbus. In December, Alexa had 2 & 1/2 more weeks of radiation to her spine. Next MRI is scheduled for first week in March. March 2009 MRI- Stable April/May 2009- Alexa had been experiencing severe leg pain and was no longer able to use her legs. MRI- The cancer was now worsening in her spine. There are more tumors and the coating is thicker. We search for more options. June 2009- Alexa goes to Vermont in hopes to begin an experimental trial. The MRI results DISQUALIFIED Alexa and we are sent home. The MRI showed the cancer in her spine is growing and that the cancer is back in her brain. There is one tumor in the 4th ventricle, and other spots on the brain as well as the brain stem. No surgery, No radiation, No chemo, no answers. June 2009- Alexa was put on an aggressive nutritional supplement plan. We continue to search for more options. July 3rd, 2009-Alexa was very sick and complaining of an excruciating headache. She was taken to the hospital. In the middle of the night something happened in her brain leaving her unable to communicate. July 5th 2009-Alexa is home with Hospice care. We have been blessed with days or maybe weeks of extra time with our little hero. August 6th, 2009-Alexa flew to Heaven on the wings of angels. Thank you for supporting our Angel, Alexa, and the more than 300,000 kids worldwide who will be diagnosed with cancer this year. By sharing the gifts of your time, talent and money with the St. Baldrick’s Foundation, you're supporting research to give all kids with cancer a better chance for a cure.