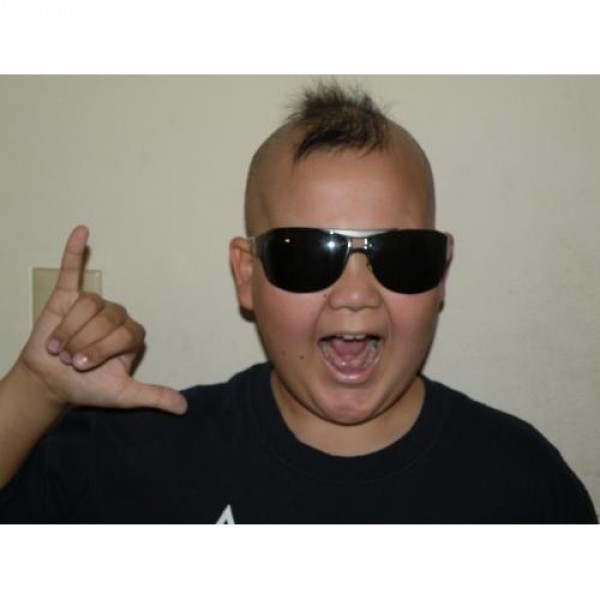 Thai was special 11 year old kid, not only because he fought T Cell Lymphoma (Non-Hodgkins ) 3 times in his short life. He was originally diagnosed in 2003, when he was just 6 and was in remission until May 2008 when by God's grace he hurt his shoulder on a trampoline. The swelling in his shoulder was the only indication that something was wrong, but upon CT scan the doctors discovered a large tumor in Thai's chest. Thus, our journey began again! On December 17, 2008, after 7 months of chemotherapy, Thai achieved remission and qualified for a bone marrow transplant which he received from his sister, Lea on 1/16/09. Despite the fact that Thai flew through transplant and broke several hospital records for the rate at which he recovered, he unfortunately broke another record. Just 58 days after his transplant, Thai relapsed for the 2nd time. He continued to fight, with chemo and everything else they threw at him, but on July 15th 2009 his body had had enough. He passed away at St. Joseph's hospital, his second home, surrounded by the people he loved. Although we will miss his quick wit and B-Awesome personality (as Thai would say) we know Thai is sitting on a lake in heaven enjoying his eternal fishing trip. Please consider donated your time, money and anything else you'd love to give in honor of this amazing child and the thousands of others diagnosed each year.