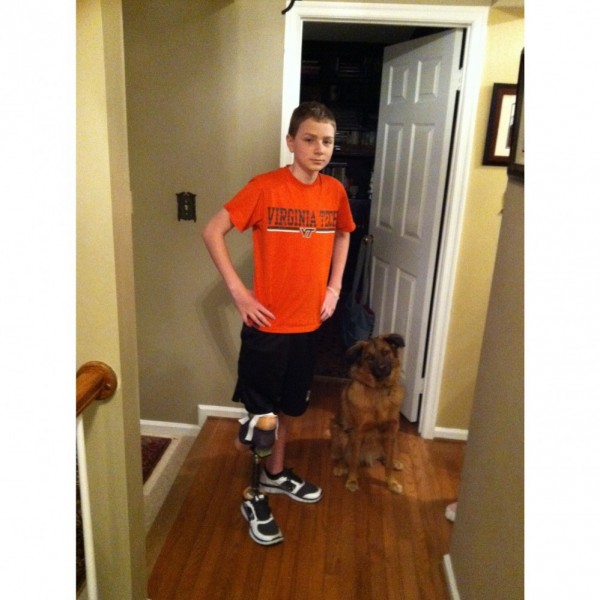 Andrew is a 14 year old boy who has completed treatment for Osteosarcoma of his right distal femur October 28, 2010. Then, 9 months after finishing chemo, a routine scan found two spots in Andrew's lungs which were confirmed under later scans to be cancer recurrences. Andrew had two chest surgeries to remove the tumors and then underwent 9 more months of chemo. He finished this latest series of chemo in June 2012. In November 2012, we found out that Andrew's graft had begun to fail once again. Andrew chose to undergo a Rotationplasty and has just received his 1st carbon fiber below the knee prosthetic. We was NED on his last chest scan in March 2013. Andrew has faced immense challenges with courage and determination. He's spent over 220 nights in the hospital and missed months of school. Despite these setbacks he's optimistic, smart, and faithful to God for ultimate healing. He remains the amazing kid we knew before this disease and has, in many ways, become even stronger as a result of having cancer. Andrew is shaving his head to support his friend, Andrew Christianson in his battle with leukemia and his lil' buddies, Colby and Joe Joe!