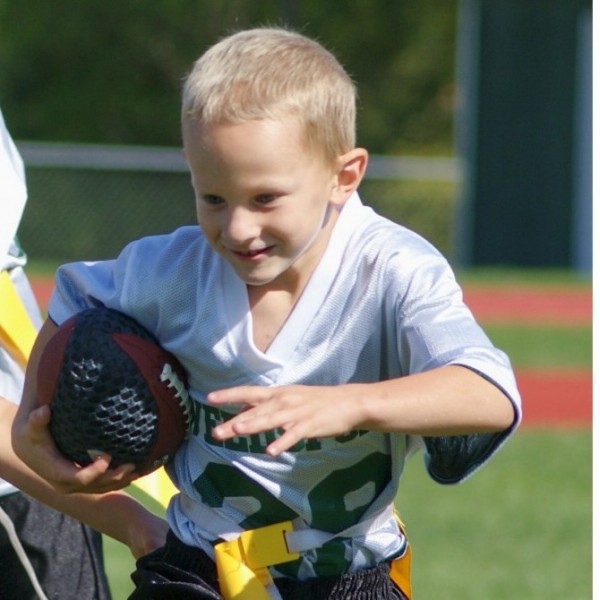 Michael "Motorcycle" McBride was diagnosed with Stage 3 Cancer - Wilm's Tumor Favorable Histology on 1/19/10. He underwent surgery on 1/22/10 to remove a softball size tumor and also his entire right kidney. He endured radiation and 25 weeks of chemotherapy. 7 days after his surgery and before his chemo and radiation started - he was doing all his favorite things, riding snowmobiles, riding his 4-wheeler and playing with his big brother Parker (age 6) and his dog "Bo". His spirit, strenght and humor will always be our inspiration - Michael is a true Warrior and Hero to all who know him-and even those that don't! Unfortunately at his end of treatment scans in August of 2010 new tumors were found in his lungs and one month later another in his belly. We moved his treatment to CHOP, Children's of Philadelphia where he underwent more aggressive chemotherapy, surgery and a stem cell harvest which unfortunately did not prevent the growth of the 20+ tumors in his lungs. He underwent surgery in February of 2011 to remove the tumor from his belly and he completed 12 days of full lung/belly radiation on March 4, 2011. On May 19th Michael was feeling as good as he had in months, we left on his Make A Wish trip to Disney~4 days later we were on an emergency flight to CHOP as he became gravely ill in a matter of hours the same day he played in the Ocean for the very first & last time of his short life....We spent 2+weeks at CHOP and then were given the grace of God to be able to Medi-vac Michael back home, his home, to pass on to his eternal life with his family and his beloved "BO" by his side ~ free of his terrible pain and suffering forever.... We love you & miss you more than we can ever express little buddy - you are forever a part of us and forever in our hearts & souls....we are raising money to fight this beast in your "honor".....You are the bravest Warrior and you have made an incredible impact on this earth in your 6 short years here with us....Loving you to the Moon and Back, Always - Mommy, Daddy & Parker. www.caringbridge.org/visit/michaelmcbride