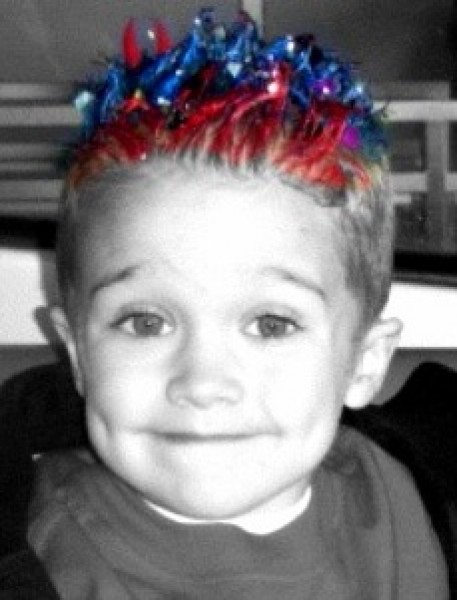 Grant started limping in January 2008. He continued after many trips to the pediatrician and to Hughston Orthopedic. No one found anything strange. In the spring he started complaining of his back hurting. July 28 he began to walk funky and hold himself in a strange way. The next day the pediatrician was more concerned than he had been. We went for X rays, then a CT. The Radiologist thought it looked like LCH or Ewings Sarcoma. His L5 vertebrae was almost completely destroyed and he had another spot on his 10th rib and on his skull. We went to Scottish Rite the next week. Our oncologist was almost certain it was Ewings before the biopsy. But thank God, the biopsy confirmed that it was LCH. He started on Methotrexate and Prednisone in August 2008. In November 2008 he developed a new spot on his skull. He started Vinblastine immediately. During the 6 week induction period he grew a new spot on his forehead. So we are repeating the induction currently. He finishes the 6 weeks next week! Then we have a PET scan and hopefully move onto maintenance. Thank you for your support!