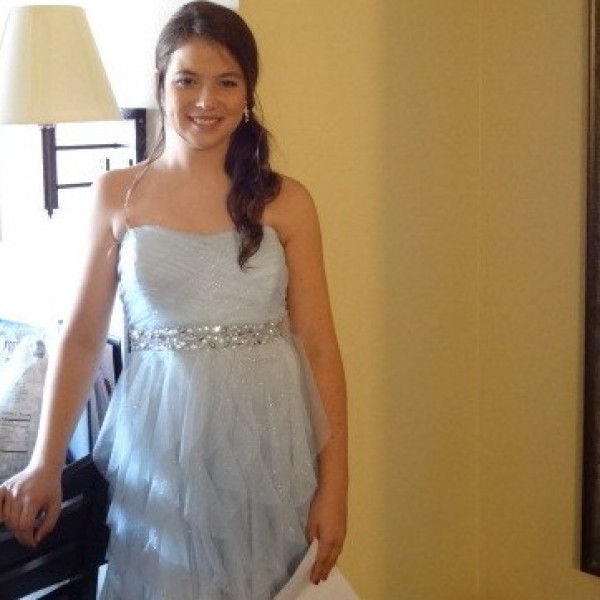 On February 11, 2002, Lily fought her way into this world with a bit of a struggle. We thought that would be the worst of it for our family as we had never experienced the world of cancer. Shortly after her 3rd birthday in March, 2005, we discovered a large lump in her neck near her salivary gland. The doctors were puzzled but began treating her conservatively with antibiotics thinking this was some sort of infection. Three weeks later, our ENT (ear, nose, throat) specialist suggested a CT scan to help determine what this was as the antibiotics had not helped to treat it at all. The CT result showed a large mass but was unidentified as far as a diagnosis. The CT pictures were sent to many radiologists around the city of Chicago, but no one was able to tell us what this lump was called. As we grew more nervous, we agreed that an excision and biopsy of the mass was now our only avenue. We assumed that the mass would be snipped and removed and we could get back to life as usual. On April 22, 2005, our little snow globe of a world was shaken violently. Lily's lump was given a name, although that would soon change. We were told that our youngest daughter, just 3 years old, had a malignancy. The doctor told us that we would not know what type of malignancy this was until the pathology was done. About 5 days later, we were then told that Lily's tumor was NOT a malignancy, but was benign, and we should go on and live our lives as there was nothing wrong; nothing to worry about. Within 2 weeks after the surgery, Lily's face began to swell up on the one side. The surgeon told us it was probably just fluid from the surgery and it should go away. By now, it was the middle of May, and our pediatrician, who treats our children as if they were her own, was becoming very concerned. She called us late one afternoon and said that she did not agree with the pathologist and asked if we would like to get a second opinion. At the end of May, 2005, we met with some wonderful oncologists at Hope Childrens Hospital who were just as puzzled as the rest of us. We had presented them with all of Lilys records from the biopsy back to the original doctors visits including the CT scan. This wonderful pair of oncologists immediately sent Lily's records to the Mayo Clinic and St. Judes Childrens Hospital. In addition, they had Lily scheduled for an MRI and another CT scan. One week later, they asked us to come in the next morning for an appointment. We were excited to have them confirm that the swelling was fluid and that we had nothing to worry about. In fact, our snow globe was, again shaken as violently as before. It was, as was originally feared, a malignancy. Both St. Judes and Mayo reported independently, that this was the rarest of rare tumors. And with Lily being only 3, being a female, with the size of tumor and its location (which was confirmed to be in her jawbone), the veracity and invasiveness of the tumor, Lily was in a class all by herself. In June, she began weekly chemo treatments which were doable with the exception that we had to endure having our baby have a needle stuck into her chest through a port that was surgically implanted one week earlier. Lily was a real trooper and for the next 14 months, she was in and out of the hospital with fevers and illnesses that chemo patients cant just stay home for. The chemo didn't appear to be working as we neared the end of the protocol, and the only solution was for Lily's jaw to be removed, with the hope that the entire tumor would also be removed. We met with a team of doctors from Childrens Memorial Hospital who were somewhat confident that the tumor could be removed. The murkiness came with the possibility that the tumor would leave behind cells that were undetectable and another tumor could begin growing. Also, the real probability that the reconstruction of Lily's jawbone would not be successful due to her size. Numerous surgeries would be required and increase her possibility of infection and facial paralysis. Finally, the team called on St. Judes once again and with the help of our oncologists and the doctors at St. Judes, the doctors at Childrens Memorial all came to the same conclusion. The risks of the surgery far outweighed the benefits; therefore, we decided we would monitor the tumor with regular MRIs and oncology visits. Lily is now 7. She is bright, happy, and extremely outgoing. In fact she is fearless. She is a most compassionate friend to many. Lily knows more than most 7-year-olds should know regarding the medical field and cancer. As we all know, this makes her who she is and we are all better for it. Lily's tumor is now stable. It has not changed in size, nor is it showing signs of becoming active for now. She has MRIs on a regular basis and sees her oncologists every 3 months. While her journey is not over, she is one of the strongest individuals we have ever met. In fact, she is our hero.