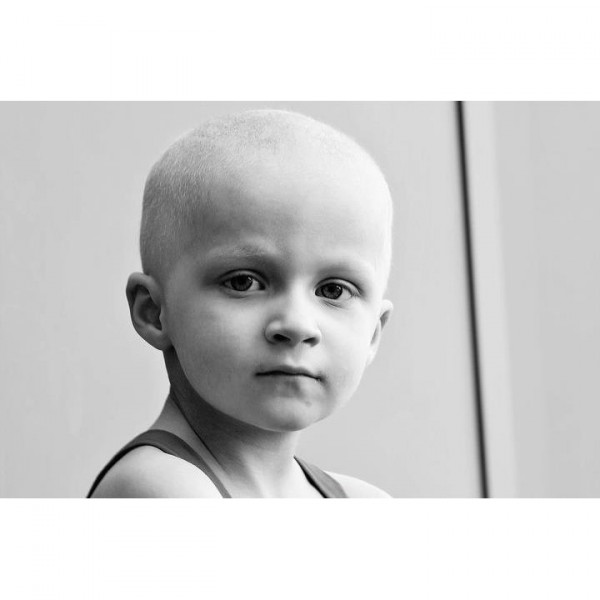 After a month and a half of high fevers and pain in Madelyn’s abdomen, Madelyn was diagnosed with Stage 4 High Risk Neuroblastoma in September 2010. She was a couple of months away from turning 3. What should have been 12-18 months of treatment turned into almost 4 years. After 6 rounds of chemotherapy, a stem cell harvest, and tumor resection, we found out that Madelyn was not responding to treatment. We went ahead with stem cell transplant hoping that would help. Madelyn came out of transplant with the same amount a disease. We then had to seek treatment out of state. We traveling to San Francisco for a treatment called MIBG Therapy. With this treatment she would be in a plastic lined room with a large leaded wall to protect us from the radioactive material that Madelyn was injected with. 6 weeks later we find out that it was a success. After one round Madelyn had one spot left. We then did a second round of MIBG therapy. Madelyn then did a clinical trial with fenretinide and ketoconazole for 10 months. This required us to be in San Francisco every 3-6 weeks. Her second round didn’t get rid of the spot. Madelyn then did 20 rounds of radiation. Spot was still there. She then did a second surgery to remove the spot that was still there. January 2013 Madelyn finally had her first clear scans. We could consider her NED, no evidence of disease. She then did 6 months of immunotherapy. This would mean that she would be in patient once a month for a week for the first 5 months. Two of the rounds she had to be admitted to the PICU because is could cause the blood pressure to drop. Then she would do 2 weeks of Accutane. The 6th month would just be 2 weeks of Accutane. Once she finished that and was still NED. We moved onto maintenance therapy for the next 12 months. All while starting kindergarten.

I can honestly say that my daughter would not be here if it wasn't for foundations like St. Baldrick's.  When treatment wasn't working for her, clinical trials were our only option.

07/09/2014-Madelyn just finished a maintenance trial and just had end of treatment scans. She is still NED. It has been almost 4 years of fighting. Now she will go for scans every 3 months for the next year.

10/07/2014-Madelyn did her first set of scans since finishing treatment. She is still NED.

07/12/2019 - Madelyn has now been 5 years off treatment.  She has been transitioned from oncology to the Hope Clinic.  She will now be checked annually.