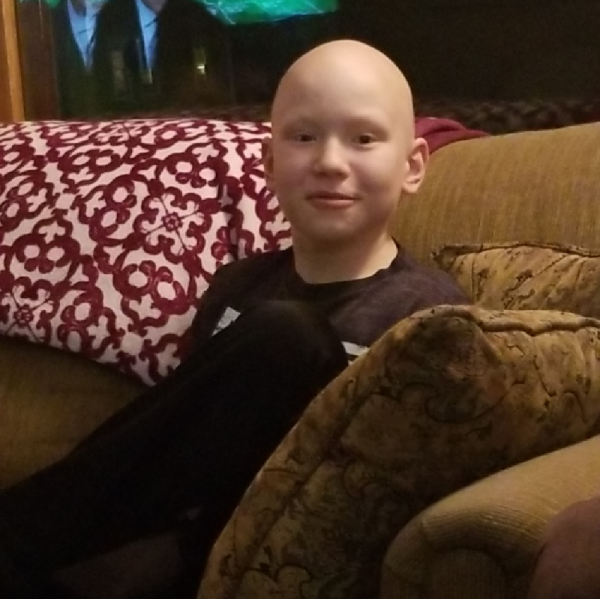 Derek is an 12 year old sixth grader from Dell Rapids South Dakota. He loves Dell Rapids and is a friend to everyone he meets. He loves his family, baseball, comics, and his dog Jeter. He hopes to be a teacher, engineer or doctor when he grows up, he just needs the chance.

Derek began complaining of early morning dizziness and occasional vomiting in mornings during October. An appointment with his pediatrician and CAT scan on November 6th found a mass at the base of his skull. A golf ball sized tumor was blocking the flow of spinal fluid to his brain. The tumor was effecting his balance and vision, hence the dizziness and the vomiting was spinal fluid that had built up in the night. Derek underwent surgery to remove a tumor from the base of his skull Wednesday Nov. 7th. The tumor was malignant. Derek has been diagnosed with Medulloblastoma. He  underwent 7 weeks of Proton radiation therapy and chemotherapy at Mayo Clinic is Rochester Minnesota.  Derek and his family lived the Ronald McDonald House in Rochester from first week of December to the middle of January with his parents rotating weeks to spend with their son while the other worked. Derek is responding well to treatment at this time. Derek completed a year of inpatient and outpatient chemotherapy; 54 total chemo doses,  in January of 2020. He is now in physical and occupational therapy fighting chemo side effects. His scans have been clear so far.  #fightDerekfight