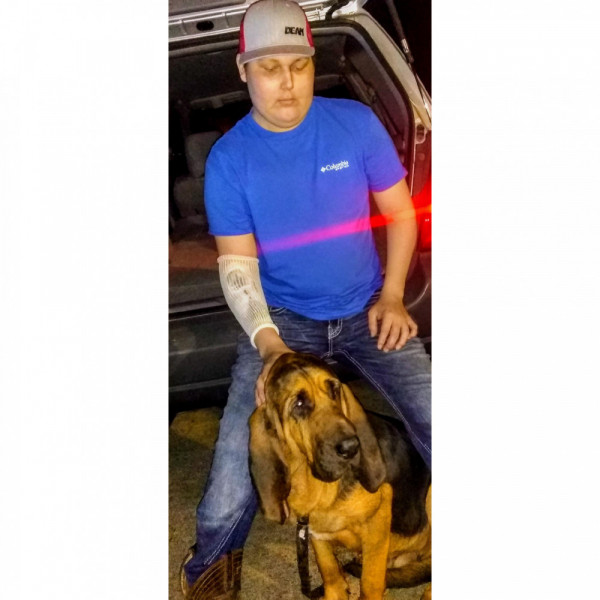 In 2015, at age 15, Bailey Rink was a rising star on his high school football team. He played tackle as a member of the Lumberton Panthers. That same year, Bailey was diagnosed with t cell Acute Lymphoblastic leukemia (ALL), ultimately ending his high school football career. The school retired his football jersey, number 35, in 2016. In October 2017, as Bailey was entering the last stages of recovery he relapsed and required radiation, chemotherapy, and blood transfusions, as well as a bone marrow transplant in March 2018. In the course of his illness, Bailey has suffered multiple infections. An infection in his heart caused it to malfunction and created sores all over his body, especially on his hands which he could not use for weeks. During his battle with cancer, Bailey has endured numerous, three to four month-stays in the hospital, and has lost his hair four times, but he has never lost his will to keep going. He continues to undergo treatment. Today, Bailey lives at home in Mississippi with his mother and two younger sisters Brianna and Bridgitt. He also has an older brother named Bryce. Bailey has a quiet, laid-back personality, and is well liked by many. He warms up quickly with a great sense of humor but is known to have a mischievous side. When he’s not in the hospital, Bailey works toward earning his full high school diploma. His favorite subject is U.S history. He dreams of traveling the United States and abroad, and possibly earning a pilot’s license or becoming a welder. Bailey finds solace in nature and when he is able, he loves fishing and hunting, especially with his loyal companion Beauregard, a 120-lb bloodhound. He also loves riding his 4-wheeler, but since his diagnosis, he is cautious about going too fast. With his 19th birthday approaching on March 28, Bailey admits that having cancer has forced him to live healthier, including eating a restricted diet. Meanwhile, he yearns for the day when he can eat strawberries and a big tray of boiled crawfish! When asked what advice he would give to someone newly diagnosed with leukemia, Bailey suggested, “Don’t get sad about it. Don’t let it bring you down. It helps to be outside, to be in nature.” He adds, “I don’t feel sorry for myself. There are people who are experiencing worse things than I have.” Thank you for your support and for taking the time to learn about Bailey.