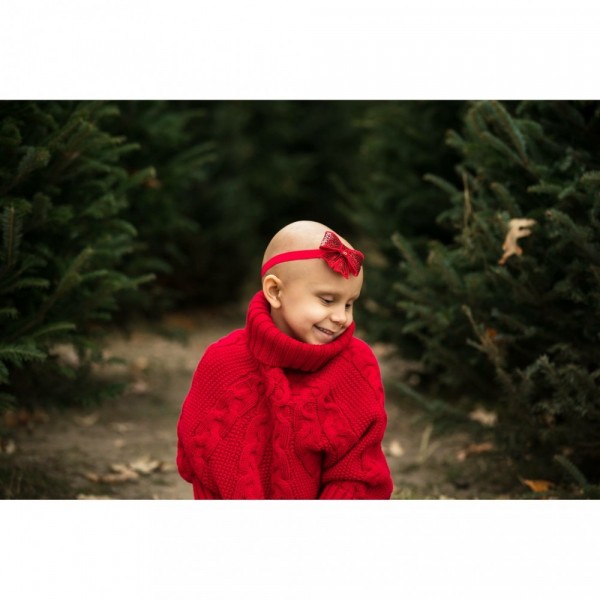 March 2nd 2017 Kimber woke up in the middle of the night crying complaining of leg pain. Like any other parent we attributed the night leg pain to "growing pains ". In the morning she was her cheerful self but limping still complaining of her leg. On March 3rd, she still wouldn't put down her leg so we decided to take her to the doctor . She ended up getting x rays and blood work. The X-rays revealed a dark spot on her right tibia . That following Monday , March 6th 2017 Kimber got an MRI that showed an unusual growth inside of the bone and the surrounding tissue. On March 20th we traveled to D.C. where Kimber got an ultrasound guided bone and soft tissue biopsy . We had to travel to D.C. Because Kimber needed to see a special pediatric orthopedic oncologist. Friday March 24th we welcomed our second child into the world , Vada. March 27th a few short hours after bringing baby Vada home we received the news that Kimbers bone biopsy results were not great and that she had cancer . Kimber has been diagnosed with Ewing's sarcoma. Kimber got her central line surgically placed on March 30th. Kimber received her first chemotherapy on April 3rd 2017 July 10th. 2017 Kimbers limb salvage surgery in D.C. December 11, 2017 Kimber has since July undergone 4 more rounds of chemotherapy . 8 rounds total . December 27,2017 : Kimber was able to spend Christmas at home with us ! She was spoiled rotten ! Kimber has handlers her treatments considerably well , she’s had minimal setbacks and she gets around despite only having one leg available to her .