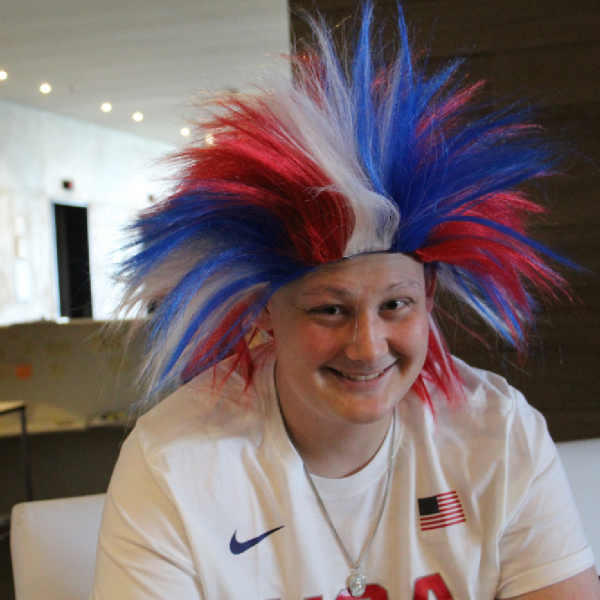 David was first diagnosed with Osteosarcoma in March 2014, shortly after his fifteenth birthday. He fought for 3 years and 8 months, enduring 5 major surgeries, multiple rounds of chemotherapy and radiation, and re-learning how to walk TWICE. David passed away peacefully at home at 18 years old on November 30th, 2017.David left behind his loving mother, Christiane, his devoted sister, Gabrielle, and the love of his life, Alicia O’Neil. He also left behind a loving circle of family, dogs, and friends including his best friend Alex, and his ‘Big Brother,’ Mark.Those who knew him best described David as unwavering loyal to those he loved. Whether David was tasked, as Dog-uncle, with taking Gabrielle’s sick puppy to the veterinarian, or if he was asked to motivate his basketball team at the end of the fourth quarter, or chose to make care bags for sick children as an Eagle Scout, David never faltered, and strove to exceed the expectations of his family, friends, teachers, and coaches.His kindness and thoughtfulness were unmatched. He could always see the good in others, even when they hurt him. Simply put, his heart was made of gold. During his entire cancer journey, he kept a smile on his face and made an effort to support those around him. Even on the night before his passing, David experienced some chest pain and trouble breathing. Carolle O'Neil came over to help but David insisted she not share with her daughter (David’s love), Alicia, that this was going on. David wanted her focus to be on her English paper.Although his life was far too short, David (being David) accomplished more than many can even aspire to. He graduated from Rockville High School’s International Baccalaureate program, he played varsity basketball, he attained his Eagle Scout, and he was admitted to St. Mary’s College of Maryland.David spent his free time playing as much basketball as he could, cheering on the Phoenix Suns, making Alicia smile and feel loved, making the best steaks on his grill, camping (but not hiking), playing video games when he was sick, helping others, and jumping into every body of water he was near.This fund was created to remind those that loved David of the incredible person he was and to fund research for better treatments to prevent and cure this horrendous disease. David, self-proclaimed “Mr. Splash”, will live on in memories, spirit, and the good done during his lifetime and now forever after.