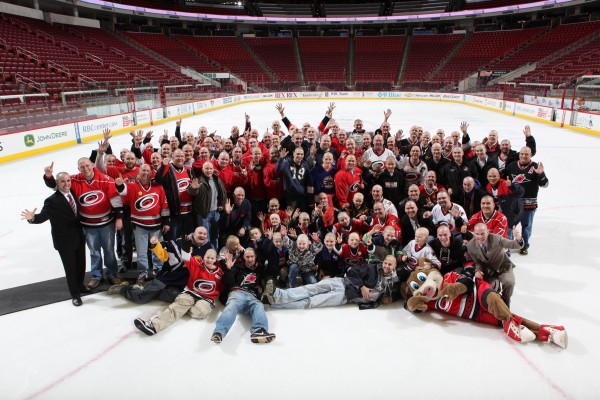 The Carolina Hurricanes are once again supporting the St. Baldrick's Foundation. The team, in conjunction with 96 Rock, is offering fans free tickets to its game against the Buffalo Sabres on Feb. 11, if they are willing to have their locks shorn for St. Baldrick's prior to the game. The Hurricanes have reserved 100 pairs of tickets for the game against the Sabres to encourage fans to support St. Baldrick's, and each fan who shaves his or her head will receive two tickets to that night's game, while supplies last. Beginning at 4:30 p.m., Salt from 96 Rock will be on hand, assisting a team of stylists in the head shaving activities on stage on the RBC Center's South Lawn (side that faces the football stadium). FOX Sports Carolinas television analyst Tripp Tracy and Hurricanes Radio Network play-by-play announcer Chuck Kaiton will each have their heads shaved live at ice level by childhood cancer patients from UNC Children's Hospital during the second intermission of the game that night. Hurricanes television play-by-play announcer John Forslund will emcee the event, which will also be shown live during the Hurricanes game broadcast on FOX Sports Carolinas. We thank the Carolina Hurricanes for being heroes for kids with cancer!
B I