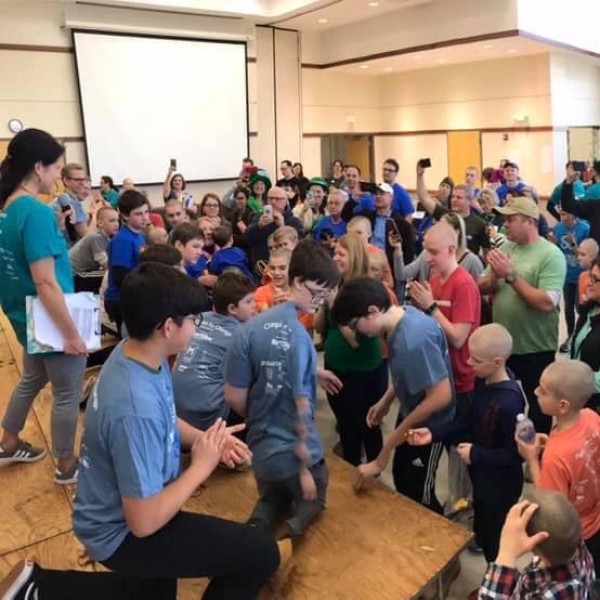 In 2012, a small group of school children, most of them under the age of ten and many still in preschool, came together to shave their heads and raise money for childhood cancer. That little group, who raised $36,271 their first year, started something much bigger than they ever could have imagined.

As the years went on, they were joined by more and more friends and classmates, neighbors and teachers, until there were nearly 200 shavees raising over $150,000 each year.
In 2020, we expect our little hometown event to hit the million dollar mark. Did you hear that? This event, which features teams of kids from public and private schools across the Heights communities, will have raised ONE MILLION DOLLARS to save the lives of children and teens with cancer.
That's a pretty big deal and one you should all be very proud of.
But not yet. There's work to be done. Join us as we reach for this milestone.