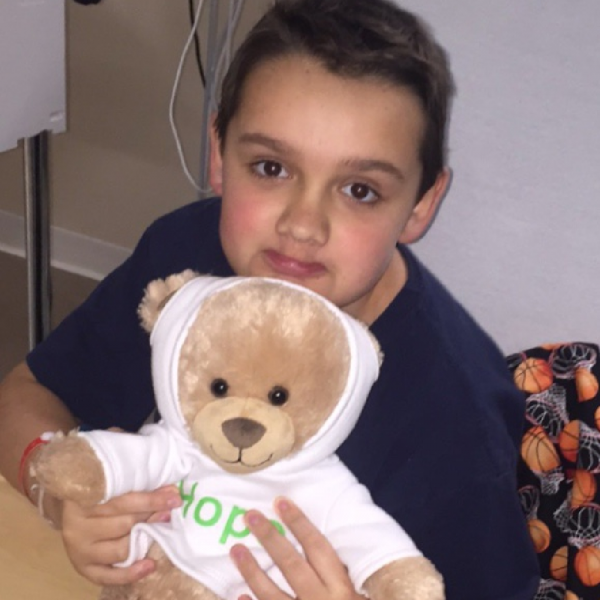 I shaved to raise money for childhood cancer research with: Team Jude

I shaved to raise money for childhood cancer research with: Team Jude

I'm shaving my head to raise money for childhood cancer research and my friend Jude!

Jude is 11 years old and no stranger to cancer.

Jude was diagnosed at 22 months with stage IV anaplastic large cell t-cell lymphoma – a rare subtype of Non-Hodgkin’s Lymphoma. He went into remission within the first month, and completed year of chemotherapy like a champ. He remained in remission for 10 months, but then his cancer returned and he resumed treatment for another 2 ½ years.

Jude remained in remission for nearly 5 years. However just two days prior to his 11th birthday this past year, the cancer returned. On December 22, 2018, Jude finished 2 cycles of his current remission, and has clean scans. This means he is moving ahead with his regimen, and he will keep fighting! Although he’s not thrilled with his balding head, he is coming around, and he is attending school and doing GREAT!

Jude’s mom Laura is a veteran pediatric oncology nurse at SSM Health Cardinal Glennon Hospital where Jude is treated and a dear friend of mine. Laura helped to bring St. Baldrick’s to St. Louis in 2004, where she served as chairperson until 2011. When her son Jude was diagnosed, the event she was already so passionate about brought a new level of passion and meaning to her. As a mother of a child with cancer, the event brought her hope, faith, and tangible opportunity to make a difference for her own family. During Jude’s times of remission, St. Baldrick’s was a way to celebrate her “peace” by “paying it forward”.